The exhibit celebrates the creation of Power of Vision’s latest mural. 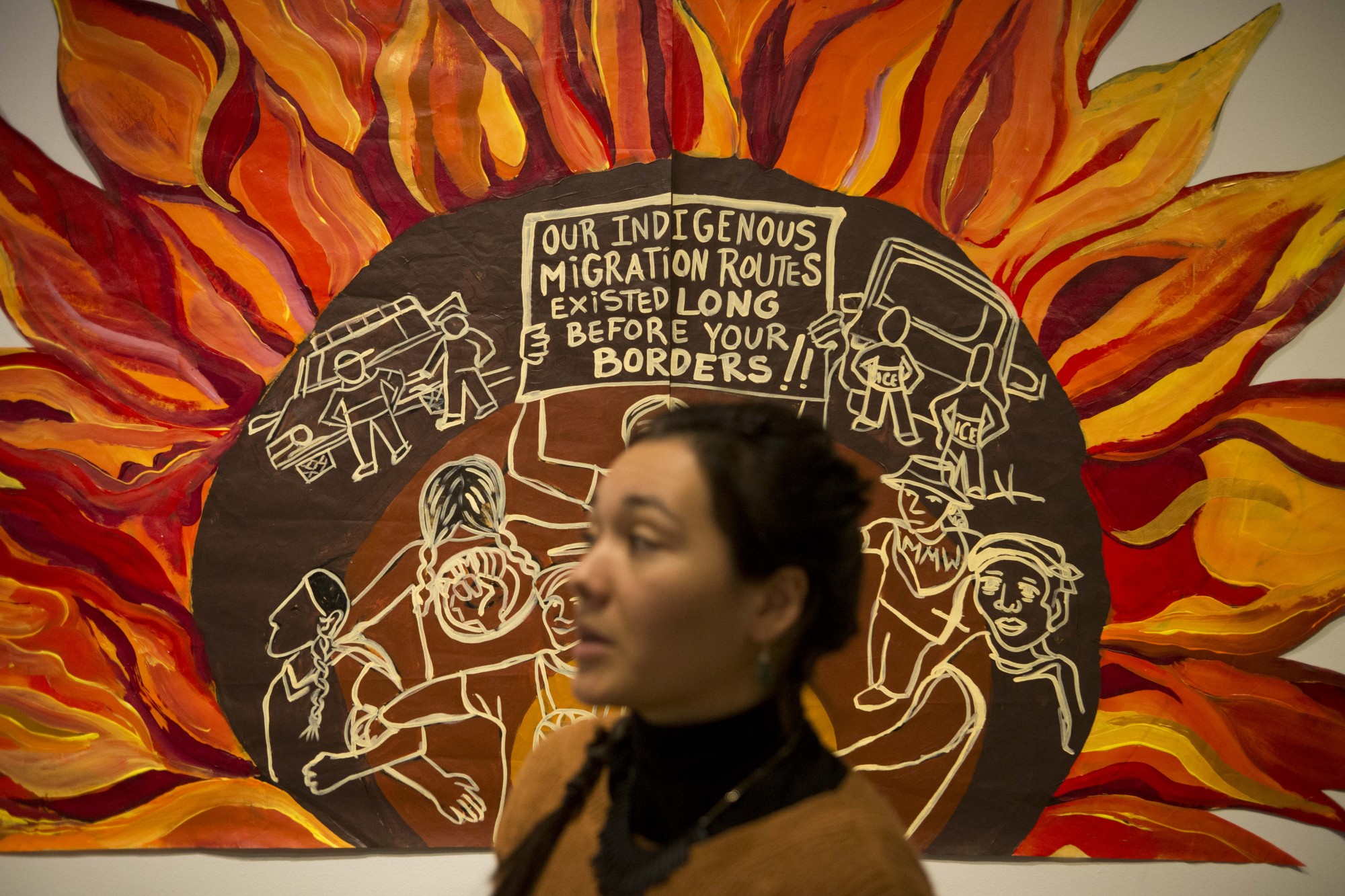 Magdalena Kaluza, one of the contributing artists at the Power of Vision Gallery Exhibit discusses a mural that was was worked on from April to September on Thursday, Nov.21. (Parker Johnson / Minnesota Daily)

Artists, activists and members of the Phillips neighborhood of Minneapolis celebrated the opening of the Power of Vision Gallery Exhibit at the Minneapolis Institute of Art on Nov. 21. The exhibit highlights the creation of a large community mural called “Defend, Grow, Nurture Phillips.” The exhibit runs until early 2020 at the museum.

The 4,000-square-foot mural occupies an entire side of the Project for Pride in Living’s administrative building on Franklin Avenue between 10th and 11th Avenue. The artwork depicts scenes inspired by the community of the diverse Phillips neighborhood.

With rent prices skyrocketing, the neighborhood currently faces an affordable housing crisis. In the past, Phillips has dealt with and had victories in monumental environmental justice cases and has been a place activists rally. Magdalena Kaluza is one of the cohort of 10 artists that worked on the mural. She has been a resident of the Phillips neighborhood since she was young and has seen the community’s struggles first hand.

“We had bars on our windows and stuff like that, but at the same time, we had great neighbors,” she said.

There is a certain spirit to the Phillips neighborhood. Through historically environmental and social injustices, the Phillips community has stayed resilient.

“It was evident that there were a lot of people that were passionate about justice,” said Kaluza.

According to Olivia Levins Holden, a coordinator of the mural and community resilience organizer for Hope Community Inc., the exhibit was created to share the mural creation process with the community. It offers a candid look at the thoughts and values behind the mural through pictures, artwork and a 10-minute video.

“It’s about continuing the conversation and … making the process demystifying,” she said.

Samie Johnson is an employee of Hope Community Inc. who also helped coordinate the mural.

To carry out the project, they said that the artist cohort began meeting biweekly in January 2019 to plan the mural. Once the team was ready to paint, they worked nearly every day for months to complete the mural before winter. Aside from the project’s lead artists, the mural would not have been possible without help from the community.

What: Power of Vision: Mural on the Ave