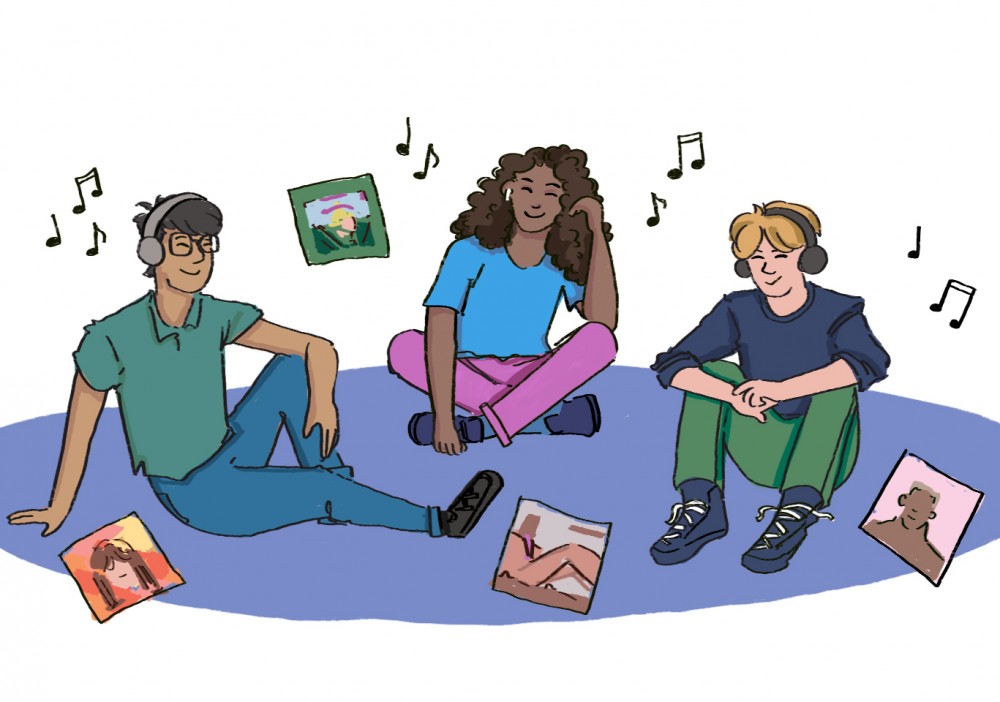 There are few albums where a heroine recognizes her own weaknesses as strengths and claims them proudly. Fiona Apple’s “Fetch the Bolt Cutters” does just that.

In Apple’s first release in eight years, she’s coming to terms with the lying, manipulation and patronization thrown at her by men. Following her last album, “The Idler Wheel,” it’s an anthem for women who have been there and are stronger for it now.

It starts with “I Want You to Love Me,” an introduction to the album almost like the beginning of a musical. The piano that comes in after quick, flitting percussion is fantasy-like and a vulnerable start to the album. Apple’s voice lightens in the chorus, asking a lover to love her.

Her gentle voice aches with a need for validation, then changes to a scream, proclaiming “And while I’m in this body, I want somebody to want / And I want, what I want and I want / You to love me.”“I Want You To Love Me” introduces the listener to a part of this sonically robust album: There comes a part in almost every song where it divulges into utter chaos.

“Shameika” harkens back to Apple’s time in middle school, reciting memories and ways in which she would keep her head down to avoid harsh words from peers. But over and over, Apple claims “Shameika said I had potential,” illuminating some hope in her.

The song is heavily percussive and quite honestly angry despite the few moments where Apple recalls Shameika’s kind words. Apple spouts, “He’d describe me as pissed off, funny and warm” and “I didn’t smile, because a smile always seemed rehearsed.”

The album’s title track is third on the tracklist but was written last. It’s instrumentally simple and lyrically dense. According to an interview Apple did with Vulture, the song encapsulates the theme of the album, to get yourself out of situations that you don’t like.

“Under The Table” and “Relay” work well as a pair, as both are like a hard stomp on the ground. In both, she’s putting men in their place, proclaiming she shouldn’t be used and to believe women. She uses lyrics in “Relay” that she wrote back when she was 15 but that still ring true today: “Evil is a relay sport, when the one who’s burned turns to pass the torch.”

“Rack of His” is smooth and bluesy but is juxtaposed with “Newspaper,” a return to syncopated percussion and noise. “Newspaper” is a guttural, open note to future lovers of Apple’s ex, telling them she knows what he’s doing to their heads. She wants to protect them from the lying and manipulation.

“Ladies” comes as Apple’s call for solidarity. Similar sounding to “Rack of His,” “Ladies” has the same liberated feeling as Alanis Morissette’s “Hand In My Pocket” but it’s instead a call to action — ladies, let’s not pit ourselves against each other.

The album culminates in defiance, fear, heartbreak and moving on. “Heavy Balloon” and “Cosmonauts” piggyback off each other as Apple loudly proclaims growth and confidence as an individual, then admits she can’t be with one person forever. “Cosmonauts” is free-flowing and light, almost like the words are suspended in gravity themselves.

In “For Her,” Apple’s voice rises to a quick intensity and lists the hardships that women often face as emotional crutches of relationships. “Drumset” is Apple’s sensitive admittance that she wanted to keep trying at her relationships. It’s hopeful and uplifting, as a chorus of her own voice sings behind her.

The album closes with “On I Go,” as Apple explains that it’s okay to want and to keep moving toward what you want. There’s freedom, strength and sweetness in moving for the sake of it, as long as you’ve found a way to just go forward.