A bill sponsored by Rep. Ilhan Omar would help the Somali Museum of Minnesota expand programs and exhibits. 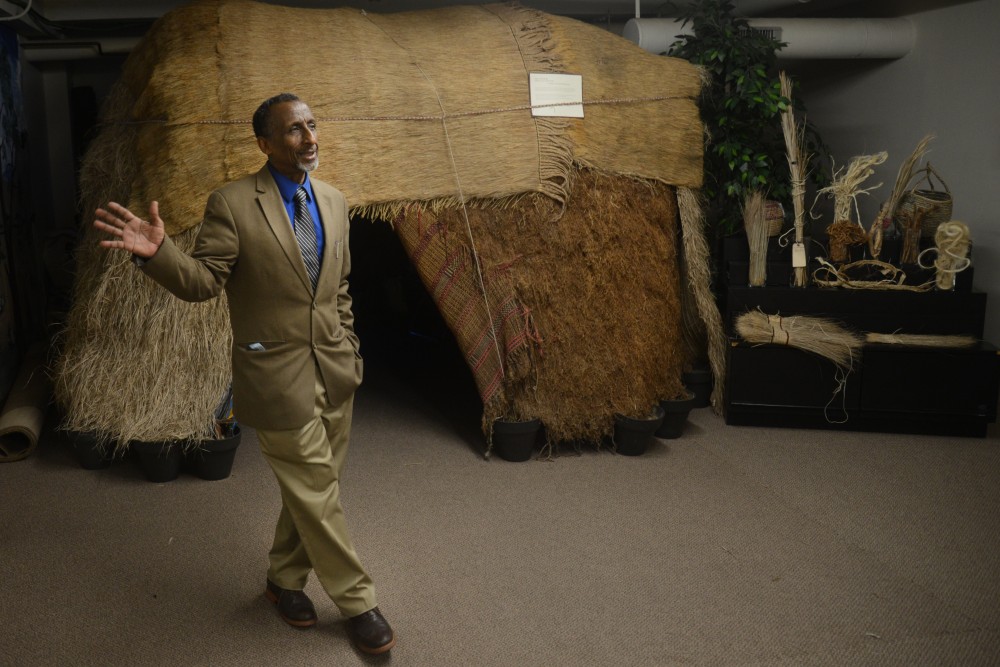 Osman Mohamed Ali stands in front of a traditional nomad somali hut and homestead at the Somali Museum of Minnesota on Friday, April 14, 2017 in Minneapolis.

Most relics had been destroyed in the country’s 1991 civil war, Ali said, and there were no museums left in Somalia to preserve remaining items.

Worried the last artifacts would be destroyed, Ali began collecting those he could find and brought them to the U.S. In 2011, Ali founded the Somali Museum of Minnesota, which now holds hundreds of artifacts from the country.

Now, the museum is looking to expand. A bill sponsored by Rep. Ilhan Omar, DFL-Minneapolis, would grant $200,000 to the museum over the next two years to expand programs and exhibits. The museum has several cultural programs but lacks adequate room to operate at its current location — tucked into a commercial basement on East Lake Street.

The museum aims to connect Somali youth born in the U.S. to their heritage while educating non-Somali Minnesotans to foster understanding.

“The museum represents culture and heritage for our community,” Omar said.

People of all ages and backgrounds visit the museum, including students on field trips and government employees, said Ali, who serves as the executive director of the museum.

“When they take a tour, they learn something about this culture,” he said.

But space constraints have caused the museum to keep much of its more than 700-artifact collection in storage. There’s also no room for the museum’s dance troupe and weaving classes to use, Ali said.

The bill’s funding would let them lease separate spaces specifically for these programs, he said. “This money’s going to help us to do more activities and … more exhibits and display more artifacts,” he said.

The museum sidesteps some of its layout issues by conducting outreach away from its physical location. The Somali Museum’s dance troupe travels and performs traditional dance across greater Minnesota and in other states, Said Salah Ahmed, who teaches for the museum, said.He gives monthly presentations on Somali culture at Minnesota schools — where he incorporates museum artifacts to enhance storytelling.

“The awareness-raising in between cultures and communities is such an important factor that the museum does,” said Ahmed, who’s also a Somali language teaching specialist at the University of Minnesota.

This outreach helps bridge cultural gaps between the Somali community and other Minnesotans, Omar said.

“I think we’re sort of looked at as a community that just appeared out of nowhere,” Omar said. “For our neighbors, it’s really important for them to understand the vibrant culture that we belong to so that they are able to find ways to connect with us through song and dance and poetry.”

Ali is working to raise money within the community so the museum can eventually have a larger, central location — which could house all the artifacts and programs. Their fundraising goal is $300,000, he said.