Large employers in Minneapolis will reach the $15 minimum wage by 2022, with smaller businesses reaching the mark by 2024. 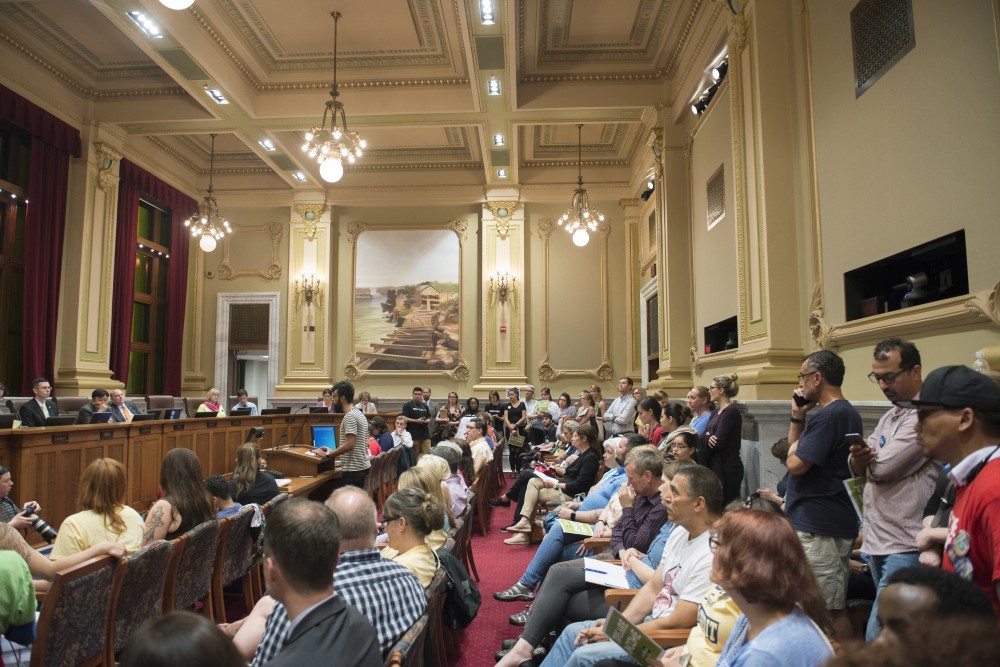 Room 317 in Minneapolis City Hall filled to a capacity of 100 while a public hearing for Minneapolis' proposed $15 minimum wage takes place.

Amid a cheering crowd that packed City Hall Friday morning, the Minneapolis City Council passed an ordinance raising the minimum wage to $15.

The council members voted 10-1 for the raise, which will take place over the next several years.

The decision comes eight days after a nearly 6-hour public hearing on June 22, where supporters displayed enthusiasm but some, especially restaurant workers and owners, expressed concerns about how businesses will sustain the increases.

Since the hearing, one of the changes made to the bill gives small businesses of less than 100 employees more time to reach $15.

Restaurant workers and owners at the June 22 meeting urged the council to add a “tip credit” to the law, which they said would protect food service jobs by softening the $15 wage’s impact on employers. However, council members did not change the law in response.

Another change to the bill requires the city to conduct annual reports, starting in 2019, about the wage hike “regarding the economics and market impacts of [the hike] on the local economy,” which includes data about “jobs, earnings, and rates of business openings and closings.”

Ward 2 Council Member Cam Gordon said the initial impact of the changes might lead to some job losses and troubles for business.

Since the process takes place over several years, Gordon said, “Let’s be checking in with our businesses, let’s be supporting one another in the city … and let’s prove to everybody … that this would be good for our economy.”

Minneapolis joins Seattle, New York City and San Francisco on the road to $15, although those cities have yet to reach $15.