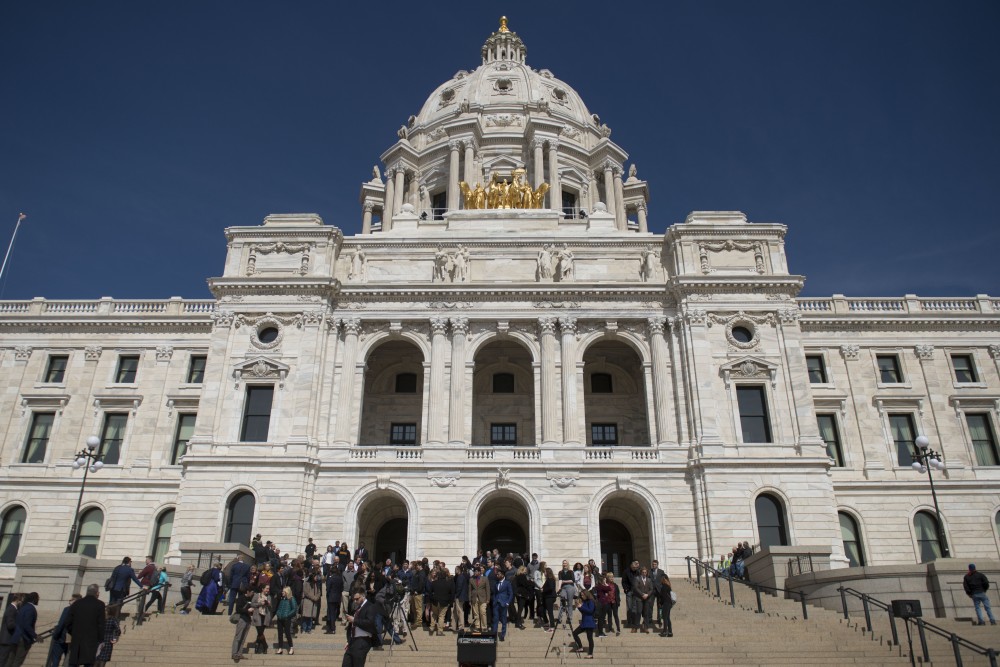 Members of the House higher education committee released a budget that would provide a $114 million increase to the school’s base state appropriation over the next biennium. The proposal, $27 million more than the school’s $87 million request, would likely be enough to freeze tuition, officials say.

“Our Minnesota Values Budget proposes to freeze tuition at our public colleges and universities. Too many students face the prospect of taking on student loan debt to pursue a college education. College should be more affordable and our tuition freeze would help,” said House Speaker Melissa Hortman, DFL-Brooklyn Park, in a press conference Thursday.

“Our committee is dedicated to a funded tuition freeze at our two and four year colleges and universities because we’ve got to get a handle on reducing student debt in our state,” Bernardy said in an interview.

University President Eric Kaler has said that the full funding of the school’s request would result in around a 2 percent tuition increase for undergraduate resident Twin Cities students. The extra funding is likely enough to allow the Board of Regents to hold tuition flat for two years.

“We are grateful to members of the House of Representatives for fully funding the University of Minnesota. By investing in the University, the House is showing its strong commitment to Minnesota students and the future workforce of this state,” Kaler said in a statement Thursday.

An additional $35.4 million would be invested in the state grant program under the proposal.

“I think we got a better [budget] than I was anticipating. … It was higher than what the governor was going to do, and the demands are there,” Sen. Rich Draheim, R-Madison Lake, said.

The Minnesota House is expected to vote on the budget by the end of the month, and the Senate is set to specify budget targets in the coming weeks.