The jewel of Jersey 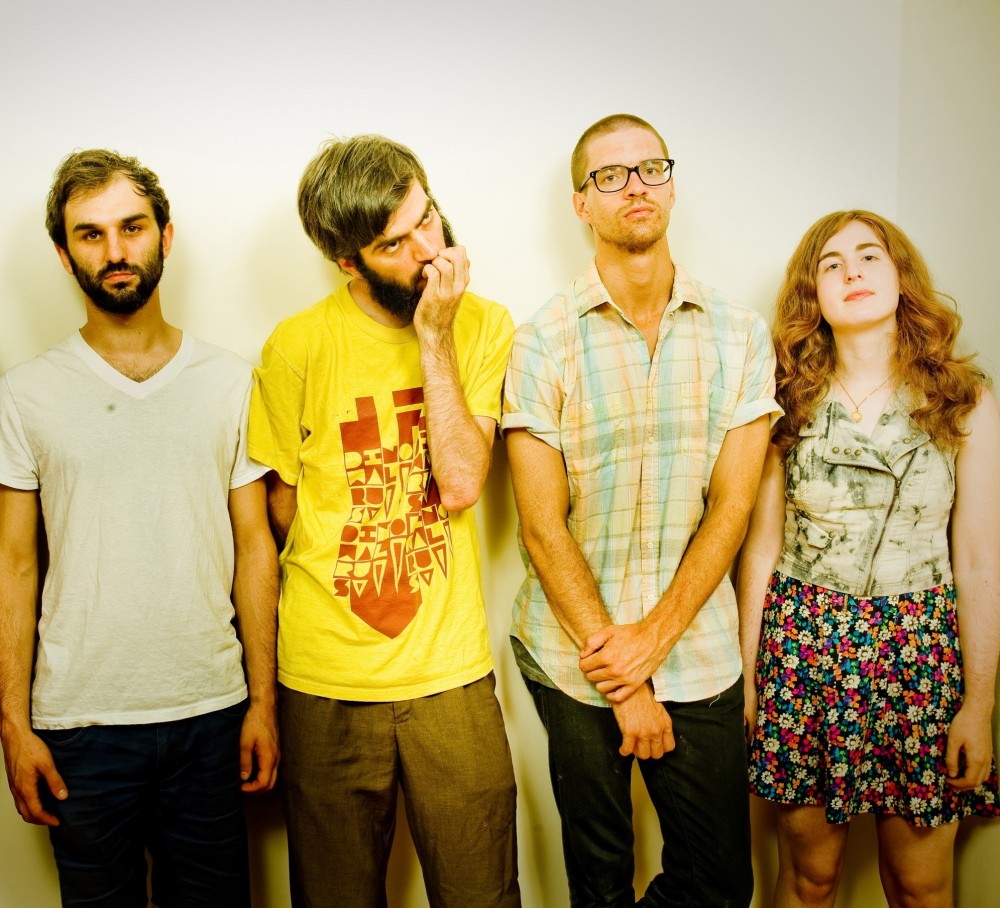 Patrick Stickles, second from the left, and his raucous group of losers will open for Bright Eyes at First Avenue Tuesday and Wednesday.

What: Bright Eyes with Titus Andronicus

Titus Andronicus frontman Patrick Stickles talks about rock âÄònâÄô roll in a very refreshing way, and itâÄôs elating because of how vague he can initially sound. Nowadays, so many novel acts are easily described by their preceding influences, so it is a relief to hear Stickles speak so freely of his work with the sole descriptor, âÄúrock âÄònâÄô roll.âÄù His brand of musical vernacular makes it harder (but not impossible) to apply the same treatment to Titus Andronicus.

ItâÄôs because Stickles is speaking more about spirit than sound. The groupâÄôs 2010 sophomore effort, âÄúThe Monitor,âÄù typifies this effortless musical soul. Their tracks are loud, shifting, bleak, but often hopeful.

A&E chatted with the jubilant Jersey rocker before his groupâÄôs two-night stint with Bright Eyes Tuesday and Wednesday at First Avenue.

Q: You structured âÄúThe MonitorâÄù around writings and imagery from the Civil War. What was it about that period that lent itself to what you were trying to say?

A: We wanted to talk about the tendency of humans to insert themselves into these binary systems âÄî the way humans seem to have a sick love of these adversarial relationships. Whether just one person thinks that somebody else is a jerk or that one half of the country thinks the other half of the country is all jerks.

To me this was a theme that repeats itself through human history, and as an American who writes with American audiences in mind, that point seemed to be the richest with that kind of stuff âÄî like spelled out in the largest letters possible.

Q: As epic as the songs on âÄúThe MonitorâÄù can be, a lot of the songs are lyrically grounded. Was that line of grandeur and relatability a hard one to toe?

A: ItâÄôs my opinion that people can only really talk with any sort of authority about their own experiences. Even though we talk about American themes, ultimately itâÄôs not our place or anyone elseâÄôs to speak for America. We can only really speak for ourselves. Even if youâÄôre interested in themes that seem to be really far-reaching, you have to remind yourself that your world is very small âÄî especially with singing about history. It would have been a pretty big mistake to try and paint a picture of that time with any kind of self-imposed authority.

ItâÄôs still weird how well the contemporary parallels resonate on the album. The âÄúwar at homeâÄù mentality kind of seems to be a resurging sentiment right now.

A: I think so, especially now that Americans are getting so excited again about taking sides. Even though it didnâÄôt work that time, and it probably most certainly wonâÄôt work this time. I donâÄôt know. IâÄôm no expert, but we humans love forgetting the lessons of history and then repeating its mistakes.

Q: The Bright Eyes tour surprised me a bit. I remember when âÄúThe Airing of GrievancesâÄù first came out, and a lot of people compared your vocals to Conor OberstâÄôs. Was that kind of frustrating for you as a burgeoning musician?

A: It was it then and it continues to be now [laughs.] You donâÄôt want to live your life in somebody elseâÄôs shadow, but I guess that is pretty inevitable in the indie rock world. I guess I rather have my voice compared to his than some other indie rocker that doesnâÄôt give a [expletive.]

Q: Are you a Bright Eyes fan?

A: I donâÄôt listen to it as nearly as much as I did when I was a teenager, but in those days I was a pretty gigantic fan. I still can sometimes really enjoy listening to those records now, especially âÄúLifted.âÄù ItâÄôs not in anywhere near the kind of rotation that it used to be. But then again, neither is Rancid.

Q: YouâÄôre in a new documentary on The Replacements, âÄúColor Me Obsessed.âÄù YouâÄôve always talked about them as an influence. When was it growing up that their music really hit you?

A: I got into them right around when I was 16. How perfect, right? I got âÄúLet It BeâÄù on CD for a Christmas present. Paul WesterbergâÄôs got one of the best-ever voices. As I grew into them, I guess it was their sense of freedom.

In their world, everything was permitted, but that was kind of born out of loserdom. It kind of makes me think about them as existential heroes, because they had this attitude that they were destined to fail. They extrapolated from that this enormous sense of freedom. If weâÄôre destined to be losers forever, that allows us to do whatever we want.