St. Vincent and the seven dwarves 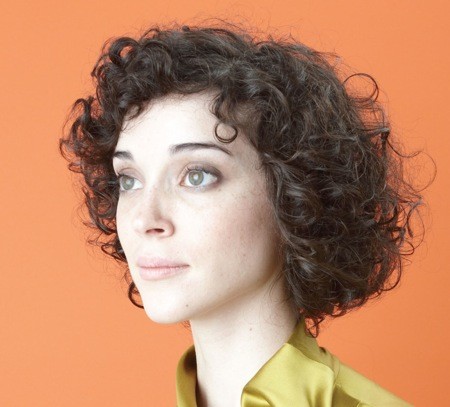 St. Vincent ALBUM: âÄúActorâÄù RELEASE DATE: May 5 LABEL: 4AD If fairytale princesses like Snow White and Rose Red wrote the soundtracks to their extremely romantic and incredibly disturbing lives, said soundtracks would probably sound a lot like St. Vincent’s “Actor.” The sophomore album from St. Vincent (real name: Annie Clark), employs a cacaphony of sounds to create its Grimms brothers atmosphere. And indeed, Clark even looks like a Disney heroine. Her hair is beguilingly curly and dark, her eyes huge, skin pale as, well, snow, and her lips oft red. Clark said she was inspired by classic Disney scores and their influence is so present that âÄúActorâÄù could be animated with Clark drawn into the royal role. Clark has an impressive musical track record; she hung out and worked with Sufjan Stevens, himself no stranger to a little touch of whimsy, and toured as part of the Polyphonic Spree . (Remember those crazy singing people in their colored robes? They were popular on TV for about a fraction of a second.) Clark struck out on her own under the nom de plume of St. Vincent with 2007âÄôs critically praised âÄúMarry Me,âÄù itself a gorgeous piece of work and a perfect bookend to âÄúActor.âÄù SheâÄôs found her signature sound: lush instrumentation and elaborate, intelligent lyrics complimented by her own fluid alto. Clark plays the piano, the guitar and the bass too, so her fingerprints are all over nearly every aspect of her album. âÄúActorâÄù is no radical departure from that tried-and-true method, but itâÄôs sort of like Bob Dylan going electric. There are more fuzzy, thrumming guitars this time around and less tinkling piano, keeping âÄúActorâÄù straddling the line between romantic Goth rock and radio-friendly indie pop. Clark has upped the tempo with the first single, âÄúActor Out of Work,âÄù a tale of a toxic bad boy: âÄúYouâÄôre a supplement/youâÄôre a salve/youâÄôre a bandage/pull it off/I think I love you/I think IâÄôm mad.âÄù âÄúMarrowâÄù begins with what sounds like the cheerful chirping of animated birds, but quickly plunges into the deeper and darker. âÄúH-e-l-p, help me,âÄù she pleads. Each song on âÄúActorâÄù starts out like a dream; âÄúLaughing with a Mouth Full of BloodâÄù begins with a full and lovely string arrangement, lullabye-ing its listener, but thereâÄôs always a surprise catch. Why is ClarkâÄôs proverbial mouth full of blood? Whose blood is it? âÄúAll of my old friends arenâÄôt so friendly anymore,âÄù she sings. âÄúBlack Rainbow,âÄù which is another song that starts out quite Disney-esque with bird-flutter flutes and horns, builds up to a climax of screeching violins and thumping percussion, perhaps the part of the movie where the prince climbs the dragonâÄôs tower to save the princess. âÄúActor,âÄù when ingested as a whole, paints a picture of a world where beautiful young princesses are thrown into darkness and despair, where the boys are always lost and the princes are rare but occasional occurrences.