The virtual gallery, featuring the work of Minneapolis-based photographer and University of Minnesota graduate Mark Khan, lends itself well to the online arts experience. 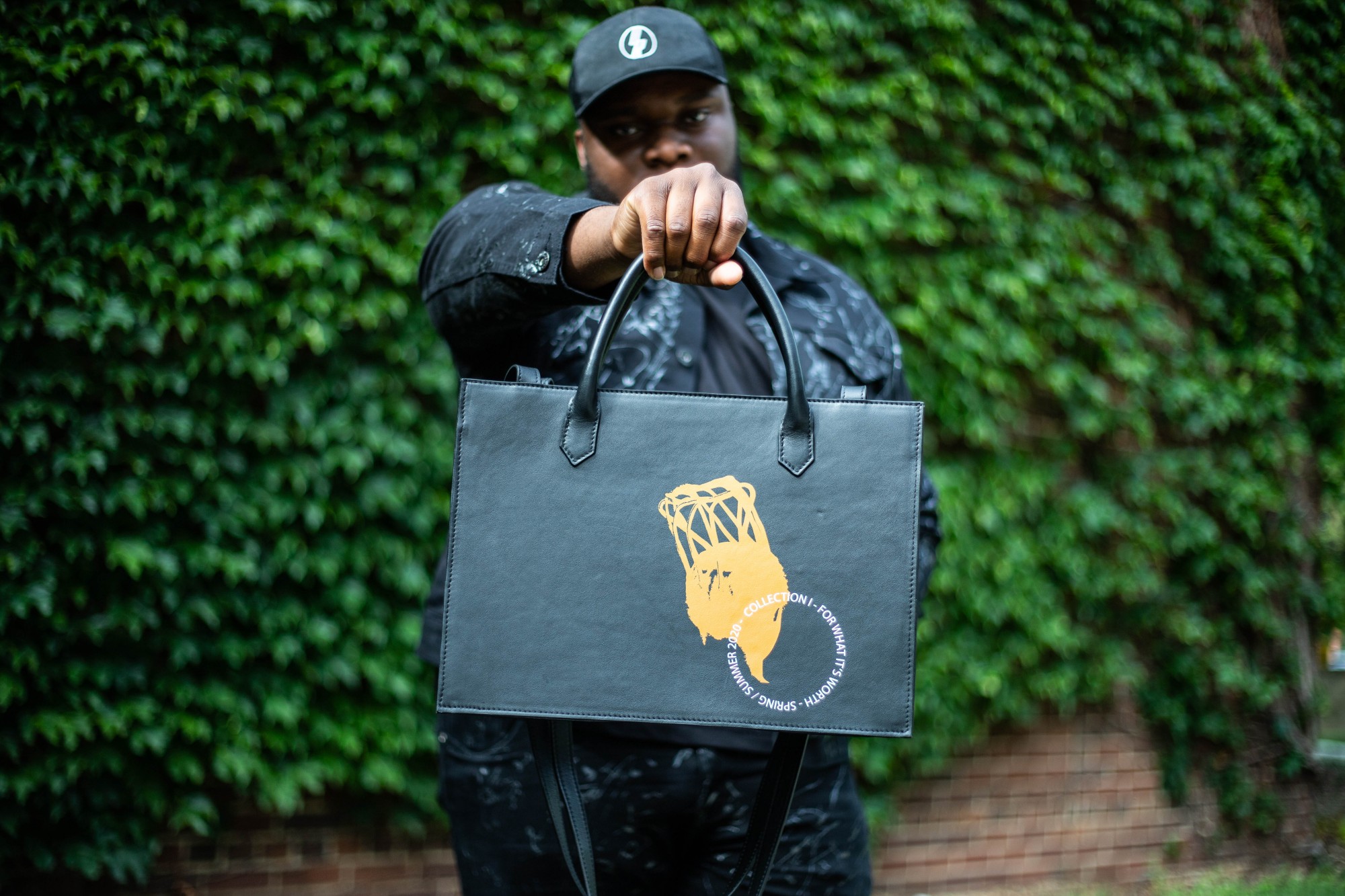 Mark Khan wearing Universal Rejects from his new collection, which is inspired by his Nigerian and American background, on Monday, June 29 in Minneapolis.

Like the rest of us, Minneapolis photographer and recent University of Minnesota graduate Mark Khan missed the feeling of art galleries and exhibits, so he paired up with tech enthusiast Jacob Boll to create a virtual art gallery of his own. Featuring work that highlights the Black community, the virtual gallery premiered June 18 and is up for viewing until July 7.

Khan always had an interest in photography — he recalls carrying around his mom’s camera wherever he went as a kid — but he was inspired by photographer Gunner Stahl to pursue a career of his own while in college. So, after three years of curating a portfolio of work, creating an exhibit of his photos was the next step. When Khan came across the work of California graphic designer Jacob Boll and saw that he had created a virtual gallery for another artist, they immediately connected.

“I wanted it to simulate a real gallery,” Boll said in regards to the developmental process. “I wanted blank walls and the pictures to be the main focus, and I added windows to make it more realistic.”

Attendees can create their own avatar and connect their microphone to the software as they enter, so conversations and interactions can be held with other guests while in the space. This enhances the virtual gallery atmosphere and makes for a “cool, collaborative experience,” said Boll.

Khan mentioned how shocked his friends and followers were once they realized it was a virtual event. The night the exhibit premiered, friends texted him asking what the address of the exhibit was to which he responded, “Just hit the link.”

The event was well received, and Khan, per Instagram analytics, ascertained that over 160 people “visited” his gallery through the link in his Instagram bio.

His photography explores themes of Black beauty, elegance and joy, and aims to incorporate the idea of the Black gaze. For so many years, Khan said, non-Black photographers took pictures of Black people in such a different way.

“A lot of photographers didn’t understand how to shoot [Black people] well, and so I wanted to create more content that shows them elegantly,” said Khan.

Khan brings perspectives of Black pride and excellence to his work. One photo he highlighted that accomplishes this idea beautifully features a couple dressed in black and proudly staring directly into the camera. The photo, Khan said, draws inspiration from the old European style of photography.

Sololiya Baisa, a stylist who has worked with Khan over the past year, said his photography works to uplift the Black community.

“Too often the photography and beauty industry get so focused on how to depict Blackness that it removes the personhood from the model,” said Baisa. “His work elevates our community in lights that we do not often get to see ourselves.”

Khan’s future work will be on display at Coffman Union this September, but until then, he is currently working on his clothing line, Universal Rejects. His summer collection, entitled “For What It’s Worth,” revolves around his desire to tell stories.

“The reason behind the collection titled ‘For What It’s Worth’ is I wanted to begin with my own story, making clothes that represent me being of the diaspora and in between two cultures, Nigerian and American. With clothes, I wanted to find a way to tell my story, like how I do with photography.”