Let’s see how this goes

Risk and opportunity abound for comics in the annual “Crash & Burn” show this week. 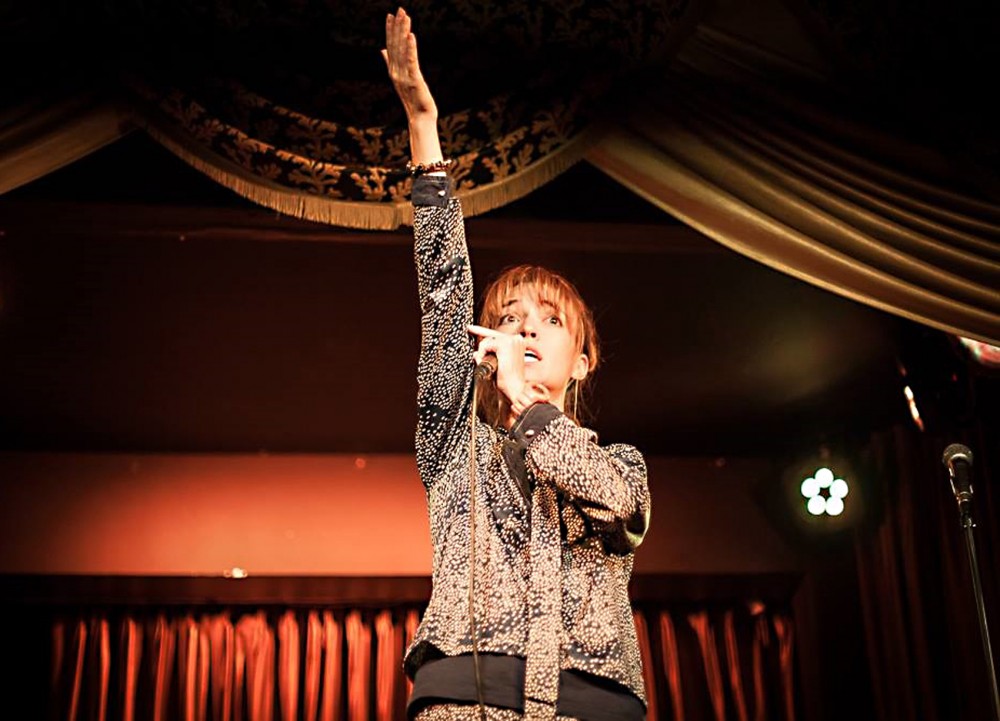 Comedian Mary Mack who will performing in "Crash & Burn" and will headline a week at Acme Comedy Club in June.

Austen Macalus
Stand-up comedy is difficult in its own right. It takes writing, revising and rehearsing — even then, a performance can go badly.
Chicago comedian Tim Slagle decided to raise these stakes even higher.
Five years ago, Slagle created “Crash & Burn,” a weeklong stand-up showcase featuring four comedians. The catch is that all of the material must be original for the show; not a single premise, setup or punchline can ever be performed on stage before.
Now a highly anticipated tradition in Minneapolis, “Crash & Burn” will make its yearly appearance at Acme Comedy Club this week, runningTuesday through Saturday.
“It’s almost improv, really, on Tuesday. You are seeing someone riffing for 20 minutes,” Slagle said.
This year, David Crowe, Kevin Bozeman and Mary Mack will join Slagle as the brave comedians ready to take on the challenge.
According to Slagle, “Crash & Burn” was inspired by “comedy camps” that venues hosted in the ’80s, where performers would spend time working on new material with their peers.
“The idea is the four of us work together all week to coalesce into a brand-new 90-minute comedy show on Saturday night that has never been done anywhere,” Slagle said.
The comedians will write notes during other performances, providing suggestions for improvement after each show. In addition, every afternoon the group will come together for a workshop to further critique and expand each set.
“We’re looking at where we thought something could be funnier or could be said in a different way,” Slagle said.
He finds that this peer pressure provides motivation and focus for many of the performers.
“You’re up there in front of your peers. They are watching and will know if you are copping out. So the pressure is on to write and dedicate yourself to your writing,” Slagle said.
For many comedians, constructive criticism is something that’s hard to find in the comedy industry, Slagle said.
“It’s not often we get to work together as headliners,” Slagle said. “It’s rare you get four peers together who are at the same level in their careers.”
In many ways, the show is tailored for working comedians who may not otherwise expand on their typical set.
“You don’t really get the opportunity to work on a 20-minute block of new material on the road. … It’s a fabulous opportunity to get to focus on new stuff,” Slagle said.
For comedian Mary Mack, the emphasis on writing is the most interesting part of the shows.
“I love writing. I’m so used to putting new stuff out there and letting it bomb if it’s going to bomb. So [Crash & Burn] doesn’t really scare me,” Mack said. “My favorite thing is to just write something new and to see what people think of it.”
Although she is constantly creating new sets, Mack said the show will allow her to write and revise in a more focused way.
Each “Crash & Burn” performance relies on improvisation and audience feedback — integral aspects of Mack’s usual writing process.
Drawing on her Midwest lifestyle and personal experiences, Mack uses a storytelling style, intertwining one-liners and random thoughts throughout the longer narrative.
“I feel like I’m almost just a reporter who notices an incident and points out all of the ridiculousness in it,” Mack said.
Mack typically accomplishes this by roughly outlining her set and riffing until “the audience wants to kill me,” she said.
Mack always records and transcribes each set, comparing it to her original ideas and taking the best parts of both.
“I actually do so much writing onstage,” Mack said. “With comedy, you can adjust your writing on stage because you can see your audience.”
Mack said the material she performs will most likely end up in her usual set. However, she said she does have some reservations on the workshop aspect.
“For me, it’s really hard because you have to work as a team. I love writing for other people’s stuff, but I hate it when other people try to change my stuff,” Mack said. “So it’s going to be a big personality change for me.”
Still, the show serves as a learning experience for her as a comedian.
“It’s just something about me where if I think I’m bad at something, I’m going to do it,” Mack said. “I can make myself do this and work better as a team.”
That’s really Slagle’s purpose in putting on “Crash & Burn.” Although the show is a challenge for comedians, it really serves as an opportunity to grow, he said.
Specifically, Slagle hopes comedians’ writing process will benefit from “Crash & Burn.”
“Comedy today is driven by writing. … Right now there is so much content that if a comic does not keep presenting new material, then their fanbase drops off immediately,” Slagle said. “So there is a focus on comedians who write constantly.”
“Crash and Burn V”
Where Acme Comedy Club, 708 N. First St., Minneapolis
When 8 p.m. Tuesday–Saturday, 10:30 p.m. Friday and Saturday
Cost $15
Ages 18+
Delete Image
Align Left
Align Center
Align Right
Align Left
Align Center
Delete Heading