After the team struggled early in the fourth quarter, Gadiva Hubbard led the way for Minnesota late in the game. 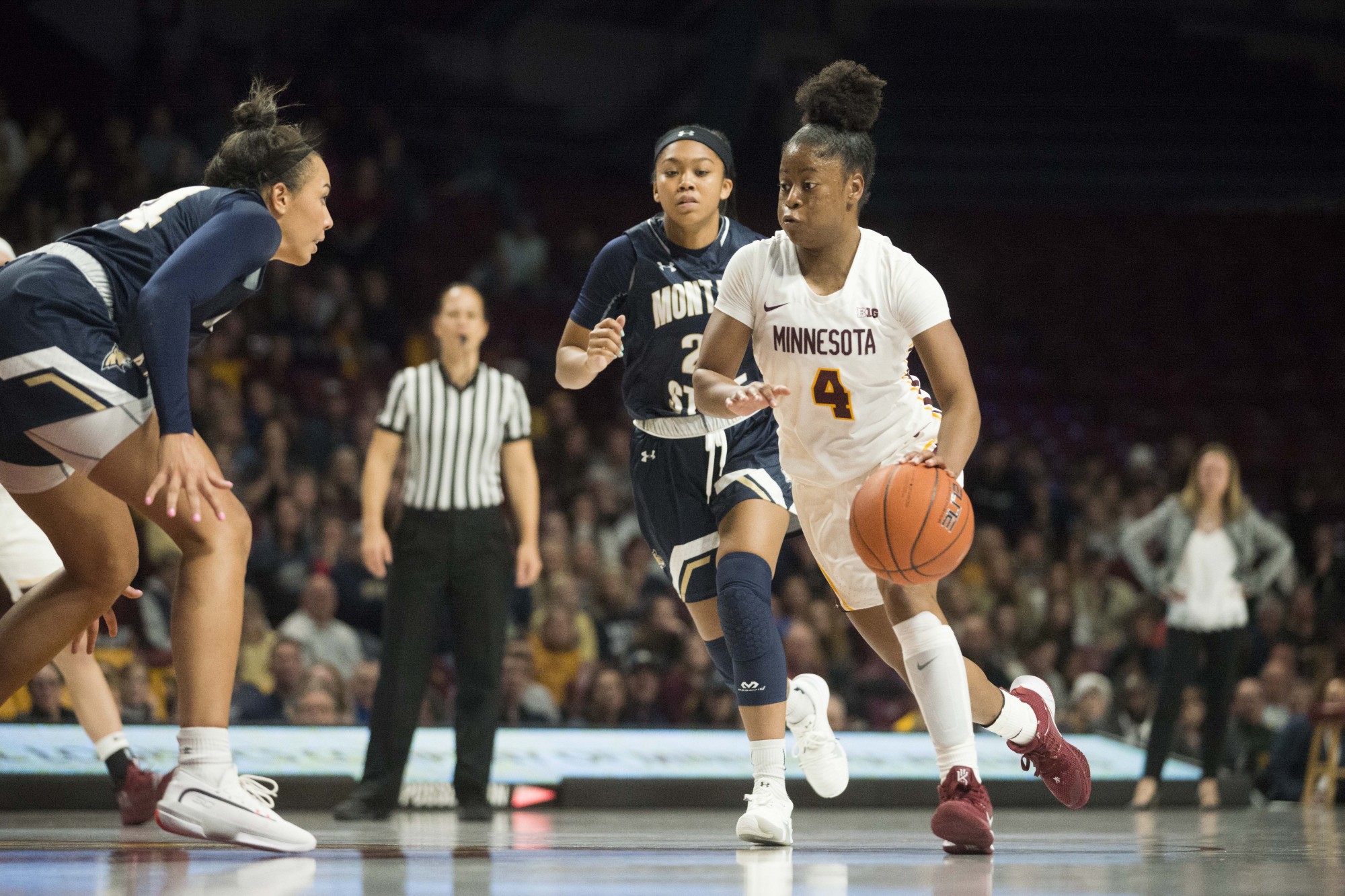 Guard Jasmine Powell looks to drive towards the hoop in Williams Arena on Saturday, Nov. 23. The Gophers went on to defeat Montana State 71-60.

After losing control of an 18-point lead, the Minnesota Gophers women’s basketball team was able to hold on and earn a significant road win, beating the Notre Dame Fighting Irish 75-67 Wednesday night.

With the win, the Gophers now improve to 6-1 on the season and have won six consecutive games after losing the season opener to Missouri State. The win over Notre Dame was Minnesota’s first road test of the season.

Minnesota started the game with a strong defensive performance, holding Notre Dame to only 21 points in the first half. Like many other games this season, the Gophers were also able to create turnovers in the first half, forcing the Irish into committing 11 in the half and 15 throughout the game.

While Notre Dame attempted to employ a stifling zone defense, Minnesota had good ball movement early and cut through the zone, leading to open shots on the perimeter for the Gophers’ sharpshooters. Four different Minnesota players made at least one triple early in the game and the team connected on 12 total three-point shots. The culmination of turnovers and shooting helped the Gophers jump out to a 12-point lead at the end of the first half.

The majority of the second half for Minnesota was a much different story than the first half. Notre Dame showed signs of life on offense and started its comeback with 23 points in the third quarter. The Gophers, on the other hand, struggled to find any offensive rhythm and did not force many turnovers.

The fourth quarter could not have started out much worse for the Gophers, as Notre Dame opened up strong on both ends of the court while the Gophers had no rhythm offensively. The Irish went on a 13-3 run to take a 57-56 lead and forced head coach Lindsay Whalen to call a timeout to make adjustments.

Whatever Whalen said during the timeout injected life into the Gophers, as they came out on a 12-2 run to seemingly put the game away. Redshirt junior guard Gadiva Hubbard played well down the stretch for the Gophers with two clutch three-point shots and a layup down the middle of the lane to help the Gophers retake the lead for good. Hubbard finished with a game-high 20 points with six threes and added three steals.

Minnesota will now look to extend its winning streak this weekend as they travel to Washington D.C. The Gophers play American on Sunday, Dec. 8 and finish up the three-game road trip on Tuesday Dec. 10 with a matchup against George Washington University.