Minnesota lost to Georgia and North Carolina on Wednesday and Thursday 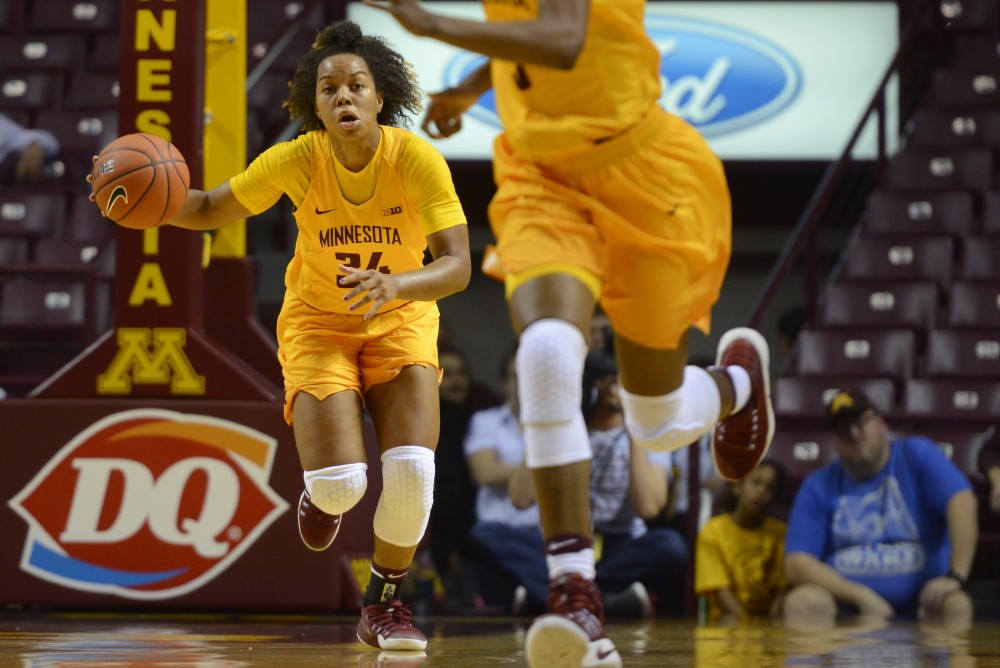 Minnesota dropped both its games against Georgia and North Carolina at the Junkanoo Jam Tournament in the Bahamas on Thursday and Friday.

Georgia (4-2) handed the Gophers their first loss of the season on Thursday. Sophomore forward Caliya Robinson gave Georgia 30 points off the bench in a 70-58 win over Minnesota.

The Gophers finished the first quarter up by three. Guard Carlie Wagner scored seven points in the quarter.

In the second quarter, Georgia shot the ball well, going 10-14 from the field to head into halftime ahead 36-24. The Gophers were held to seven points in the second.

Minnesota (4-2) started the second half strong with a 12-2 run. Still, Georgia maintained its lead going into the fourth quarter.

Guard Kenisha Bell scored 16 points in the second half to lead the comeback.

Wagner put Minnesota in front 52-51 in the fourth, but Georgia regained its lead when it hit a 3-pointer.

Minnesota guard Gadiva Hubbard brought the score level to 54, but Georgia took control and never let the Gophers back in the game.

“[Gadiva] is a freshman that is getting used to playing at this level,” said head coach Marlene Stollings. “I’ve been very impressed with the fact that she’s playing without any fear and just being very aggressive. She was extremely effective in this tournament.”

Minnesota had its second loss of the season against North Carolina 91-77 on Friday.

The turnover battle did not favor the Gophers. They had 21 turnovers compared to North Carolina’s 12.

The Tar Heels scored 34 points in the fourth to pull away from Minnesota in what was otherwise a close game.

“I knew from the first half that as a team we weren’t attacking enough,” Hubbard said. “We weren’t putting enough pressure on their defense, so we had to attack the gaps and try to get fouls.”

Once again, Minnesota started the game well, ending the first quarter with a 22-19 lead.

The Gophers extended their lead to seven in the second quarter, but North Carolina found tied the game at 37 before halftime.

Hubbard drained a 3-pointer to put Minnesota up 66-62.

Wagner hit two from behind the arc to put the Gophers up 72-67 before North Carolina went on a 16-point run to build an 11-point lead with under two minutes remaining.

“I think what happened is our youth really showed,” Stollings said. “Just having a minute and a half [or] a minute 40 second lull in the North Carolina and Georgia games late really cost us. It is something we can control, certainly.”