Residents at 17th Avenue Residence Hall have experienced “horrific” conditions on the fourth floor since September. 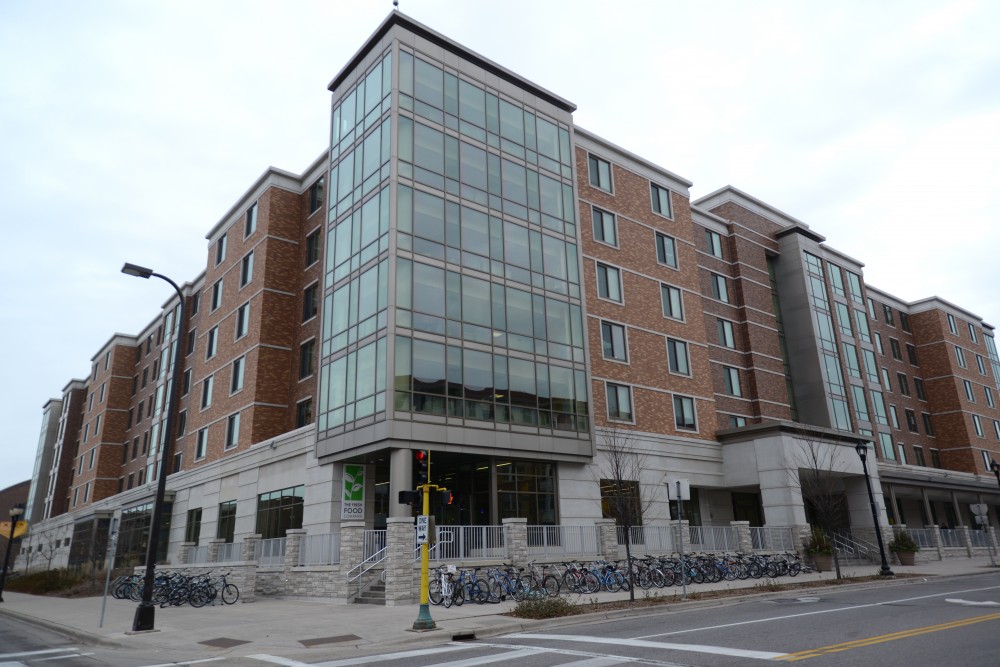 The 17th Avenue Residence Hall as seen on Sunday, Dec. 3. According to an email sent Wednesday, $6,000 in damages, excrement smeared on walls, and exit signs being torn down every weekend has been the scene on the fourth floor of the residence hall since September.

Some freshmen students at the 17th Avenue Residence Hall at the University of Minnesota have caused over $6,000 of damage on the fourth floor — also called the Greek Unity House — since September, according to an email sent to residents of the floor.

An email sent to fourth floor students on Wednesday from a community adviser at 17th, highlighted the damages, which include excrement smeared around toilets and harassment from students that led to the fourth floor custodian transferring to a new location.

“By comparison, there has been no exit light damage on the second or fifth floors, and only one other reported instance on the sixth floor,” the CA said in the email.

The 17th Avenue Residence Hall administration declined to comment on the situation.

Living conditions have been rough since the beginning of fall semester, said Fariza Hassan, a College of Liberal Arts first-year.

“The worst damage I’ve seen has to be an exit sign that was hit in such a way that I guess the person who had done it had cut their hand and then ran it against the wall, leaving a small trail of blood leading to the bathroom,” Hassan said.

People tear down exit signs every weekend out of “drunken rage,” sometimes bringing down ceiling tiles with them, said Tyler Sirovy, philosophy first-year.

“People on my floor are messy as hell,” Sirovy said. “It probably gets tiring having to clean extra stuff on the weekend on top of just regular vacuuming and cleaning the bathroom.”

The “horrific conditions” and harassment from residents pushed a former fourth floor custodian to request to clean a different section of the residence hall, the email said.

Kaela Juarez, president of the Panhellenic Council, said she remembers similar problems when she was a first-year student living in 17th.

“From my knowledge of the issue, destruction of property is not a value we instill in the Greek community and is something that’s never tolerated,” Juarez said.

The Office of Fraternity and Sorority Life and the Housing and Residential Life department are scheduled to meet this Monday and Wednesday at 7 p.m. at the residence hall to discuss the issues.