The senior is ready to "get things rolling" this season. 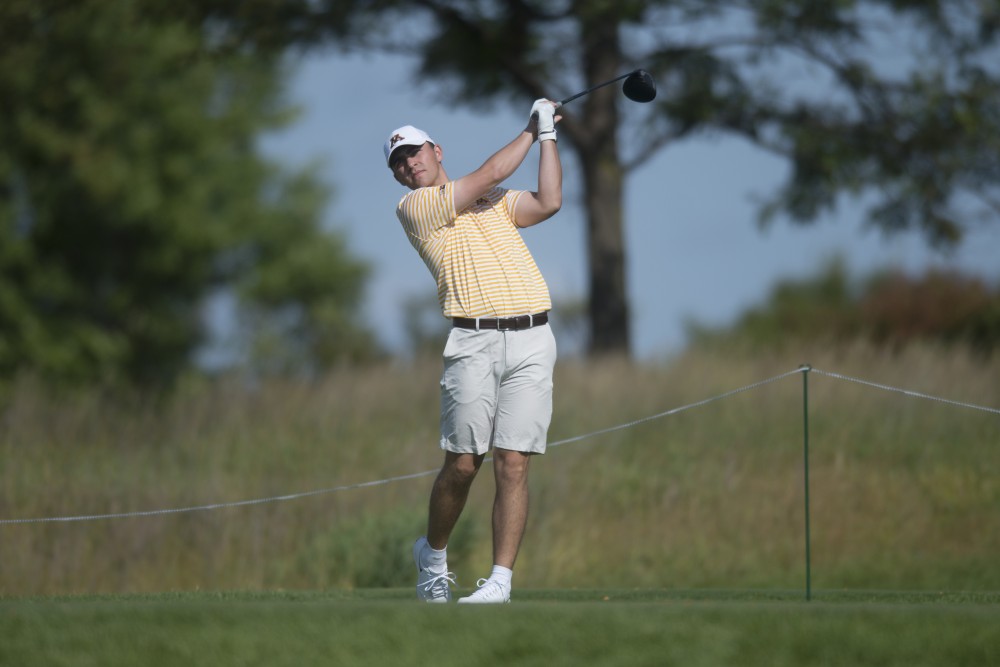 The men’s golf team has much cause for optimism this season; just ask Peter Jones. The senior has reason to believe his final go-around with Minnesota may just be the best yet.

“We have a lot of good players coming in and it seems like it’s going to be a pretty promising year,” Jones said. “Being a senior it’s always exciting because you’ve kind of done everything before, you kind of know how everything goes, so I’m just excited to cherish it.”

On a squad loaded with young talent, Jones plays an important role as the seasoned veteran.  As he said, what the Gophers lack in experience, they make up for in potential. Because of that, Jones’ wisdom is invaluable. Using what he learned when he was in the shoes of his young teammates, Jones has matured over his college career.

When asked what he’s worked on improving, he pointed to course management.

“You always see a lot of the freshman making maybe bolder or maybe more aggressive decisions on the course,” Jones said. “It might cost them, it might help them a couple times.  But it usually ends up costing them most of the time and I can definitely say that used to be me.”

Associate head coach Justin Smith has seen Jones’ maturity process better than anyone. He said the positive example Jones sets for the younger guys makes his job much easier.

“He’s going to provide some incredible leadership on and off the golf course,” Smith said of the senior. “[Smith’s] game is very simple. He’s someone that I can certainly relate well to with his golf game. Because of that he can take his game to any course and play great on it.”

Simplicity truly is at the root of Jones’ game, according to Smith. It’s one of the things he said Jones could impart to the younger golfers on the team as a leader this season.

“Pete’s really that calming force,” Smith said. “At the end of the day, it’s still golf, and that’s kind of where his simple mindset and things that he’s really good at with his strengths can help some of the younger guys. He’s going to be a great leader for us … that we as coaches can really lean on.”

Jones’ career progression shows the steady improvement Smith hopes to see from the current underclassmen. In his freshman season, he posted a stroke average of 77.42 in four tournaments. As a sophomore, he improved that mark to 74.88. Last year as a junior, he posted an average of 73.94 in eight appearances.

Perhaps equally impressive are Jones’ accomplishments off the course, according to his coach.

“Pete last year was a 4.0 student, just an incredible performance he’s had in the classroom,”  Smith said. “He’s right up there with anyone in the [athletic] department. He’s involved with the Student Athlete Advisory Committee. He’s really taken a huge role in our department in general  to be a great leader and make the experience of all student athletes as best as it can.”

Jones always makes sure to look out for his teammates. As a busy student athlete, Jones has learned to appreciate what little downtime he has during the season.

“I really enjoy [cooking],” Jones said. “Taking a night and making a meal for the guys, or having team dinners is something I’ve always liked to do and always tried to do since I’ve been here.  We cherish the time we have to relax because we’re so busy as student athletes.”