Wagner was chosen as the final pick in the WNBA draft. 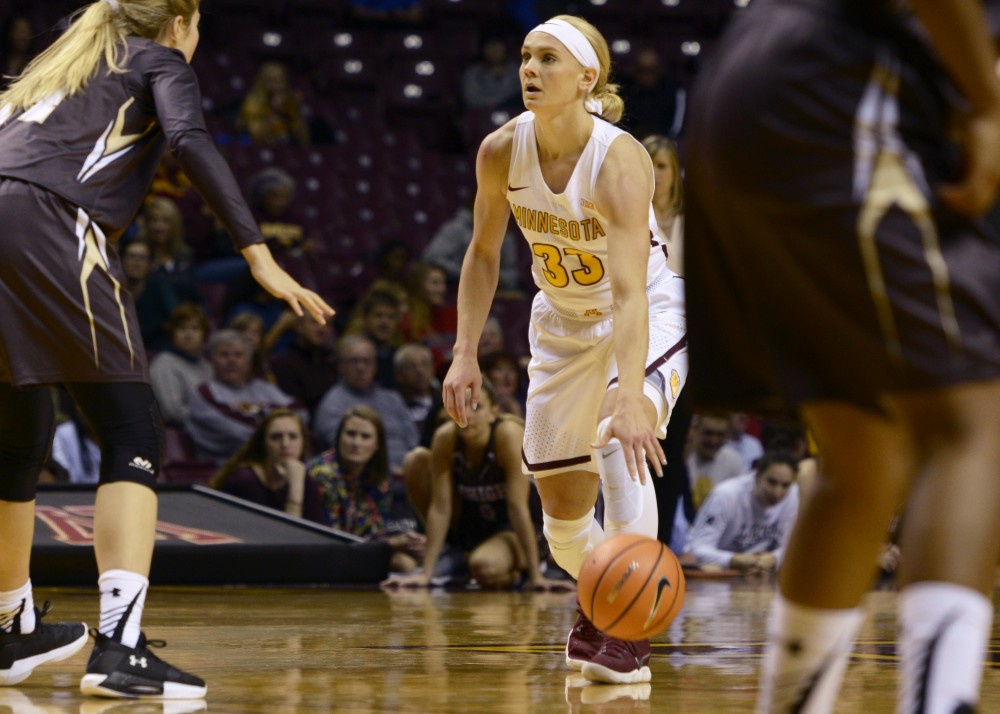 Guard Carlie Wagner dribbles the ball up the court during the Gophers' game against Lehigh at Williams Arena on Saturday, Nov. 11. The Gophers won 107-73.

Fans who have watched guard Carlie Wagner play for the Gophers the last four years won’t have to go far to see her at the next level.

The New Richland, Minnesota native was the final pick in the third round of the WNBA Draft Thursday, going 36th overall to the Minnesota Lynx.

The Lynx also selected Ji-Su Park and Kahlia Lawrence. Both players were then traded to Las Vegas for Jill Barta and a second round pick in 2019, the Pioneer Press reported.

Wagner finished third among the Gophers’ all-time leading scorers. She averaged 18.7 points per game last year. In her final season, she helped the Gophers go 24-9 overall and 11-5 in the Big Ten. The Gophers’ season ended when they lost in the second round of the NCAA tournament to Oregon.

The last Minnesota player to be selected was guard Rachel Banham, who was picked fourth overall. The University of Minnesota has had six WNBA draft picks in its program’s history.

Center Janel McCarville was the No. 1 pick to Charlotte in 2005. She is still the only Gophers player to be drafted first overall.

Wagner hearing her name called in the draft came on the same day as guard Lindsay Whalen, a former Gophers player, taking the job as head coach of the University of Minnesota women’s basketball team.

Whalen’s hiring comes after then-head coach Marlene Stollings stepped down to take a job as head coach of Texas Tech.