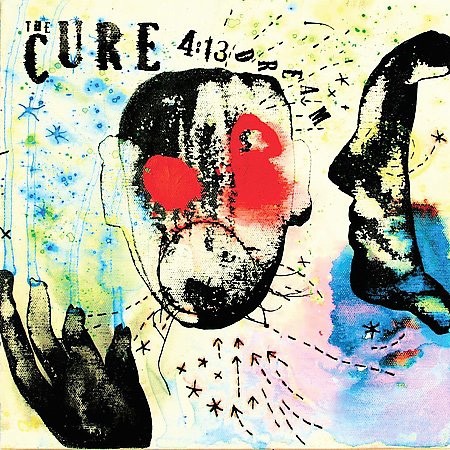 The Cure Album: 4:13 Dream Label: Geffen Being billed as the âÄúupbeatâÄù half of what was once planned as a double album, âÄú4:13âÄù sees the legendary Cure downsizing to a four-piece and crafting their best record of the oughtâÄôs. Robert Smith & Co. are certainly at their most chipper but considering they are, after all, The Cure, that statement certainly doesnâÄôt mean theyâÄôve suddenly started to resemble Duran Duran. Teamed up with super producer Keith Uddin (No Doubt/numerous âÄúAmerican IdolâÄù graduates), âÄú4:13âÄù is a spacious, poppy and almost liberating record. Its opener, âÄúUnderneath the Stars,âÄù is a down-tempo, dreamy and lush number that features an always-dramatic Robert Smith shouting reverb-tinged vocals over the songâÄôs airy landscape. Next in line is âÄúThe Only One,âÄù which is a sparkling guitar pop song which even contends with, but certainly doesnâÄôt surpass, âÄúFriday IâÄôm in LoveâÄù with regards to catchiness. âÄúFreakshowâÄù is one of the albumâÄôs few missteps. Imagine an impossibly choppy/corny vocal melody coupled with squealing guitars ripped straight from a bad âÄô70s action flick. âÄúThe Hungry Ghost,âÄù âÄúThe Perfect BoyâÄù and âÄúThis. Here and Now. With YouâÄù make up the middle of âÄú4:13,âÄù and borrow heavily from past Cure sounds and thrive in doing so. The closing tracks find the band getting more aggressive (urgent guitars/faster tempos) and donâÄôt mesh well with the rest of the record, but SmithâÄôs impassioned vocals save them. This is a guitar-driven and stripped-down incarnation of The Cure, and for the most part, it works. âÄú4:13âÄù is sure to be diminished when compared to the bandâÄôs heyday 1980s records, but thatâÄôs simply unfair. If a skinny jean-clad troupe of 20-somethings were to pen an identical record, it would be hailed as a masterpiece. âÄú4:13âÄù needs to be taken at face value, as a beautifully melancholy rock record that offers equal parts introspection and pop hooks. **** (four stars) OâÄôDeath Album: Broken Hymns, Limbs, and Skin Label: Kernado ThereâÄôs something disingenuous about a band of young punks hailing from New York who sing songs about the images of a 1930s Appalachian America. ItâÄôs an angle, a shtick and, frankly, itâÄôs too easy. By singing about mule skeletons and shattered whiskey bottles, the band aims for depth but end up saying nothing. ThatâÄôs why OâÄôDeath, while being a generally fun listen, lack much lasting value and are quick to grind the nerves. On âÄúBroken Hymns, Limbs and Skin,âÄù the group continues its path of Americana clichÃ©s, frantic fiddling and breakneck tempos. The discâÄôs opener, âÄúLowtideâÄù establishes the formula the band rarely deviates from the duration of the record: frantic fiddling, rapidly plucked banjos, Neil Young derived vocals and a repetitively thumping rhythm section. Think Yonder Mountain String Band if they grew up listening to Fugazi and The Pixies. The band is at its best on songs like âÄúVacant Moan,âÄù âÄúCrawl Through SnowâÄù and âÄúOn an Aching SeaâÄù where they slow things the hell down and give the arrangements time to take some interesting Man Man-esque shifts. But, five of the records songs are around two minutes or under and are mostly amphetamine fueled throwaways. OâÄôDeath has some good ideas dwelling underneath their mask of hyper-speed bluegrass, but until they exhibit more diligence in the way they craft their songs, theyâÄôll rightfully be written off as one-trick ponies. As for âÄúBroken Hymns, Limbs, and Skin,âÄù theyâÄôre merely Murder By Death rip-offs who hang their hats on alluring imagery with little underlying substance. ** (two and a half stars) Bloc Party Album: Intimacy Label: Atlantic Bloc Party operates in a very cold spectrum of the musical universe. Their art rock/post-punk leanings provide little room for human touches and thatâÄôs what makes âÄúIntimacyâÄù such an enigma. The bandâÄôs much celebrated debut âÄúSilent AlarmâÄù excelled in its ability to remain ice cold yet emotive and the follow-up âÄúA Weekend in the City,âÄù while weaker, did the same. ItâÄôs on this, their third release, that the band is most at stylistic odds with itself. Described by frontman Kele Okereke as a âÄúbreakup album,âÄù âÄúIntimacyâÄôsâÄù 14 tracks wage a constant war between the machine (drum machines/synths/slick production) and the man (endearing lyrics/emotionally driving guitar parts). The most vivid realizations of this stark contrast can be found on the discâÄôs first single âÄúMercuryâÄù and the lush âÄúSigns.âÄù The former is an electro-rocker that suspiciously resembles a bass-heavy M.I.A. song and loses itself in digitalized flourishes over a nauseating chorus. ThereâÄôs simply too much happening and the song suffers. âÄúSigns,âÄù on the other hand, balances delicacy with heart and limits the experimental indulgences that tend to dehumanize much of âÄúIntimacy.âÄù That said, it also borders on mopey ballad territory and lacks the energy that sets Bloc Party apart from a slew of other art rock indie bands. âÄúIntimacyâÄù functions best when it finds a balance between organics and experimentation. The driving yet vulnerable âÄúTalonsâÄù and the sprawling âÄúIon SquareâÄù are the most fully realized examples of how good âÄúIntimacyâÄù can be and, as an extension, how much potential Bloc Party still has. *** (three stars)