Everything was a hit — except the headliner. 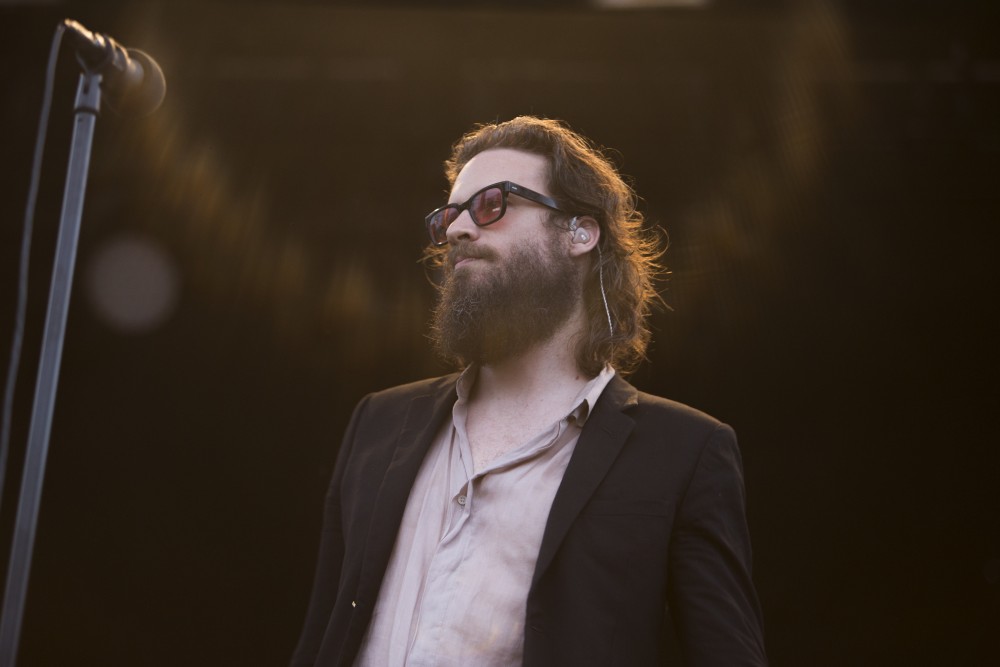 The set list was as unpredictable as the weather, with artists ranging from country singer-songwriter Nikki Lane to saxophonist Kamasi Washington and the eagerly-awaited headlining act, Father John Misty.

Josh Tillman, the tortured soul behind the beard and stage name, played songs from his most recent album, “God’s Favorite Customer,” which left fans feeling melancholy, to say the least.

With song titles such as “Hangout at the Gallows” and “Please Don’t Die,” it was no mystery as to why the crowd was, well, lifeless.

Aside from the finale, disappointments were scarce among other acts.

The morning began with torrential downpours that faded into excruciating humidity throughout the afternoon and evening. The heat refused to be ignored, with artists like indie pop singer-songwriter Feist asking where the nearest pool was and Kamasi Washington assuring, “the sun is our friend.”

Low Cut Connie surprised everyone with its high-energy rock and roll set, which ended in frontman Adam Weiner ripping his shirt off.

Kamasi Washington donned his signature knit hat throughout his set — no doubt a bold move in the heat. An apparent expert in warmth, Washington then pulled everyone’s heartstrings when he brought out a special guest, his father flautist Rickey Washington.

The pair left fans stunned with their jazz ballads and passionate performance.

Attendance was down in comparison to recent years, but you wouldn’t have known it based on the shrieks for local artists Chastity Brown and Stefon Alexander, known by stage name P.O.S.

Brown, having just returned from her Bonnaroo debut, shared a story of her encounter with a white supremacist and preached self-love to fans who have supported her from the beginning.

Hip-hop artist and rapper P.O.S.’s set was nothing short of electric, with audience members head-banging to brilliantly-crafted lyrics.

Rife with slights to U.S. President Donald Trump and elongated bass drops, his set was a fan-favorite.

The venue received well-deserved praise for its efficiency in organization, conservation and social awareness. With a Planned Parenthood tent, water bottle refill stations and crafted sculptures in every corner, the setting left little to be desired.

While it wasn’t the greatest Rock the Garden to date, it checked almost all the boxes. Which is good enough, right?