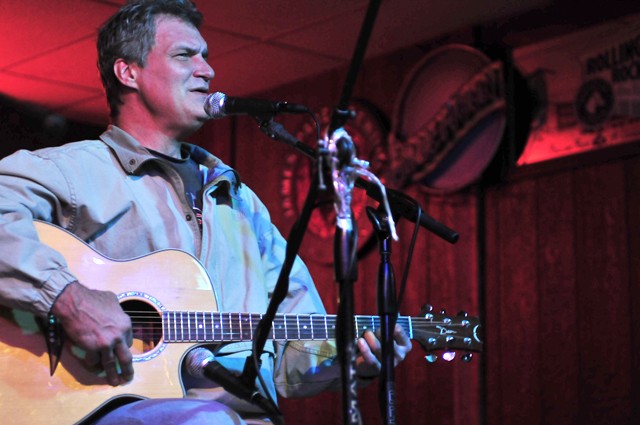 It seemed so simple. Ben Smith, owner of Glaciers Cafe, wanted to hire a singer or guitar player to ease the slow dinner hours. But because he didnâÄôt have 50 seats, the city said no. âÄúI didnâÄôt think that the number 50 or any number really would be relevant to whether you should or should not have live music,âÄù he said. So Smith approached Ward 9 Councilman Gary Schiff, who proposed an amendment, which will go before the Minneapolis City Council on Friday, that would loosen restrictions and allow more restaurants to have live music. âÄúI think thatâÄôs the least we should do in a city known for the arts,âÄù Schiff said. With the change, businesses with wine licenses and at least 25 seats would be able to offer Class D entertainment, which allows for a single, nonamplified musician, karaoke or an ethnic dancer. Currently, businesses with fewer than 50 seats are restricted from getting a Class D license. For Smith, whoâÄôs already been approached by a number of musicians, having live music would enhance the experience of coming to his restaurant. At a time when fewer people are spending money to go out to eat, the ordinance would help businesses attract crowds, Ricardo Cervantes, deputy director of licenses and consumer services, said. âÄúI think itâÄôs a step in the right direction,âÄù he said. But some business owners arenâÄôt jumping for joy. Tony Nicklow, owner of TonyâÄôs Diner, is already eligible for his Class D license but said itâÄôs not worth it. Back when TonyâÄôs was The Steak Knife, Nicklow hosted such bands as Trampled by Turtles and Roster McCabe until he was fined for not being properly licensed to do so. Now, paying for a Class D license isnâÄôt practical for TonyâÄôs because it would likely be too loud to hear a musician with no speaker. âÄúIf it was a coffee shop, itâÄôd be more mellow,âÄù he said. âÄúBut we serve beer, so it gets loud at night.âÄù The average cost for a business with a Class E license âÄî which allows for radio, a TV, recorded music or a jukebox âÄî to upgrade to a Class D is $400, said Pat Hilden, district supervisor of licenses and consumer services. The price varies according a businessâÄô plan and size. To upgrade, a business would also need to pay a one-time investigation fee of $500, which the city is thinking about lowering, he said. The amendment proposal follows a July City Council decision to allow establishments with Class A through D licenses to feature live comedians. It also brings the code in alignment with the rules governing the cityâÄôs charter wine licenses and ordinance changes, which the City Council passed earlier this year, allowing entertainment in small coffee shops and restaurants in certain areas. Although VescioâÄôs Italian Restaurant in Dinkytown is already eligible for a Class D license, owner Frank Vescio said he never felt strongly enough to change what heâÄôs been doing for 56 years. Over the years, Dinkytown has shifted from having a drug store, bakery, hardware store and grocery store to becoming predominately restaurants, Vescio said. If the area continues to become entertainment-oriented, he said heâÄôll probably upgrade his license to keep up with the trend. âÄúIâÄôve thought of it,âÄù he said. âÄúItâÄôd be kind of neat to have a strolling violinist.âÄù