Up a Desert Creek 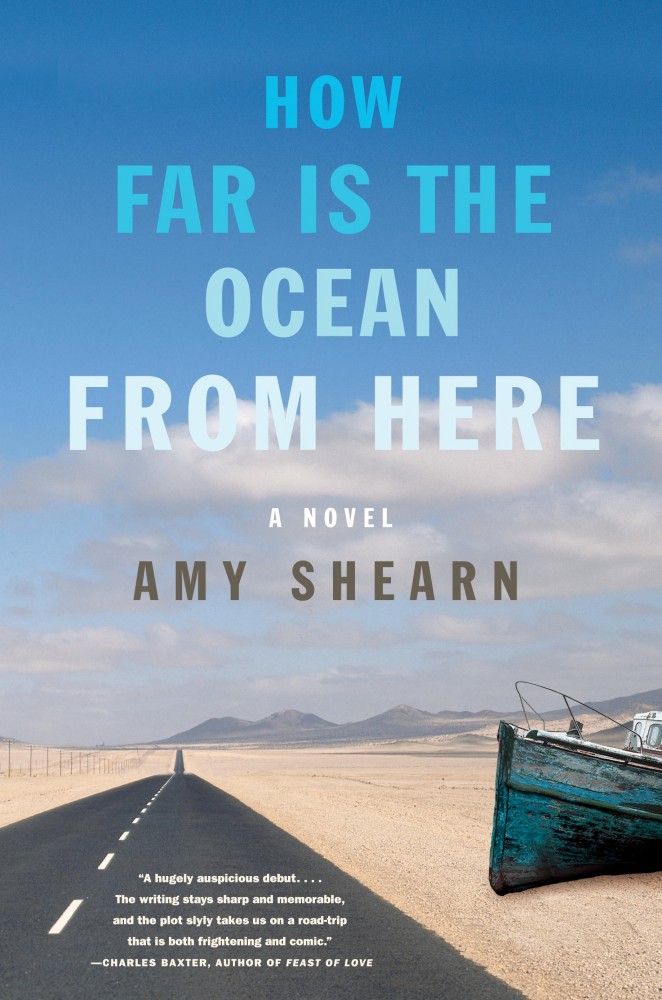 âÄúHow Far is the Ocean From HereâÄù Author: Amy Shearn Publisher: Random House Inc. Pages: 307 Price: $23 Imagine a sweat-soaked woman in the third trimester of her pregnancy speeding down a dusty road in the middle of the desert in some rusted-out, lurching hatchback. Her glove compartment is bursting with remnants of a life left behind: A rinsed-out paper cup, a lavender ribbon once used to tie up a best friendâÄôs hair. Now imagine that the baby blossoming in her stomach is somehow not hers. That is exactly how âÄúHow Far is the Ocean from Here,âÄù Amy ShearnâÄôs debut novel opens. The book centers around Susannah Prue, a basketcase of a young woman who has decided to act as a surrogate for an upper-class Chicago family. Weeks before her due date, she flees south and finds herself stranded in a nearly deserted desolate motel called The Thunder Lodge. It isn’t that she wants to keep the baby for herself âÄî well it’s not entirely clear what exactly she’s seeking, but her struggle for self-awareness and intimacy spans the stretch of the novel. A 2005 graduate of the University of Minnesota Master of Fine Arts program, Shearn relied on her supervisors, Charles Baxter and Maria Fitzgerald , and fellow MFA students, whom she calls “thoughtful readers and writers,âÄù to give her concrete feedback and encourage constant character development, the book’s major asset. âÄúHow Far is the Ocean From HereâÄù is a sincere, corkscrewing adventure, with a narrative that flip-flops points of view frequently, from Susannah, the self-conscious âÄúheroineâÄù who believes she’s nearly invisible, to Tim, a stunningly attractive, mentally handicapped 17-year-old with the hots for our pregnant lead, to anal-retentive Kit and aging Julian, the baby’s âÄúbiologicalâÄù mother and father. The strongest portion of the book evolves from the glimpses we are given into multiple, onlooking characters in the novel, who are not immediately important in cultivation of the story, but provide tiny insights into the novel’s unraveling plot. Missy Simkins, who the reader sees for seconds as she passes Susannah on the road, briefly explores her own relationship and her choice to remain childless. After this, she is gone forever, whisked back into her own reality. When âÄúhiding in her hole of a room,âÄù Shearn’s goal was to âÄúwrite the things I most wanted to read,âÄù and with a constantly hurdling pace, the novel is difficult to set down, thanks to the story’s interlocking points of view and thought-provoking internal monologues. Shearn’s strength lies in her elaborately constructed sentences, which are intricately laced with the novel’s theme of empathetic communication. She captures the beauty of landscape and emotional strengths and weaknesses without losing the story’s consistent momentum. The story oscillates between humorous and terrifying, but always remains entertaining. Perfect for a browse while perched on a bench this autumn, âÄúHow Far is the Ocean From Here,âÄù is a lyrical and sincere glimpse into the formation and evolution of modern relationships.