Hip-hop is a cabaret, ol’ chum

Hip-hop + the Guthrie Theater = Huh? Not if you're following Dessa's well-broken code. 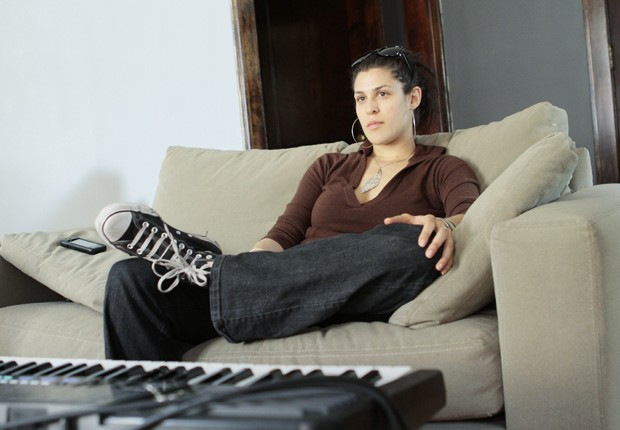 WHO: Dessa and friends WHAT: Cadence WHEN: May 5-7 WHERE: The Guthrie Theater, 818 2nd St. S., Mpls. How much: $15 – $17 MinneapolisâÄô own Dessa Darling has taken such titles as emcee, author, professor, poet and, as City Pages’ year-end awards proved, fan favorite. Maybe thatâÄôs why the Twin CitiesâÄô most prominent theater organization has sought her aid in creating a weekend out of their usual norm, one devoted entirely to hip-hop. With her three-evening live showcase of some of Twin CitiesâÄô best rappers, poets and performers, you can add another designation to the Doomtree parakeet: Master of Ceremonies. Like all things Dessa, this event will be literary-bent, with Dessa as curator and readings from spoken word artist Shane Hawley, among others. She was commissioned by the Guthrie Theater to pick talent that would create what she called a “cabaret vibe.âÄù Poets and hip-hoppers were first picks, although Liza Minnelli is not on the bill. “I jumped at the chance. The Guthrie is a beautiful room with a great sound,” Darling said. “I like the idea of having a classy evening for people to check out Minneapolis and St. Paul’s best hip-hop talent.” Hip-hop’s street-ridden reputation and the Guthrie’s posh notoriety don’t exactly go together like wine and cheese, but Darling, frankly, doesn’t give a damn. “I think people give hip-hop too little credit. They imagine it would seem out of place in a venue that we think of as sophisticated. I don’t think that at all,” she said. “Wearing a little black cocktail dress to a hip-hop show? I like that idea.” Headlining the first night of the affair is fiery SotaRican performer Maria Isa. Opening for her will be emcee M.anifest of Ghana, whose collaboration with Ivorian Menoosha, “African Boy” âÄî a response to Kanye West’s “American Boy” âÄî was a vociferous and lucid declaration of identity. “He impresses me more with every project that I hear from him,” Darling said of M.anifest. “I think he’s smart, musically talented, and he’s got a real graceful ambition to him.” Opening for Darling on the third night will be Grammy-winning Matthew Santos, whose “If you are what you say you are / a superstar” hook has been overstaying its welcome in America’s ears for about a decade now. Amid all this inundation of poets, writers, rappers, DJs and even session stand-up bass players, there must be some common denominator. So what is it? “Probably that I like them,” Darling said. “I like brave, smart, articulate artists. All the people booked to play this event could be described accurately with those words.” But never fear, hip-hopping humdingers, Darling is no rhyming nose-tipper. “I also like the dive-bar whiskey shots from whatever glass is on hand, that kinda thing.” But there wonâÄôt be dartboards and Big Buck Hunter at this shindig. The Cadence show will be different from that, Darling said, calling it will a classy chance to see vibrant performers in an unusually intimate setting. “I think this is a perfect date night,” she said. “And if you’re inclined to throw on a string of fake pearls and your recent cotton dress from Forever 21, more power to you.”