The two day pop-up show takes a regular gallery and turns it into an open conversation surrounding art, sex and sexuality. 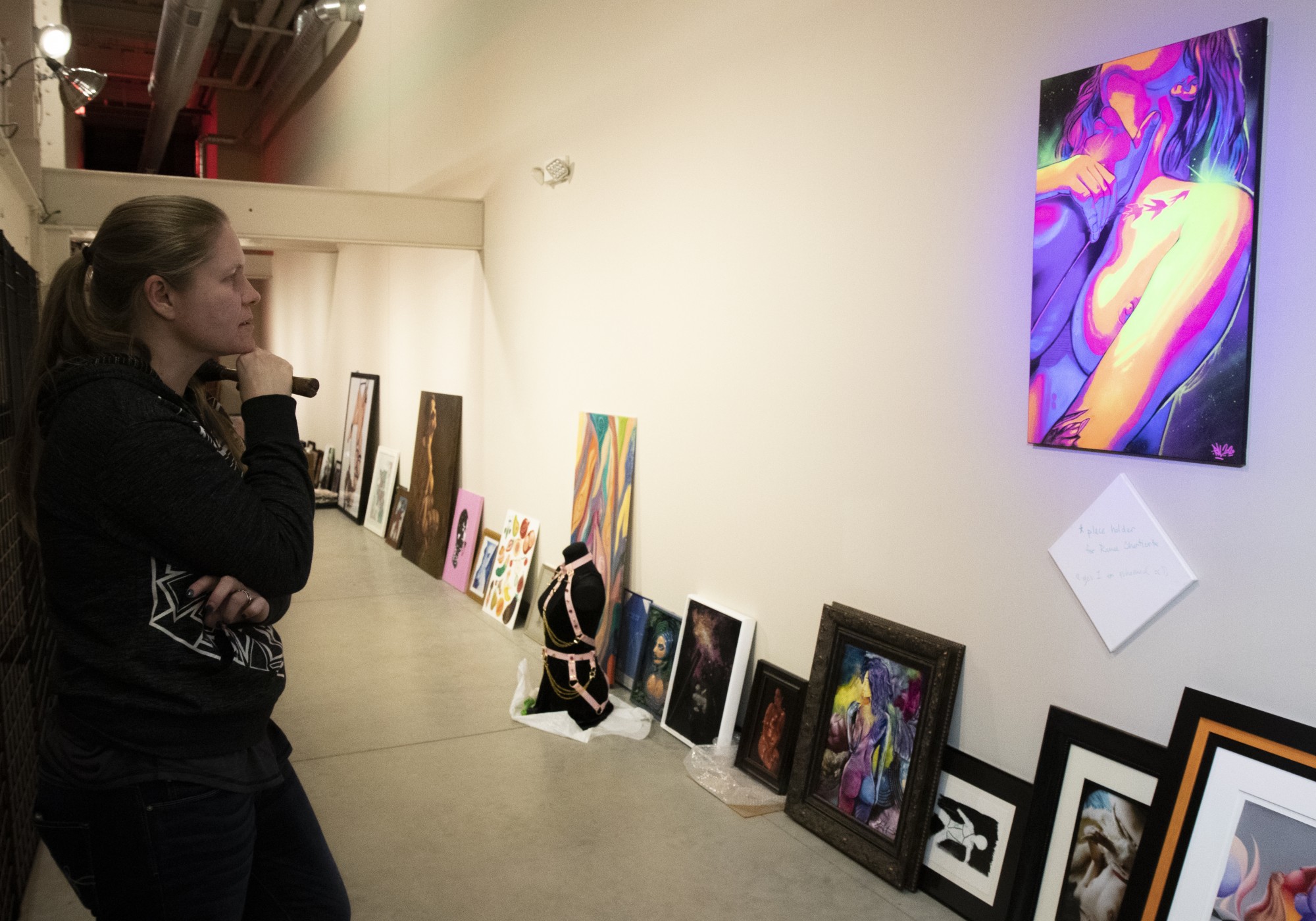 Valentine’s Day is right around the corner, and if you’re still not sure where to take bae, Otherworldly Arts has you covered with an event that’s the perfect mix of sex and art.

The two-day pop-up event at the A-Mill underground museum will feature over 80 artists, with works ranging from photographs to wood-block prints.

Pebbles said “Safeword” had the highest number of artists from out of state and outside of the country contact her about being in the show. There were over 200 submissions. Regardless of the challenges faced during setup, Pebbles is optimistic. She specifically chose Valentine’s weekend because she thought it would be the one time of the year where sex isn’t so nerve wracking for people.

Artist Dovanna Cleary says that art shows like “Safeword” are very important because they bring topics like sex and sexuality to the forefront, making them less of a taboo.

For artist Rob McBroom, “Safeword” will hopefully also curate a sense of community among attendees.

“If people come in and they are squeamish about it, or if they’re dealing with things on their own, they can go and see that they’re not alone,” he said.