The Class of 2018 graduate will be on the ballot for the vacant 60A seat in the DFL primary on Tuesday. 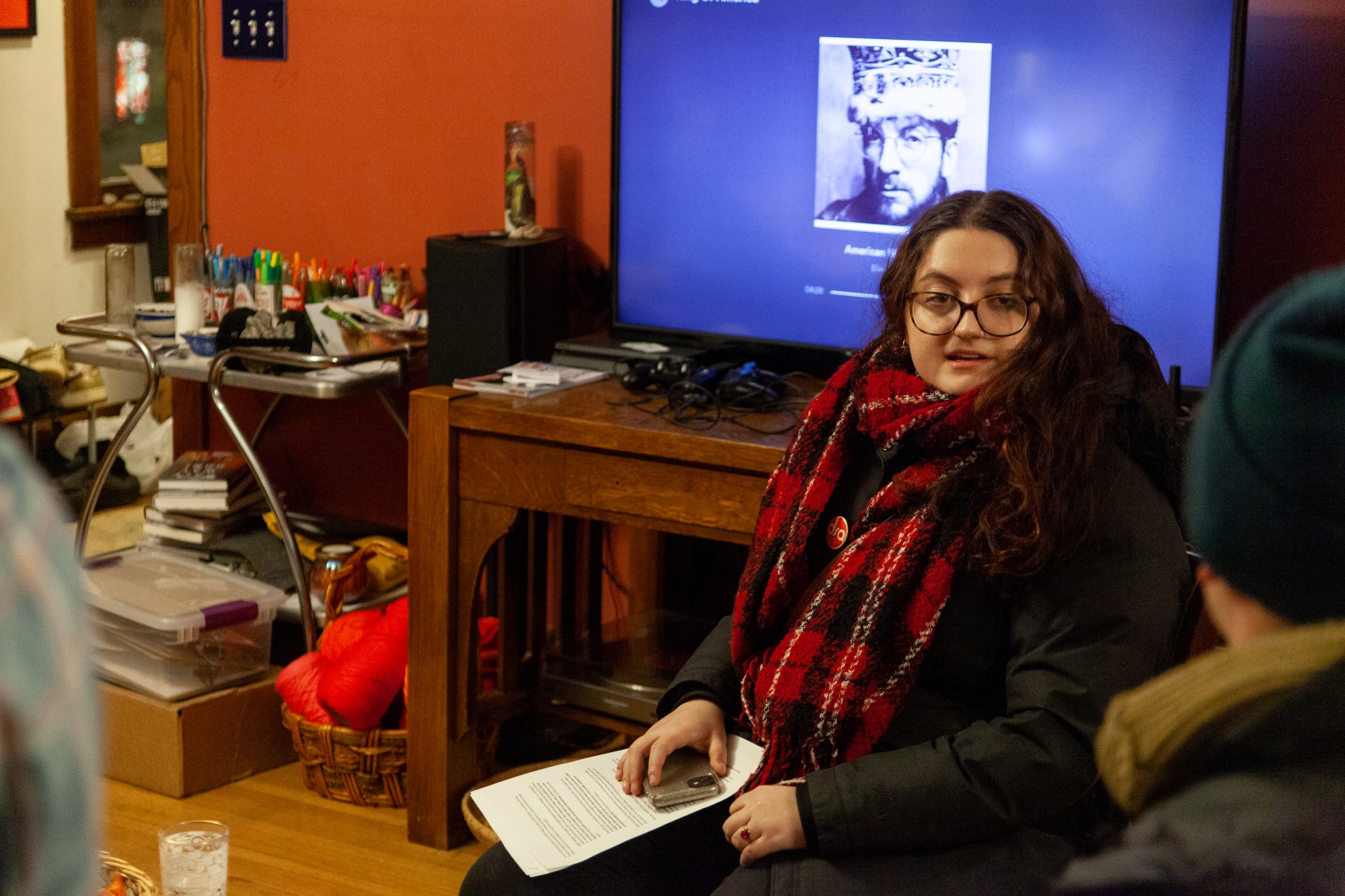 Sonia Neculescu strategizes with a small group of volunteers before a door-knocking session in Northeast Minneapolis on Thursday, Jan. 16. Neculescu is on the ballot for Minnesota House District 60A.

Like many University of Minnesota students, Sonia Neculescu moved to the Southeast Como neighborhood in Minneapolis to begin her college career. But after her rent went up, she was forced to look for more affordable housing in Northeast Minneapolis.

Recognizing that others in the community share her experience of rising rents and displacement, Neculescu decided to take action and run for Minnesota’s 60A seat in the state House of Representatives.

“I think we’re in a really urgent political moment right now, and we need a representative in this seat who will push for the bold policies that we need and that working people need,” she said.

Following Tuesday’s primary, the special election for the 60A vacant seat is Feb. 4. The district, spanning much of Northeast Minneapolis and part of Southeast Minneapolis, was previously represented by longtime DFL Rep. Diane Loeffler, who died in November after battling cancer. Of the 11 DFL candidates vying for the position, Neculescu is among the youngest at 22 years old. If elected, she would be the youngest woman ever elected to the Minnesota Legislature. Though Neculescu said various barriers often prevent younger individuals from running for office, she sees her age as an asset.

Faisa Ahmed, president of the University’s College Democrats and a 60A constituent, met Neculescu in 2018 at an organizing meeting for then-state Rep. Ilhan Omar. Despite her age, Neculescu’s history as an organizer, renter and working-class resident of the district is experience enough, she said.

While at the University, Neculescu co-founded Women for Political Change in 2015, a student group that aims to use political activism to empower women, trans people and non-binary people. The group became a nonprofit in 2018 and now operates statewide with Neculescu as political action director.

“I really think our future is in young people,” Morris said. “So in order for that to happen and to really make a progressive change as most young people want, it’s important that we have a seat at the table or at least a voice at the table.”

The nominated DFL candidate will then face Legalize Marijuana Now party candidate Marty Super in the special election. No Republican candidates are running for the seat.