The junior guard entered the transfer portal in January after being suspended indefinitely. 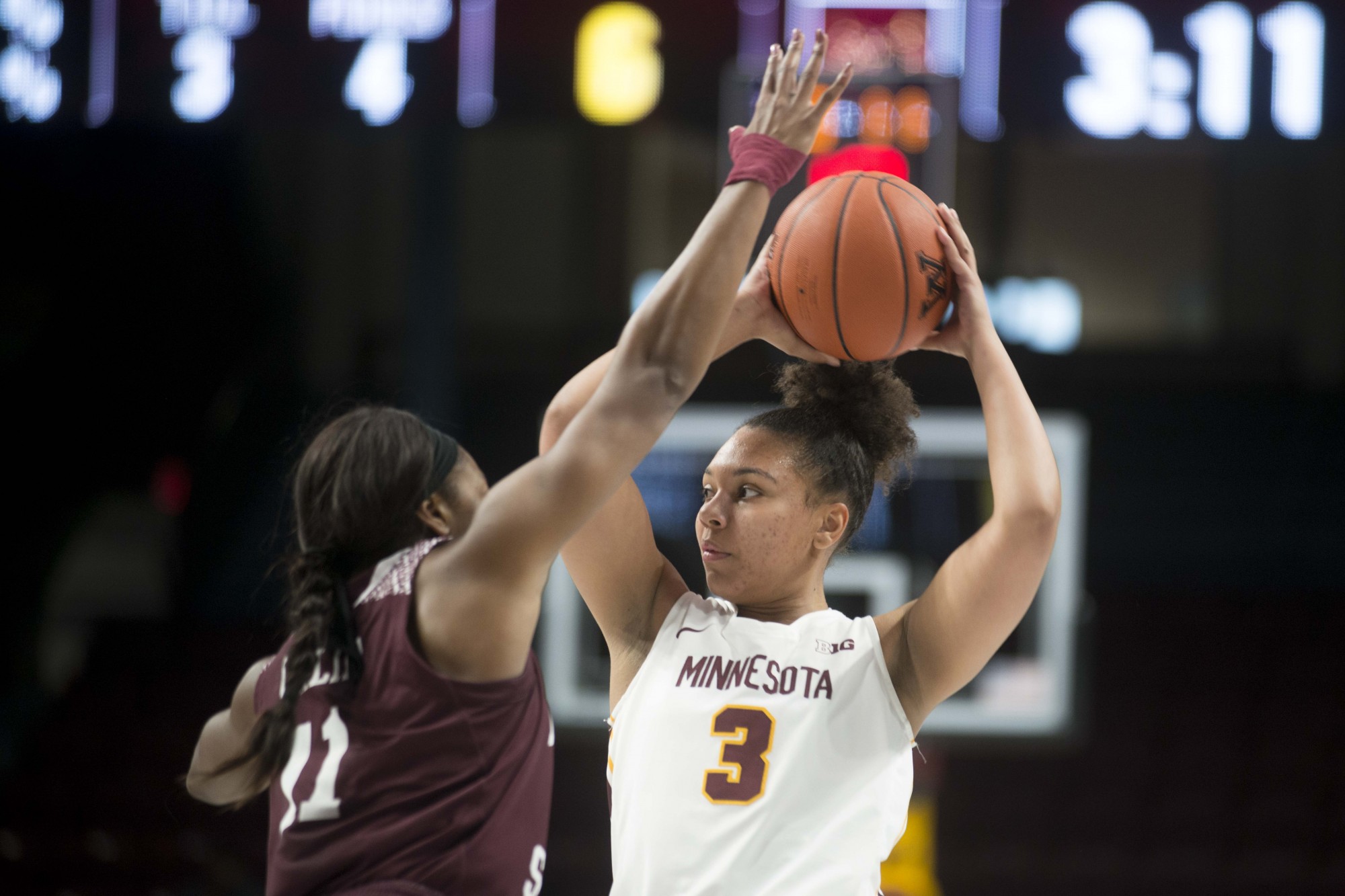 Forward Destiny Pitts looks to pass the ball through a defender at Williams Arena on Tuesday, Nov. 5. The Gophers fell to Missouri State 69-77.

The decision comes almost four months after Pitts entered the transfer portal after playing only 15 games for Minnesota in her junior season. In January, Pitts wrote on social media that she chose to transfer after being suspended indefinitely for her “body language.” She said she wanted to go to a school that would support her.

Both Pitts and Minnesota head coach Lindsay Whalen were quiet regarding the exact details of the situation, but it appeared to escalate after Pitts was benched toward the end of a close loss to Northwestern. The following day, she found out she would be suspended indefinitely. Hours before the Gophers played Iowa on Jan. 16, Pitts announced her decision to transfer.

Whalen has not mentioned Pitts directly since she entered the transfer portal, but has discussed and placed importance on building a strong culture players buy into at Minnesota.

Pitts, a native of Detroit, will now leave the Midwest and make a new home in Texas. As a Gopher, Pitts finished as an All-Big Ten guard her sophomore season after earning the Big Ten Freshman of the Year award in 2017-18. She led the Gophers with 16.3 points and added 4.8 rebounds per game this season. She will join a Texas A&M squad that has finished in the top five of the SEC the last two seasons and had a record of 22-8 last season.

“We fell in love with her when we were watching film on her,” Texas A&M head coach Gary Blair said of Pitts in a statement. “And then when she came here on her official visit she fit in with our kids like a glove.”

Pitts will most likely have to sit out for a season unless granted a transfer exception or waiver.