The Gophers face the Beavers in the team's first game of the season. 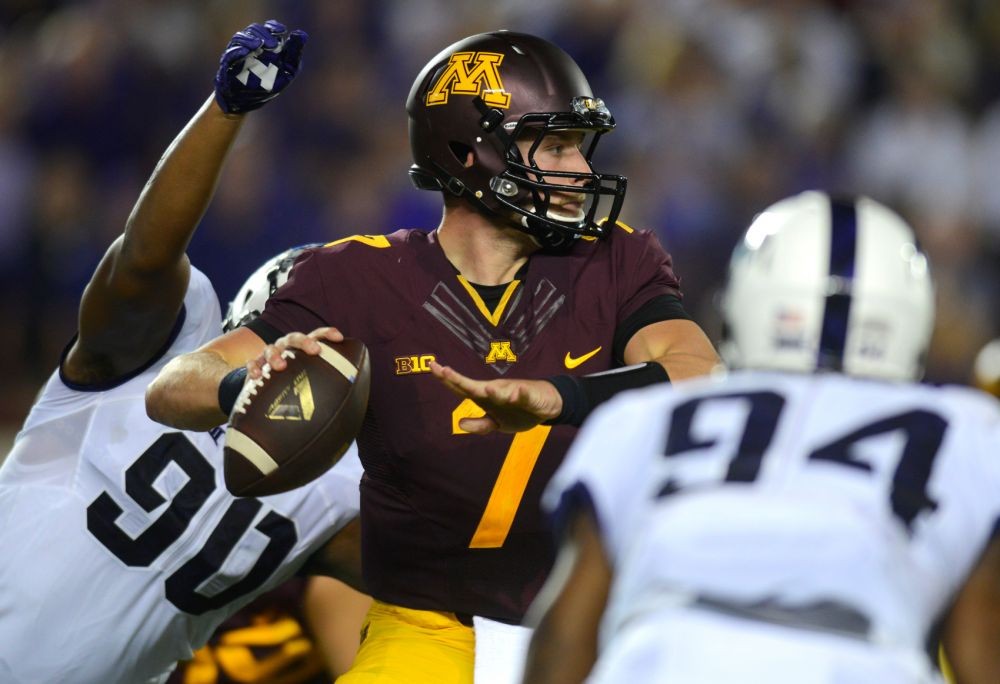 Minnesota kicks off its 2016 season against Oregon State Thursday night, in what should be a much easier opener for the Gophers than last year’s 23-17 loss to No. 3 TCU. A full breakdown, prediction and other notes can be found below:

The Gophers were dealt a significant blow when their leading rusher from last year, sophomore Shannon Brooks, was ruled out of Thursday’s game after breaking a bone in his right foot in early August. Fortunately for Minnesota, Oregon State’s rushing defense was seriously lacking last year, and was ranked 115th in the FBS. The Beavers lost their leading tackler from last year, Rommel Mageo, when he transferred to No. 11 Ole Miss in March. Oregon State also has a young, inexperienced defense, with 12 freshmen listed in their two-deep. Gophers redshirt sophomore Rodney Smith and junior college transfer junior Kobe McCrary will get the carries on Thursday, and should have a good game against a team that went 2-10 last year.

When Oregon State runs the ball:

Oregon State’s rushing offense was in the middle of the Pac-12 last season, but the team has an almost entirely new backfield this year. Sophomore running back Ryan Nall will be the Beavers’ starter. He averaged 6.2 yards a carry last year and started two games. Minnesota’s rushing defense was average last year and placed 61st in the FBS, but graduated a few key players in its run defense, like linebacker De’Vondre Campbell and defensive lineman Theiren Cockran. While the Beavers won’t have a field day on the ground, but could see some success.

Mitch Leidner’s 30th career start will come against Oregon State — and it should be one of his better games. The Beavers’ passing defense ranked eighth in the Pac-12 last year and returned most of its secondary, but the Gophers are also heavily-stocked with returners. Junior tight end Brandon Lingen is doubtful for Thursday’s game, but wide receivers Drew Wolitarsky and Rashad Still should pick up the slack. Leidner may not throw 300 yards and four touchdowns, but even with the loss of his favorite graduated receiver, KJ Maye, Oregon State’s passing defense isn’t good enough to significantly hinder the Gophers.

When Oregon State passes the ball:

Quarterback Darell Garretson — a Utah State transfer that sat out last season — will face an easier Gophers passing defense than he would’ve a year ago. The Beavers also returned their two leading receivers from last year. That doesn’t mean this matchup will be a walk in the park for him. Redshirt senior Minnesota safety Damarius Travis will make his return to the field Thursday after missing most of last year, and despite the graduation of cornerbacks Eric Murray and Briean Boddy-Calhoun, Minnesota’s secondary should be fine with senior Jalen Myrick and Travis still there. Watch out for wide receiver Jordan Villamin, though — he’s totaled 660 yards with three different quarterbacks.

The Gophers may not win this one through the air, but they should be able to limit the Beavers’ defense and score their points on the ground.

Around the web on the Gophers and the Beavers:

-There was a lot of premature talk this offseason about Mitch Leidner potentially being a first-round pick in 2017 after notable NFL Draft gurus Mel Kiper Jr. and Todd McShay both declared Leidner first-round material. Connor O’Gara of Saturday Tradition sat down with Steve Palazzolo of Pro Football Focus and got the real story on Leidner, who is currently far from being first-round talent.

2. Tracy Claeys, king of Clay Center, is a homebody, and a hero

-This was an excellent profile of the Gophers’ new head coach done over the summer by the Star Tribune’s Joe Christensen. It’s a great look into Claeys’ impact on his hometown and his mild-mannered personality.

-Gina Mizell of the Oregonian chronicled Oregon State’s strength and conditioning coach Evan Simon’s battle with cancer. Simon had cancer in his thyroid, neck and chest in March, but returned to work less than a month after a 13-hour surgery. It’s a really well written story on Simon’s journey.

4. Do you know the last Gophers QB to start in NFL?

-Here’s a fun story by the Pioneer Press’ Jace Frederick. If you knew the answer to the question before reading the story, good for you. I would’ve guessed that the Gophers have never had a quarterback start in the NFL.

­-A slideshow by the Oregonian’s Danny Moran that gives you 10 things to watch for in the game from the Oregon State side.

1. Mitch Leidner is not a first-round pick … yet.

-Sure, maybe Leidner will turn into this year’s Carson Wentz but you could say that about anyone. This first-round hype for Leidner is a bit far-fetched given his history. He has a long way to go to become first-round material. I’d give him much higher chances of not getting drafted at all right now than going in the first three rounds.

2. A win against Oregon State would be a good first step, but it won’t mean much.

-This is a game the Gophers should easily win. They’re 13-point favorites and just appear to be a lot better than the Beavers. Still, don’t read that much into the victory margin should they win. Minnesota’s first real test will be against Penn State on Oct. 1.

3. The Gophers will not reach the Big Ten championship game

-This should not be a surprising claim, but this is not a team that can win the Big Ten West. Thanks to ESPN’s Kirk Herbstreit for making the bold prediction and setting the bar of success far too high for the Gophers this year. An 8-4 record would be a great accomplishment for the 2016 Gophers.