The classical-indie amalgam including The National’s Bryce Dessner is about to launch into success, stopping at our own Southern Theater on the way. 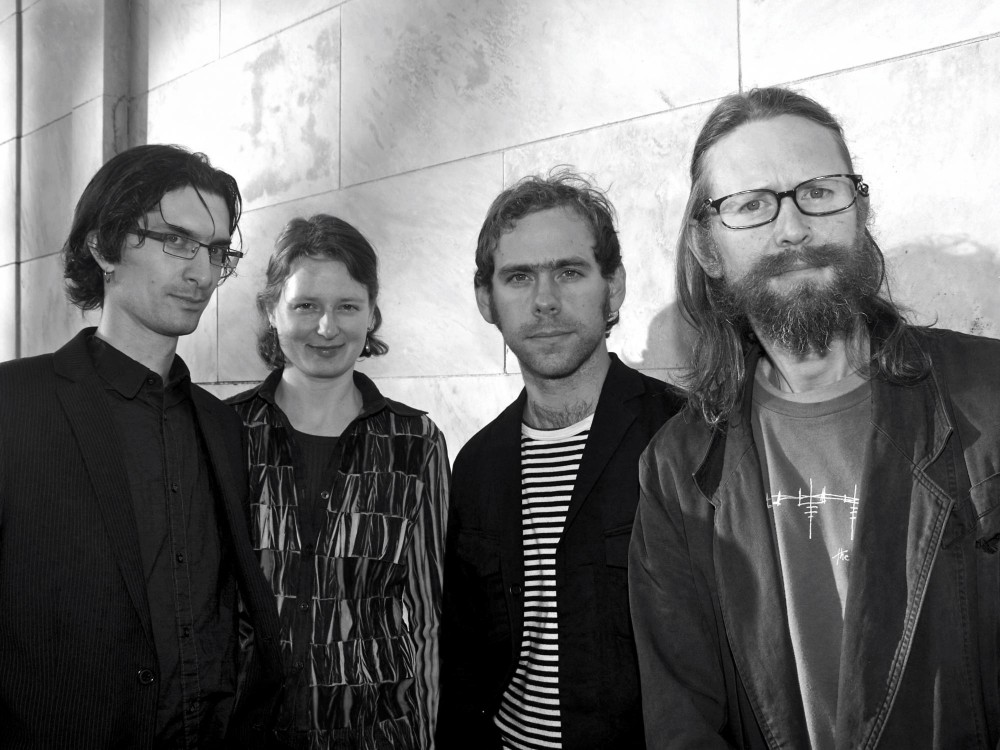 WHO: Clogs WHEN: Feb. 19-20, 8 p.m. WHERE: The Southern Theater, 1420 Washington Ave. S. TICKETS: $22 Bryce Dessner, whose guitar stylings and Bruce Springsteen-endorsed compositions you might recognize from the bookwormish indie group The National, is bringing his other, even longer attention-spanned project, Clogs, through Minneapolis next week. Clogs are, if you can believe it, an even more refined version of The (far from rudimentary) National. The group is a cross between John Cale and Igor Stravinsky, creating a rare classical-indie hybrid of Ivy League sophistication âÄî the group met while studying at the Yale School of Music. They are set to release their fifth record, âÄúThe Creatures in the Garden of Lady Walton,âÄù in early March. Unlike probably every rock band ever, Clogs have a bassoon player. A&E sat down with the blower of that sweet baritone, double-reeded, woodwind contraption to discuss Europeans, Clogs’ new record and the tragic scarcity of the bassoonist in rock ‘n’ roll. You guys have been together for 10 years now. How is it playing with the same people for 10 years? Yeah we got together around ’99 when we were all students at Yale. It’s a real treat and a real privilege. I think that’s one of the hardest things âÄî keeping groups going, in the classical world and rock world. There are so many factors that can make [a band] derail: personalities, people fighting, people going in different musical directions, different jobs âÄ¦ or life comes along and someone has a kid. Has it been a challenge as a classical-based or instrumental band in a short-attention-spanned world? We’ve never been popular and I don’t think we probably will ever be popular. [Laughs] I mean the people who are interested are really dedicated and really devoted and it’s really fun playing for people who love our music. And we’re trying to reach out to more people. But we’re such a funny little oddball niche. The people who have time for us, I think their interests in music are pretty broad. They maybe aren’t spending their time watching MTV. What would you say the demographic would be for typical Clogs listeners? I’m not sure I have a very good sense of that. A lot of Europeans e-mail us. It’s kind of all over the place, but I think I get the most inquiries from Europe. I also think a lot of college-aged kids know who we are. I think we benefit a lot from The National having broken out. What’s the writing process like for you? Well, our new record, âÄúThe Creatures in the Garden of Lady Walton,âÄù was a commissioned project that [viola and violin player Padma Newsome] received in ’04, and then he got an additional assignment to spend six weeks on the island of Ischia, which is just off the Bay of Naples in Italy and is apparently totally gorgeous with a bunch of sub-tropical plants in Lady Walton’s garden, the widow of Sir William Walton, the British composer. So Padma’s process was his usual process: roaming around for ideas and scoring things. Sufjan Stevens is on your new record. What’s it like working with him? It’s always fun to collaborate with people. He’s great. He has a really unique sound and kinda quirky banjo playing too. It’s always a treat to play with people who have a lot of character and he’s one of many. Do you think the bassoon is underrepresented in modern rock ‘n’ roll music? Oh sure! [Laughs] You could always use more bassoon. Not even just rock ‘n’ roll, also classical. People are still in the thralls of writing for bass clarinet all the time. Really the bassoon is sadly underrepresented in lots of music.