After substantially dropping from 2017 to 2018, the number of freshmen living in a foreign country when they applied to the U increased 63 percent from 2018 to 2019. 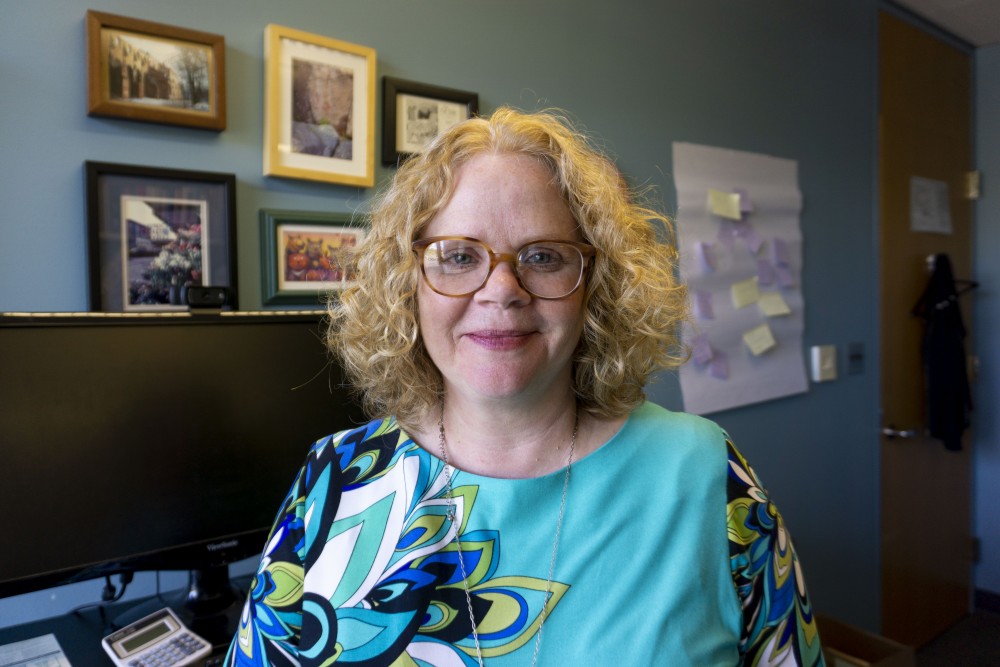 Dr. Barbara Kappler, director and assistant dean for International Student and Scholars Services, poses for a portrait in the Humphrey School of Public Affairs on Tuesday, Oct. 8.

As of fall 2019, the number of freshmen living in a foreign country when they applied to the University increased about 63 percent compared to last year, according to the Office of Institutional Research.

However, the 2018 freshmen enrollment for the same demographic shrunk nearly 30 percent compared to 2017, according to data from the University’s International Student and Scholar Services.

Officials said the upswing is partly attributed to various campaigns and measures they have taken to fend off the decline.

Many University recruitment staff travel outside the United States to specifically develop relationships with high schools, providing opportunities for high school students and their families.

“We have looked at all the communications that we are sending to prospective students to see how we can be more specific … to answer their questions about what is really like to study here,” said ISSS Director and Assistant Dean Barbara Kappler.

Last fall, the University had staff or alumni recruiting in 37 different cities worldwide.

Sophomore Liyuan Zheng, an international student from China, said he came to the University following his friend’s advice. Zheng also said the tuition, academic reputation and living expenses are among the main factors for him when he chose where to study.

“The tuition [at the University] compared with [the] U.K. is relatively low, I would say,” Zheng said.

Prateeth Nayak, a University master’s student from India, shared the same thoughts, saying he heard about the University from an upperclassman who used to study here. The University’s research-oriented programs attracted him to the University.

In 2018, roughly 6,000 international students were enrolled at the University’s Twin Cities campus, sharing 12 percent of total University enrollment, according to ISSS.

Kappler said international students are an indispensable group on campus for academic communication.

“I think that the commitment is there for our institution to be prestigious throughout the world and to be a world-class University,” Kappler said. “To have that commitment for that internationalized education is really critical.”

However, challenges like fluctuating currency rates and multiple study abroad options may also make enrollment numbers unpredictable in the future.

“Each of these numbers are human beings,” Kappler said. “They are those who made these decisions. It is a really powerful decision to come to another country for your entire degree program, and I am just really thankful that students are seeking those opportunities.”