The University’s two interim deans see themselves as more than just caretakers. 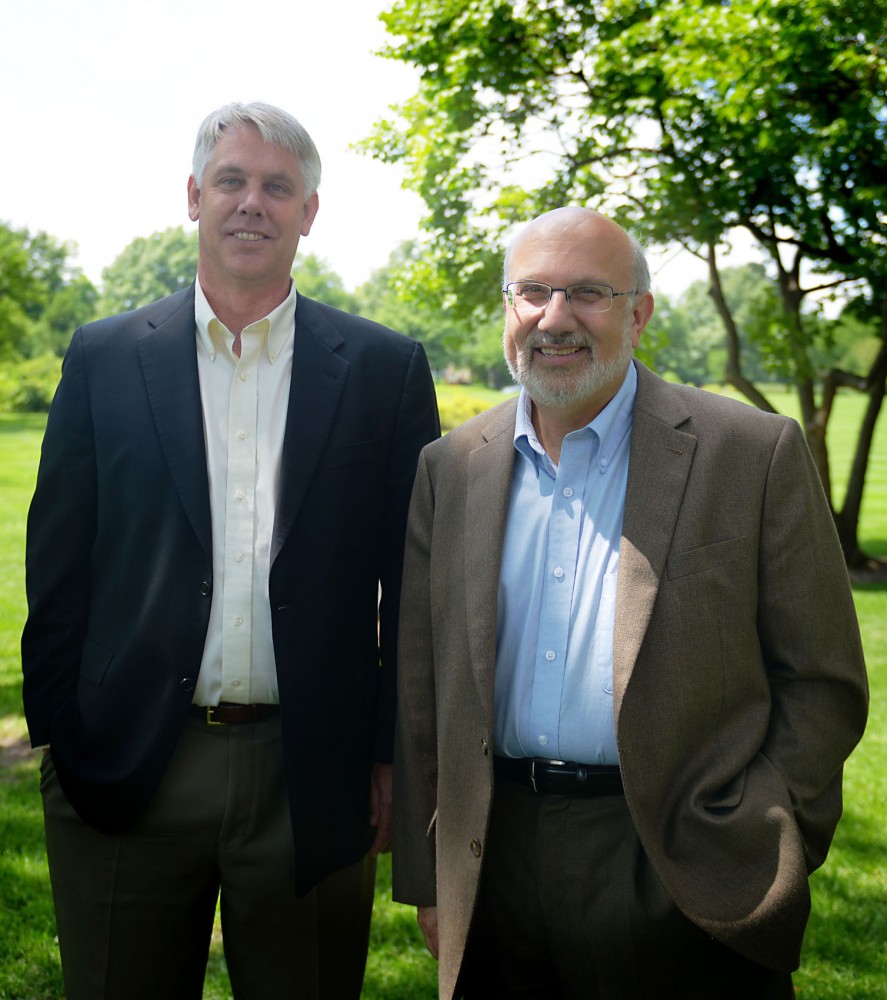 The University of Minnesota’s College of Liberal Arts and College of Food, Agricultural and Natural Resource Sciences are currently undergoing dean transitions, which means saying goodbye to long-term leaders and shifting to interim ones.

Though they come from very different colleges, CLA’s Raymond Duvall  and CFANS’ Brian Buhr   both look to spend their time as interim deans moving their colleges forward, not just sitting back and preventing things from going wrong. Interim deans fill the position until a permanent dean can be found.

Ever since Duvall stepped in as interim dean of CLA at the end of June, he said he’s been learning everything he can about the college.

“It’s almost a nonstop learning process for me,” he said.

Duvall spends part of every day in the new position meeting with different departments so he can better represent them.

But he also spends time working on projects to grow the college, he said.

“Part of each day is devoted to making sure that the college is moving forward,” he said. “I’m not just gathering information about it.”

As he prepares to step in as interim dean of CFANS on Aug. 26, Buhr, head of the Department of Applied Economics, has also spent time meeting with other department heads about their goals.

Buhr said he also plans to be more than a caretaker.

“You need to keep those moving ahead,” he said.

‘Love for the institution’

Duvall is completing projects that former CLA dean James Parente started, as well as launching his own initiatives.

For example, Duvall said he’ll continue to develop Parente’s partnership between CLA and the Humphrey School of Public Affairs to create a human rights institute. He’s also working on new initiatives like developing programs for students whose major is undecided.

“We want to do more by way of making sure that the College of Liberal Arts is really an exciting educational opportunity for the students that are here,” he said.

Although some interim deans do, Duvall doesn’t plan to apply for the dean position.

“I’m doing this out of love for the institution,” he said.

Once a new dean is found, Duvall said, he plans to resume his position as a political science professor. He said he’ll bring what he learned about all of the different departments back to his own.

“I’ve always been an enthusiastic person,” he said. “If anything, I will bring back even greater enthusiasm.”

One of Buhr’s main tasks will be making sure the majors run smoothly when they become available for students in the fall.

“It’s sort of like changing the engines on the airplane while it’s moving,” he said, because new majors need attention even after they’re launched.

Buhr said he also plans to help develop research projects for MnDRIVE, a research initiative that received funding from the Legislature last session.

Although the search for the next CFANS dean will be both external and internal, Buhr said he hasn’t decided yet if he’ll apply.

Allen Levine — who announced his plans to step down in early June  —  has served as dean since 2006, when two colleges and a department combined  to form CFANS.

He said he’s stepping down because the long-term changes he set out to make seven years ago have been completed and initiating another set of changes now would require staying on for several more years.

“I didn’t want to start things and not finish them,” he said.

Levine will return to the faculty in late August and serve as a liaison between Senior Vice President for Academic Affairs and Provost Karen Hanson’s office and the rest of the University to help them communicate about interdisciplinary learning.

He said Buhr is a “solid thinker” who understands the breadth of the college.

“It’s nice to have somebody who has a full picture of the college,” Levine said.