University curlers say enthusiasm for the Canadian sport is catching on in Minnesota. 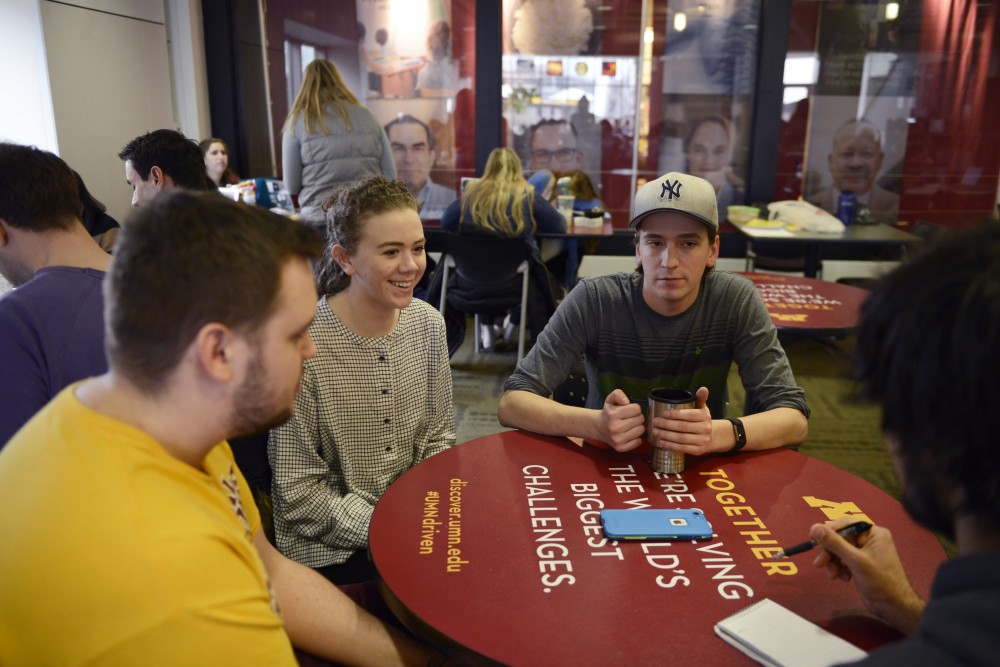 The University of Minnesota Curling Club slid into first place at a national competition earlier this month, and members say momentum for the sport is growing.

At the College Curling National Championship, the University’s club beat out the University of Nebraska in a 9-2 final game. Sixteen qualified teams from across the country competed at the tournament in Utica, NY. Though team members speculate the sport’s popularity spikes during the Winter Olympics every four years, they say support is snowballing.

“This year it will be popular again, so it’s good that we did this now,” said club member Kathryn Kaseno.

Teams qualify for nationals based on points they gain by winning. In 2013, the top team had 39 points. This year, the top team, Rensselaer Polytechnic Institute, had 95, and schools had to reach 36 points to qualify, Welch said.

Team members said they were proud of surpassing high-profile schools in the competition, like Yale and Harvard.

“Last year we actually lost the championship to U Penn, and then this year we played them to make it to the semifinals,” Leksell said.

Last year, the Chaska Curling Center hosted and co-sponsored the tournament. The curling clubs bid on who gets to host the championships with the USA Curling Association, and then the association picks one, said co-captain Hunter Welch.

Veteran curler and communications manager at the Blaine-based Four Seasons Curling Club, Regan Birr, said she believes even more college teams will be present at the event in upcoming years.

“It’s one of the hippest sports you can do because it’s welcoming to everyone,” said Bir. “People can play until they’re 90.”

Birr said in Saskatchewan, Canada, her hometown, people play the sport from middle school through college, and often continue in adulthood. She said she’s seeing the same type of enthusiasm catching on in Minnesota, with some middle schools recognizing curling as a letter-eligible sport.

This longevity of the sport is why Kaseno continues to hit the ice.

“It’s not something where when you reach your 30s you can’t physically do it,” Kaseno said. “You can play your entire life.”

In addition to being a lifelong sport, University curling teammates said the community aspect of the sport is what keeps them tied to their brooms.

“It’s a competitive game, but at the same time it’s very friendly”, said Welch. “I know a good amount of the picture at nationals showed us laughing with the other team. Even when you’re on the ice, everyone is there to have fun”

In fact, proper etiquette includes conversing and going to a meal with an opposing team after the match, said Leksell.

“We did that with Nebraska after beating them at the national championship,” Lekseli said. “We went and got pizza after the game.”