The Associated Press called Barack Obama the winner of the 2012 presidential election at 10:40 p.m. 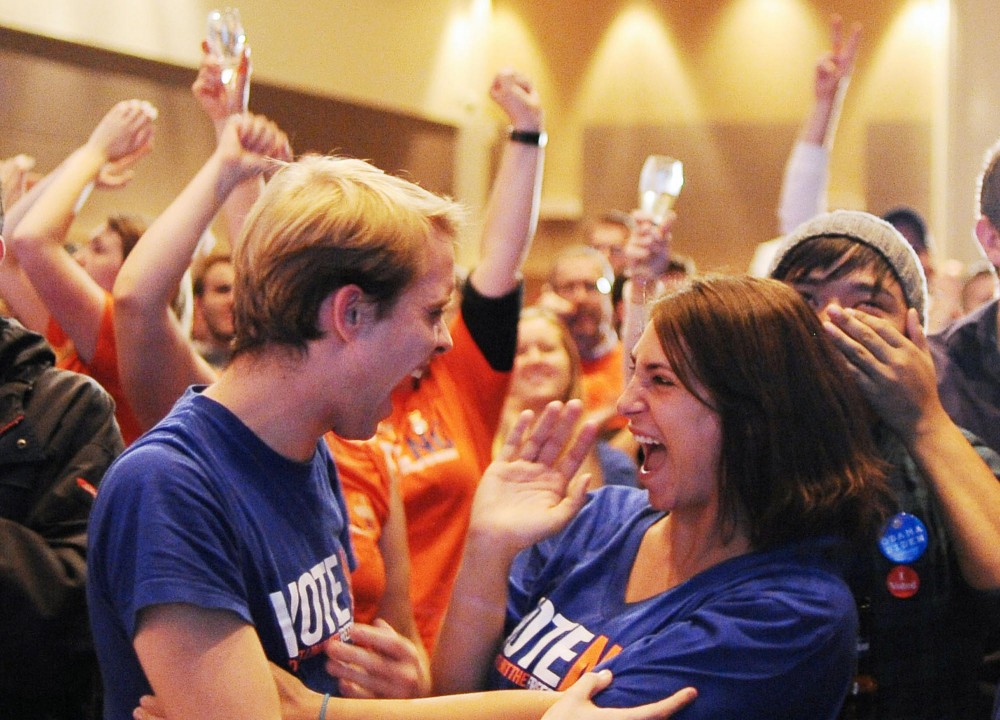 The Associated Press called Obama the winner of the 2012 presidential election at 10:40 p.m.

In the minutes leading up to the AP call, Obama tweeted to his supporters: “This happened because of you. Thank you.”

Minnesota Gov. Mark Dayton told the Minnesota Daily that Obama’s “was a hard campaign and a challenging time. I think people came to realize that he inherited a disaster and we’re headed in the right direction. Gov. Romney was basically proposing to go back to four more years of George Bush’s policies that got us in this mess to begin with.”