Several alumni have started local breweries, and U research could one day strengthen their hops. 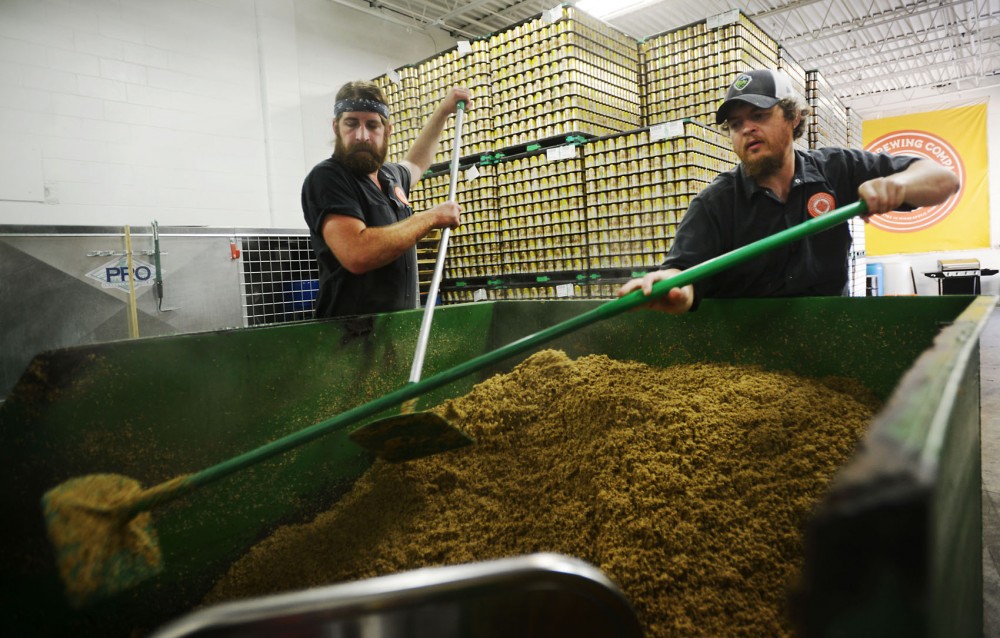 The University of Minnesota has produced several alumni in recent years that have gone on to open breweries in the metro area.

It has also provided ingredients to local companies in an effort to bolster its relationship with the local brewing community.

Now, it’s developing hops — a key ingredient in brewing beer — that can better fight disease and are more convenient to grow, in hopes to one day supply more Minnesota brewers with strong, locally-grown ingredients.

So whether it’s alumni-owned microbreweries or agricultural research on hops and barley, the University has a rich relationship with brewing beer.

Last week, the University celebrated its sudsy association with the brewing community at its second annual U and Brew event by showcasing local brewers and its brew-related research.

At the event, owners discussed their businesses, their beer and how their time at the University impacted their success today.

Many local, alumni-owned breweries have sprung up in recent years, as have dozens of others around the metro and state.

Their success is due, in part, to a 2011 state law passed by the Legislature.

The “Surly Bill,” named for the Brooklyn Center-based craft brewing company, allows microbrewers to sell the beer they produce in onsite taprooms.

The law makes it easier for brewers just getting into the business, said Tom Whisenand, a University alumnus and co-founder of locally-owned Indeed Brewing Company.

“[The taproom] was paying our bills for the first three months of the business,” he said. “It took almost half a year for our wholesale business to exceed the revenue of the taproom.”

Zac Carpenter, a University economics graduate and co-founder of Minnetonka’s Bad Weather Brewing Company, said the increase of companies in the metro comes with a strong sense of camaraderie among brewers.

Bad Weather shares equipment and space with two other breweries, including Lucid Brewing, which also has University ties.

“There’s been a lot of knowledge-sharing,” he said. “I don’t think anyone feels weird about calling up another brewer and asking a question if they think [they] would know the answer.”

Now, as more brewers open up shop across the state, they’re looking to follow suit and make their products with local ingredients.

Charlie Rohwer is a University research associate studying several crops, including hops. He’s working to create hops that are less susceptible to disease, which could eventually be used to increase hops production in Minnesota.

Most of the University’s research hops are grown at the Southern Research and Outreach Center in Waseca, Minn. There, Rohwer is not only trying to create more disease-resistant crops but is also experimenting with making hops easier to grow.

Hops grow similarly to vines — straight up in the air, winding around trellises or string — and can grow up to 18 feet high.

Rohwer said that can make checking for disease or pests hard for farmers.

“In Minnesota, it’s daunting to think that you have to grow something 18 feet high,” he said. “What we want to know is if you can grow it at 10 feet.”

Eventually, the University would like to create a new hops plant — one with a unique flavor and chemical makeup — but that won’t be any time soon.

“It’s really about getting it local and supporting the local community,” she said.