“The Skriker” goes beyond the average fairy tale

“The Skriker,” presented by the University of Minnesota theater department, runs through March 7. 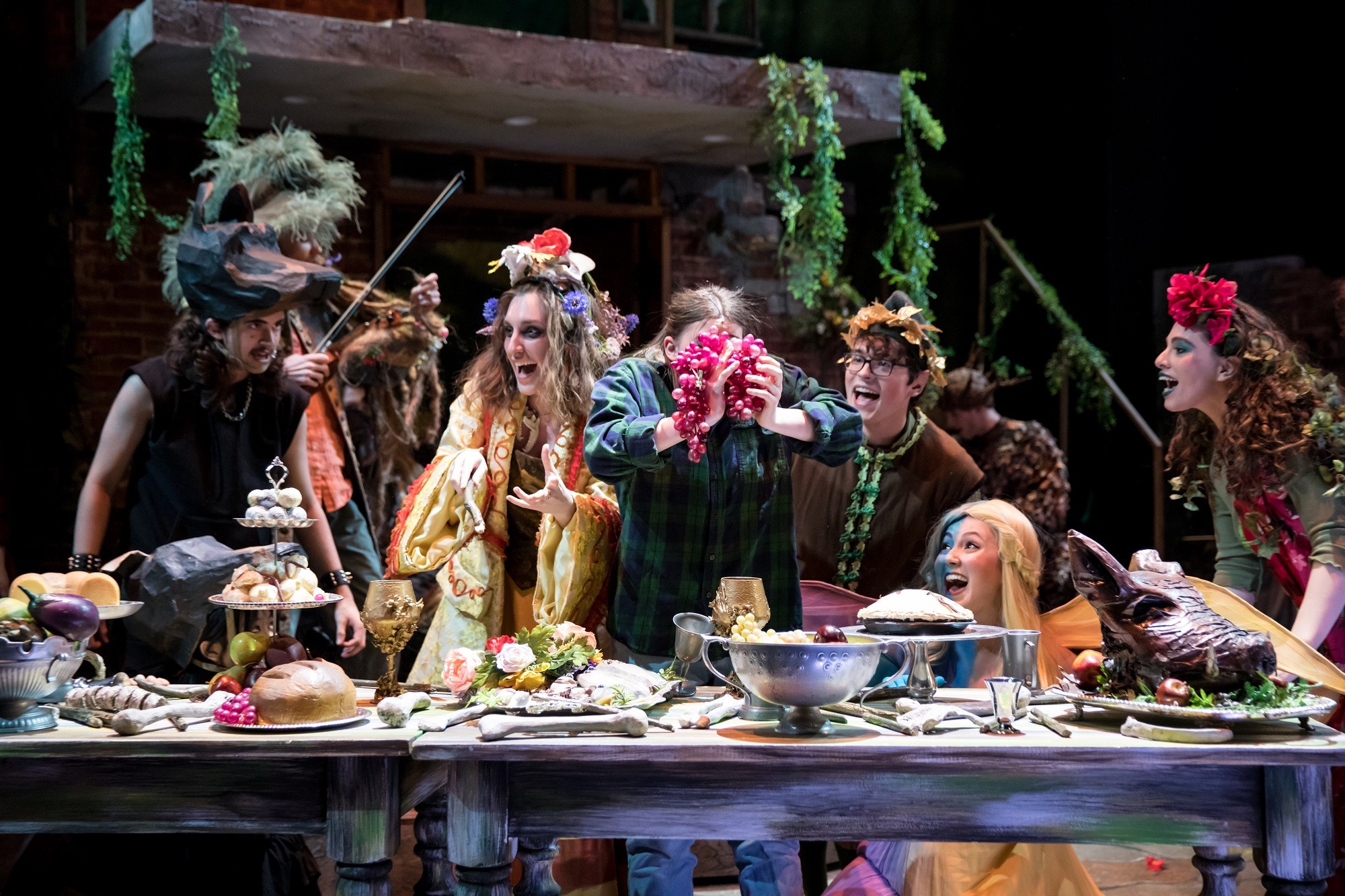 Dan Norman, courtesy of the Department of Theatre Arts & Dance.

Strobe lights flashed above a set thick with faux trees, fog poured up from cracks beneath the stage and sounds of Radiohead rumbled through the speakers of the Stoll Thrust Theatre. The cast and crew of “The Skriker” took their places for the production’s final dress rehearsal.

As this spring’s main stage production presented by the University of Minnesota theater department, “The Skriker” has proven to be no small task.

Students of the theater program, as well as department faculty, have been working since January to prepare the show for its opening night at the Rarig Center.

Written in 1994 by British playwright Caryl Churchill, this play takes the audience right into its dark world of fantasy. The show centers around two young mothers living in London who find themselves being followed, tempted and tricked by an ancient fairy known as the Skriker. The ensemble and setting switch back and forth from the protagonists walking the streets of London to scenes of fairies and supernatural creatures of the underworld.

With elaborate costumes, puppets and set design, director Lisa Channer believes this is a show for everyone.

“You don’t need to know theater to appreciate it. You just need to come and want to have a good time for an hour and a half,” said Channer, who is also a theater department faculty member.

“Even though there are horror elements, it’s genuinely fun and funny. It’s just one of those plays where you’re not going to be bored.”

From a technical standpoint, the production is ambitious. The three-story double-sided set rotates 360 degrees throughout the show — and frequently with actors on top of it. Assistant Director and  junior theater student Melanie Fellows says this is the first time a set this complicated has been attempted at the University.

“Integrating [the set] during tech was very difficult,” Fellows said. “But we got through it and the result in taking that risk has been amazing.”

All of the show’s on stage music was composed and arranged by senior theater student Wesley Hortenbach. He was able to contribute powerful choral harmonies as well as moody instrumental arrangements of popular songs from the period like “I Melt With You” by Modern English.

“It’s been a fun learning experience for me,” Hortenbach said. “It’s been great being able to have a big creative hand in a show that I like.”

Language plays a key role in the show. The title character, The Skriker, is constantly breaking into long monologues of unusual text. According to Channer, the use of puns, plays on words and unconventional sentence structure may come across as nonsense at first, but will eventually stand out as one the most interesting parts of the show.

“It’s been a challenge that I think the actors have embraced with incredible talent and grace,” Channer said. “It reminds me of Shakespeare. Every word vibrates in a million directions and has many meanings.”