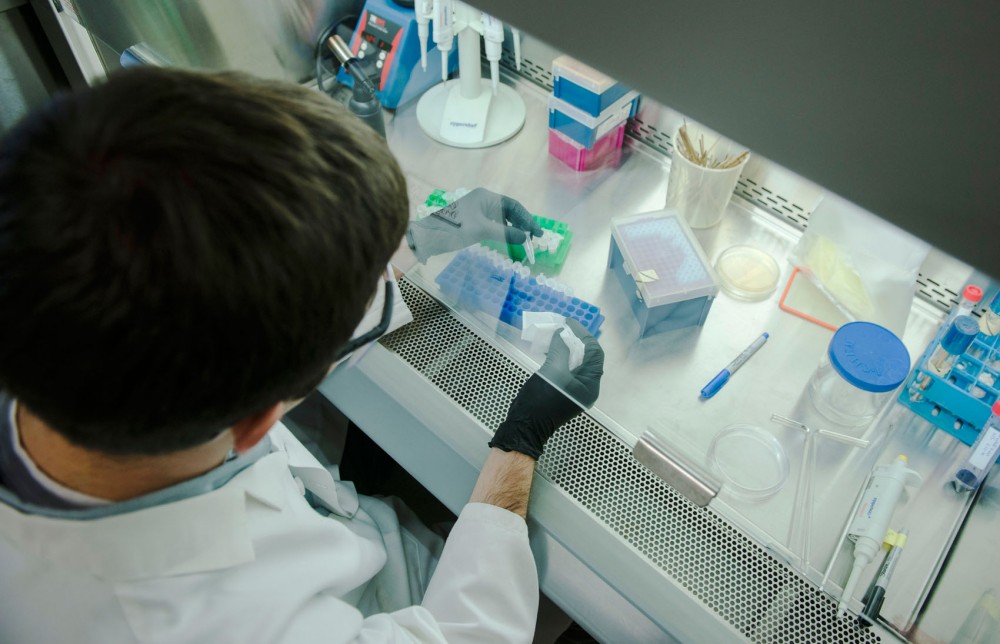 Even in the harshest conditions, life finds a way to thrive.

More than 2,300 feet underground in the lowest recess of an old iron mine in northern Minnesota, researchers have found mysterious life in pools of water that they believe might be touching oxygen for the first time in more than 2.4 billion years.

University of Minnesota researchers have been studying microorganisms living in the Soudan Underground Mine, 224 miles north of the Twin Cities. For about five years, they’ve catalogued the organisms capable of living there despite the mine’s harsh conditions, and they hope that their discoveries will lead them to new treatments for disease and new technology.

“We’re looking for new compounds from new bacteria and fungi that have some useful properties for humans, for agriculture, for biological life,” said Christine Salomon, an assistant professor in the University’s Center for Drug Design. “It’s a really cool place that has true microbial diversity that we can harness.”

Salomon said the microbes inside the mine contain natural defenses against fungi. She thinks researchers can use those defenses to develop anti-fungal drugs for patients with weakened immune systems.

Simple fungal infections like yeast infections aren’t typically dangerous to humans, Salomon said, but they can be dangerous when someone has a compromised immune system from HIV or tuberculosis. There also aren’t a lot of anti-fungal drugs on the market, she said.

“Among clinically used anti-fungals, there aren’t very many,” Salomon said. “If you get a really serious fungal disease, and that’s less common than bacterial diseases, you don’t have a lot of options.”

Other research coming out of the mine could use bacteria as a living battery.

Associate microbiology professor Jeff Gralnick is interested in bacteria in the mine that produce rust without being exposed to oxygen.

“We’ve known about bacteria that can do this for a long, long time,” Gralnick said. “But we don’t really understand how that pathway works.”

Now that researchers have discovered a source of this bacteria and can culture it in a lab, they can study it further and hopefully test some theories they have about creating new types of biofuel, which Gralnick said could be cheap to produce.

They may also be able to create an entirely new kind of battery — a living one that uses bacteria to store and produce energy, Gralnick said. The bacterium performs chemical reactions that generate energy outside of its cell wall, similar to what happens in a battery.

Plant pathology professor Bob Blanchette has been studying fungi from the mine for about a year and a half. He said his lab has taken hundreds of soil, water and wood samples back to the University to see how the fungi are able to survive in such extreme conditions.

The environment is rich in metals like iron, copper, nickel and lead, which Blanchette said typically prevents most fungi from growing at such high levels.

“And yet we find some that are tolerating it and living there,” he said.

Fungi found in the mine have the ability to remove and remediate metal from water, which he said could possibly be used to create a cheaper and natural alternative to treating wastewater.

Currently, Salomon is focusing her research on a disease called White Nose Syndrome, a fatal fungal infection that has spread quickly among bat colonies in the northeastern region of the U.S. and parts of Canada.

The disease  kills 90 to 100 percent of the colonies infected and has killed more than 5.5 million bats, according to the most recent data from the U.S. Fish and Wildlife Service.

The disease suffocates bats while they’re hibernating because the fungus grows on their noses, waking them up. When they wake up, they use up their energy reserves and die.

Salomon said other researchers have found evidence of the fungus that causes the disease in the caves of Soudan Mine, but that the bats seem to be uninfected. She said she hopes this is a sign that the anti-fungal properties of the microbes are protecting them.

Gerda Nordquist, a mammalogist with the Minnesota Department of Natural Resources, said Salomon’s research is “extremely important,” in light of White Nose Syndrome.

“It’s catastrophic,” she said. “It may even go beyond the bee decline.”