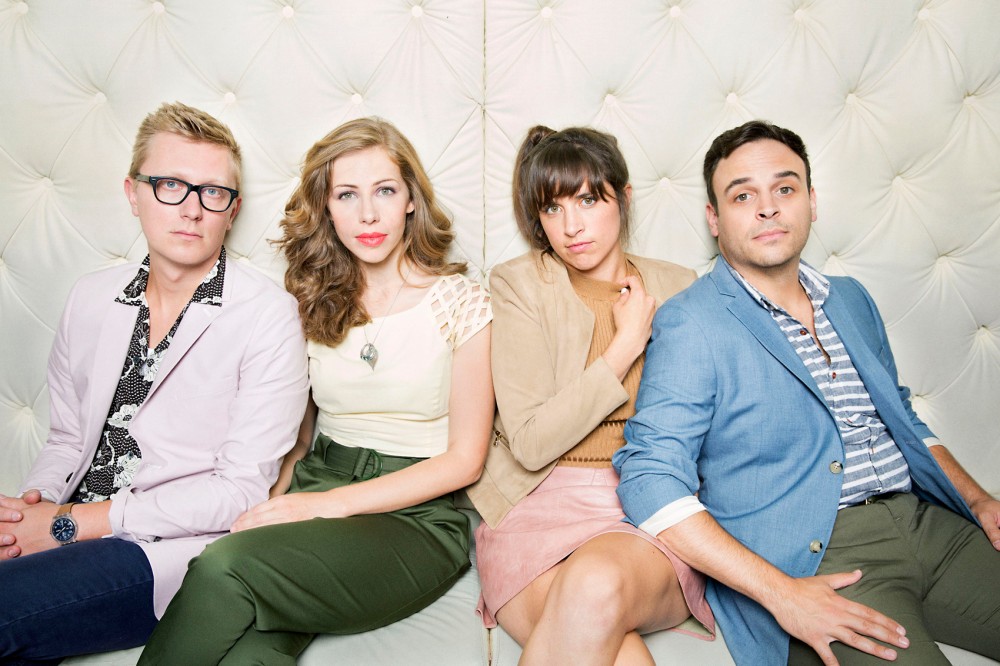 For Lake Street Dive, major success has been a long time coming.

Formed in 2004 while the members were students at Boston’s New England Conservatory of Music, the band released their latest album, “Side Pony,” last February.
Released on Nonesuch Records, it’s Lake Street Dive’s first work with a label of this size.
“We have been doing this for 12 years, and only in the last three or so years been achieving anything that can be remotely considered success,” Minneapolis native Michael “McDuck” Olson said.
Lake Street Dive’s second stop on their international tour seems natural, considering the band is named after a string of bars and restaurants on the iconic Uptown street. This Thursday, the band will perform in front of a sold out First Avenue Mainroom.
Consisting of guitarist and trumpeter Olson, bassist Bridget Kearney, drummer Michael Calabrese and singer Rachael Price, the band thrives off mixing ’60s-inspired R&B, rock ’n’ roll, soul and pop.
A large factor in their signature sound is Price’s vocal presence. All members are classically trained, but Price’s background as a jazz singer provides character to their music, Olson said.
“Jazz singers make a career of interpreting others’ work,” Olson said. “[Price] is a very confident jazz singer. … She applies that jazz sensibility to all these songs.”
Although the new album carries those familiar sounds, “Side Pony” features band members pushing their creative talents.
According to Olson, the band ventured into ’70s style music, incorporating disco and pop sounds throughout the album.
Joking that disco was a “dirty word in music,” Olson explained the progression took place within the band’s existing framework.
“It’s not disco like the Bee Gees, but we’re making music like Lake Street Dive,” Olson said. “Hopefully the fans still recognize it. It’s not like these styles are making a wildly different album; we just used all of the tools on our palate.”
Olson said collaborating with Nashville-based producer David Cobb was a major influence.
“[Cobb] was really hands-on. He was in the live room with us a lot, playing along — working in real-time on arrangements and takes,” Olson said.
Cobb also encouraged the band to write the album collaboratively. The band created most of the songs in the studio, with members writing in separate corners of the room and coming to the center to build off each other’s arrangements.
“We really deconstructed each other’s demos and then rebuilt them,” Olson said. “We went through many different versions of the same song — breaking them down into different components, changing the feel, altering the bass line.”
It helps that all band members possess formal music training and are proficient on most instruments.
“Our musical training really comes out in our own private moments when we arrange music as a band,” Olson said.
Even through success, Olson said all members remain humble.
“We really try to approach this industry with as much grounding and level-headedness as we possibly can,” Olson said. “As long as we focus on playing good shows every night — that is a successful career.”
Delete Image
Align Left
Align Center
Align Right
Align Left
Align Center
Delete Heading