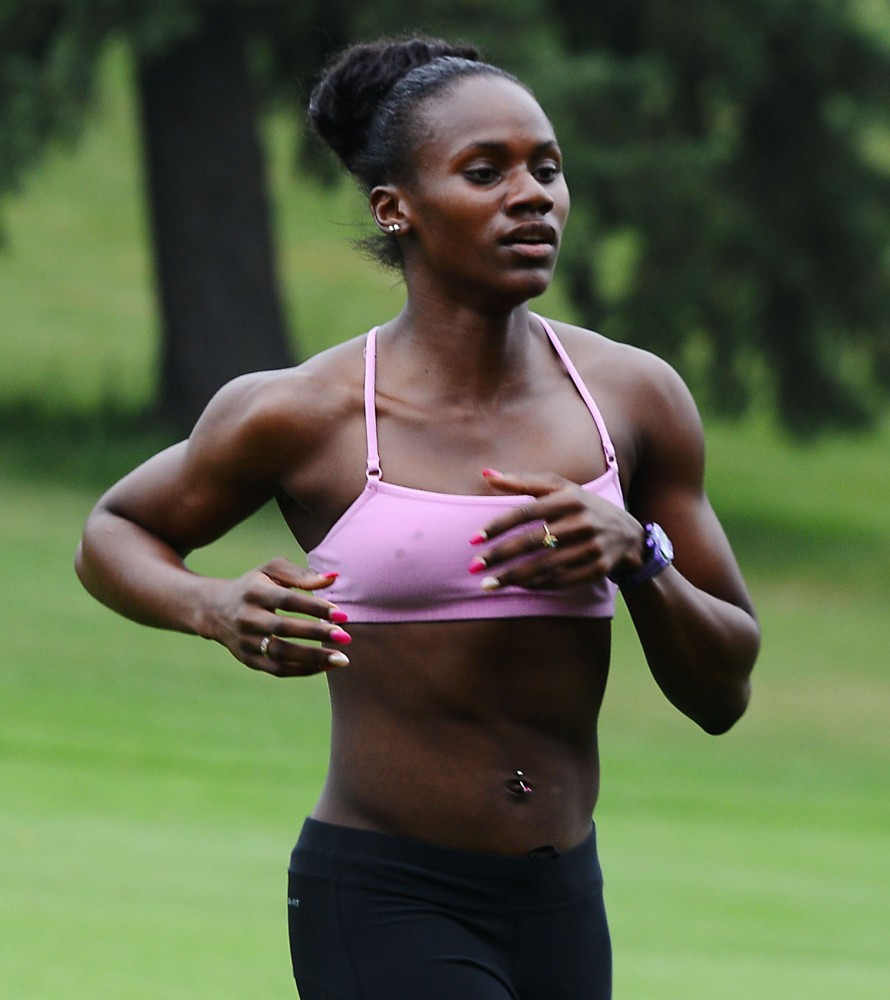 For the 800-meter track runners on the Gophers cross country team, that strategy won’t get them too far.

The group uses cross country to prepare for its track and field season and often participates in altered workouts to target its specific skill set.

“What happens a lot is if you put those guys into a regular cross country workout, they kind of just go to mush mentally,” head coach Sarah Hopkins said. “It’s a longer, more sustained situation, and that’s just not their comfort level.”

Sophomore Lauren Domski said the 800-meter race is the run to which her body reacts best.

“It can bring a lot out in a person – really finding that one niche, that one race that you respond to and that lets you push beyond that limit,” Domski said.

Instead of doing the regular cross country workout, the middle-distance runners usually have different training.

“We’ll do a little bit shorter of a work out, but we’re kicking the pace up a little bit,” Domski said. “We’ll run with [the top group] for about half of what they’re doing, and then usually we’ll pull away.”

This is the second year the Gophers have used this type of training for their 800-meter runners, and Hopkins said it allows the runners to leave practice while retaining their “swagger.”

Hopkins said volunteer assistant coach Nikki Swenson, who has more of a middle-distance background, has taken the group under her tutelage.

Domski said the 800 runners were “kind of guinea pigs” last year when they first started to build the group up.

Now they have a unit that trains together, and Domski said the 800-meter runners feel less separate from what the cross country training group is doing.

“We’re doing this for a reason because our bodies respond to this, and this is helpful training. It’s not something we’re doing just to let go or let off the gas a little bit,” Domski said.

Though the group is mostly track-minded, there are many benefits for them in training with the cross country team.

“If I decide to do stuff on my own, if I’m not doing it correctly, who’s monitoring that? And who’s going to realize that I’m doing this wrong or that wrong?” senior Te’Shon Adderley said.

Adderley said the distance helps with the discipline necessary for the 800-meter race.

It also gives the group a competitive environment, even if they aren’t going to be the team’s top cross country runners.

“They’re all competitive people, and so when you put them in a big group setting, even if it’s not the workout that they love to do, they’re going to compete with everybody else,” Hopkins said.

The training has helped them develop chemistry, which Hopkins thinks will stick with them moving forward.

Hopkins said the team rarely ventures onto the track during the cross country season because the track season is long enough.

“Grass and scenery and not going around in small circles I think is advantageous to avoid some burnout come May and June,” she said.

Still, even though the Gophers are not on the track, the training the runners are doing is important in preparation for the track season.

“[It’s] a smoother transition … seeing [the year] as a whole unit and how each separate part works,” Domski said, “rather than taking one chunk, throwing it behind you and going on to the next step.”