The top three haunted houses you should visit this Halloween 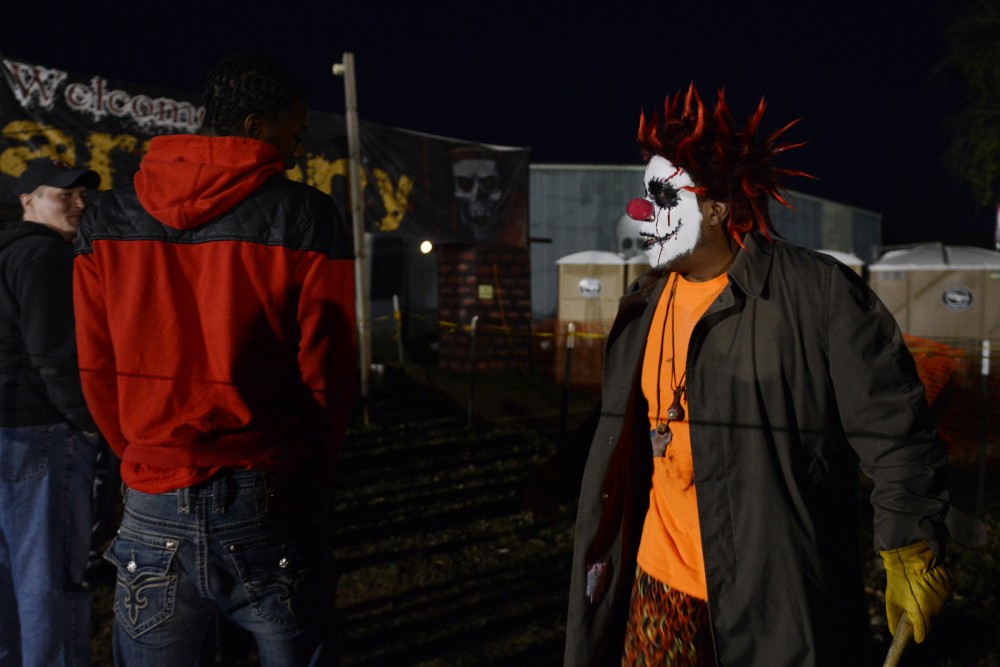 An actor stalks patrons at the Trail of Terror on Sunday, Oct. 23, 2016 in Shakopee, Minnesota. Trail of Terror has multiple Halloween attractions, including a haunted woods walk and a three fourth of a mile haunted maze, Hotel 666.

There are two truths in life. The first is the inevitable demise of you and everyone you love. The second is that above libations and spooky costumes, the holiday’s pinnacle are Halloween-themed attractions.

And for me, the best Halloween event is a haunted house.

Most haunted houses are out in the boonies — you’ll have to drive a bit to get a worthwhile scare. Each location listed here costs $20-29 per person, but it might just feed your craving for fear.

The name says it all. Scream Town is cheesy, conventional and wholesome.

When people think of haunted houses, this is what they picture. Every costume and character is simplistic and cliché. There are multiple attractions and each is centered on something obvious, (like clowns) or something that’s funny not scary (like “Redneck Resort.”)

While little is thrilling about overalls and trucker hats, Scream Town understands that someone jumping out of a coffin is enough to freak you out.

I found myself yelping here more than anywhere else — there’s significant value to the tried-and-true gags.

The “Circus Asylum” is their main attraction and by far their best. “Meltdown at Sector 666” is well worth it because of the elaborate and grotesque visual gags.

Just don’t spend too much time overthinking it.

The Soap Factory is a non-profit art gallery. Each October, they roll out their “Haunted Basement” exhibition, which includes dozens of rooms connected in a long maze.

Each costume is elaborate and genuinely creepy. Even when they utilize traditional scare tropes — like aliens and a little girl in a big rocking chair — they do it with so much detail that it rises above shtick.

It’s like the terrible early 2000s horror movie “Thir13en Ghosts.” Every room has a disgusting looking actor that will run and grab you.

One of the best things about this attraction is that the actors try to split you from your friends before and after the action starts. A “baby” giggling in your ear is scarier when you are alone in a pitch black room.

I won’t ruin the surprise, but you will get wet and you will get dirty — wear sensible clothing. Also, don’t be surprised if you get tied up or wrapped in a bear hug.

This is the best out of the bunch; there will definitely be a line so plan accordingly.

Shakopee’s Trail of Terror is massive — less a haunted house and more a haunted village. There’s a pub crawl, zombie paintball and karaoke.

One of the main attractions is “Hotel 666,” which is a maze filled with actors in lame costumes reciting even lamer lines. The other, “Howling Pines Woods Walk,” is by far their best offering.

The woods walk is a traditional haunted house filled with half-buried coffins and zombies wearing formal attire. The thing that sets it apart is the extensive use of darkness.

Large portions of the walk are pitch black and you have to follow eerie sounds to reach the end. Maybe I’m just afraid of the dark, but out of all the haunted house attractions I went to, the patches of darkness at the Trail of Terror were the freakiest.

This is the best place to go if you’re looking to spend more than a few hours at a Halloween-themed location.