As companies like Doran continue to expand, there is concern chain business will take over the area. 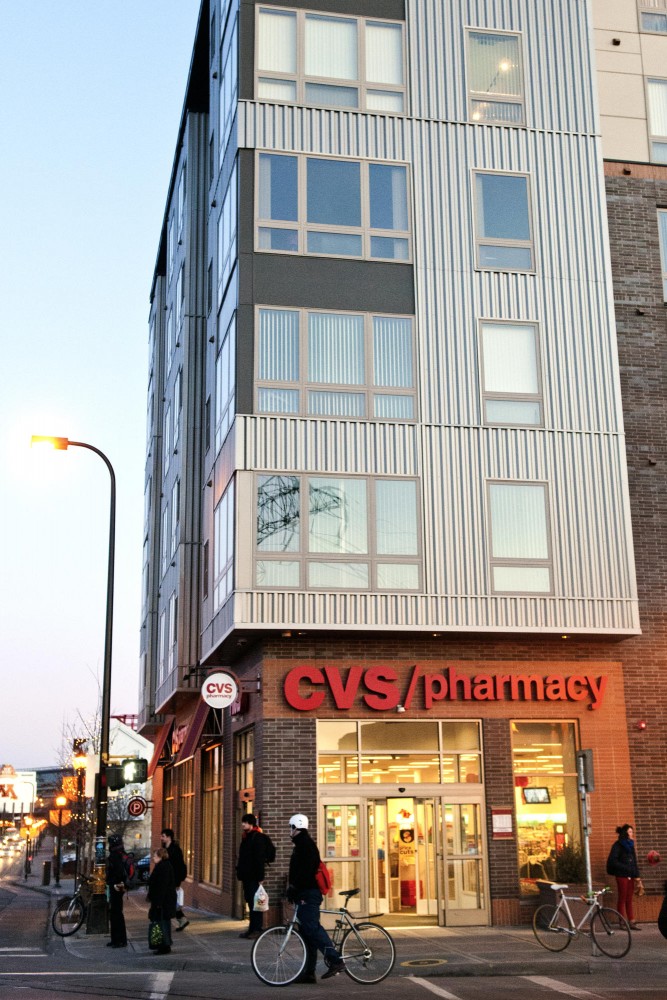 Doran Companies own luxury apartments and have plans for multiple new developments on campus. Local business owners have concerns that only large chain companies such as CVS will be able to afford rent in the new expensive properties.

The growing number of luxury apartments around the University of Minnesota campus is drawing concern from small businesses in the area.

The high rent rates of commercial space in buildings like Sydney Hall and 1301 University Ave. have ousted a number of local business, said Skott Johnson, president of the Dinkytown Business Association.

As companies like Doran continue to expand, there is concern chain business will take over the area.

When Sydney Hall opened in 2010, the majority of the small businesses housed in the Dinkydome could not afford the rent hike and closed down permanently. Only two of the original businesses remain âÄî Erbert & GerbertâÄôs and the Student Book Store.

Doran transfers some of the construction costs onto businesses that rent below their apartments, said Jim Lavalle, the vice president of development at Doran. Before Doran took over the space, many retailers paid rent that was below the market average, he said.

âÄúWhen you are investing millions and millions of dollars to renovate a building, the rents do have to trend up to make financial sense to do that,âÄù he said.

But DoranâÄôs presence is starting to affect rent in nearby locations, Johnson said. Some shops now pay more than $5,000 a month when they used to pay less than $2,000, he said.

In response, the Dinkytown Business Association is discussing plans to create a master plan, which would give the local community control over developments in the area.

Master plans must be pre-approved with the city, and the process is lengthy. Once itâÄôs in place, the city will abide by the plan to approve all developments in the area.

âÄúWe want to plan for our own future rather than be told by a developer,âÄù said Johnson.

âÄúFrom what we can tell there is an insatiable demand for housing in the area,âÄù said Lavalle. All of the Doran properties have more than 95 percent occupancy rate. The company currently has plans for more units in the Dinkytown area.

The Dinkytown area is unique, Lavalle said. Bringing in additional retailers to the area is only going to help the existing retailers, he added.

Katherine Shaffer-Wishner has lived in Dinkytown since 2004. She enjoys going to old shops in Dinkytown and hates the idea of more chain business.

âÄúIf you just pave over everything and build new things, it destroys that [history],âÄù she said. âÄúYou canâÄôt pave over history, but they are trying to.âÄù