The Gophers advanced to the NCAA Frozen Four last season. 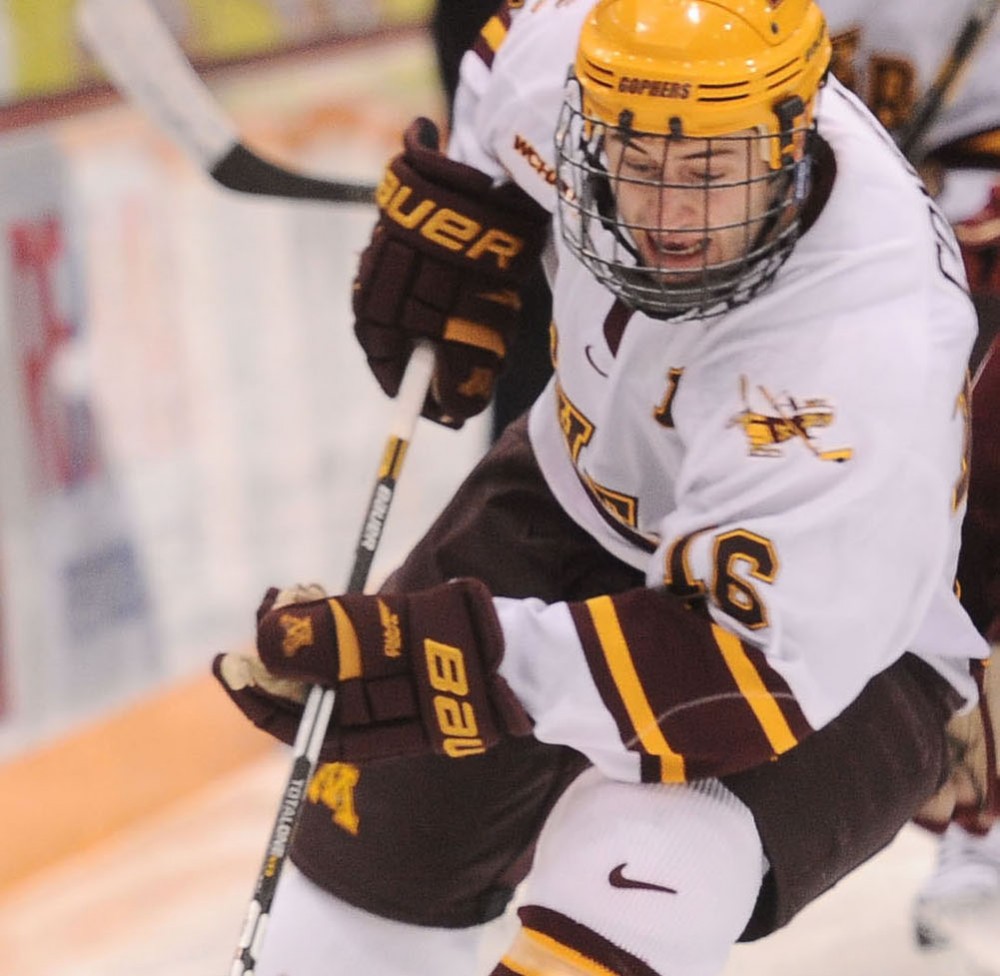 Minnesota forward Nate Condon drives the puck down the ice against Boston College on Sunday, Dec. 30, 2012, at Mariucci Arena.

Now would be a terrible time to reverse that trend.

Minnesota will face Yale on Friday in the West Regional of the NCAA tournament in Grand Rapids, Mich.

If the Gophers win, they’ll face the winner of North Dakota and Niagara on Saturday for the chance to advance to the Frozen Four in Pittsburgh, Pa. If they lose, their season’s over.

“I think just about anybody in the field this year could win it,” head coach Don Lucia said. “College hockey has been kind of all over the map this year.”

No. 2 Minnesota is coming off an uninspiring performance in last weekend’s 2-0 loss to Colorado College in the Western Collegiate Hockey Association Final Five. It was Minnesota’s second shutout loss of the season.

“With how the weekend played out last weekend, I think we kind of want to prove to everyone that we’re here to win,” senior defender Seth Helgeson said. “We want to advance as far as we can.”

The Gophers (26-8-5, 16-7-5 WCHA) were locked in as the No. 2 overall seed in the national tournament before last weekend’s game, but Colorado College needed to win the Final Five to get a berth.

The Tigers ultimately fell to Wisconsin in the championship game.

“Maybe that safeguard hurt us a little bit,” junior forward Nate Condon said. “We were a little bit lazy.”

When the NCAA bracket was announced Sunday, many people took notice of the team on the other side of the Western Regional, North Dakota.

Helgeson said the Gophers “would love to play” North Dakota but stopped short of saying he hoped it would defeat Niagara.

The Gophers defeated North Dakota at the Xcel Energy Center last season to advance to the Frozen Four.

For the rematch to happen this weekend, Minnesota has to first beat Yale, which plays a fast-paced game similar to the Gophers.

“They sound like a fun team to play against,” Condon said, “especially for a guy like me that likes to use his speed.”

Minnesota and Yale have faced off 19 times before, but Friday will be their first meeting since 2002.

“Yale’s a good team. They’re [playing] at the end of the season for a reason,” Condon said. “We’ve never played against Yale, no one really knows what to expect.”

Lucia said he gave the team a couple days off after last Friday’s loss to help them recharge their batteries. He said the team was healthy going into this weekend.

“We have everybody available and practicing,” Lucia said, “which is certainly good this time of the year.”