Another shot in the Dark Dark Dark 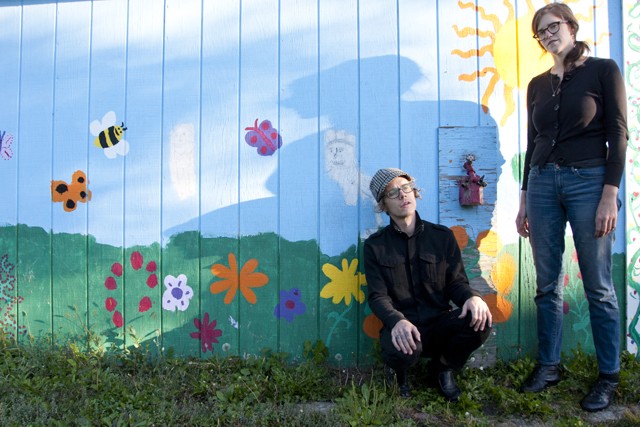 The enigmatic orchestral popsters have done it again. TheyâÄôve produced another gem of a record, hit the road to jumpstart a new tour and all the while maintained the same mysterious charm that first dared listeners to push aside their fears, embrace all that is nuanced and venture into the Dark Dark Dark.

Yet, as they await the release of their second full-length album, âÄúWild Go,âÄù itâÄôs important to address that something has noticeably changed within the dynamic of their music making.

Whereas their first album âÄúThe Snow MagicâÄù was chalked with instrumental eccentricities and more fortified vocals, âÄúWild GoâÄù exhibits a previously hushed vulnerability. The tracks stream through docile and monochromatic âÄî a noticeable shift from the jangling, gypsy-esqe quirk of their earlier work. Heavy, melancholy piano and strings, combined with the soulful lamenting of lead vocalist Nona Invie provide a layer of emotional depth that simply hasnâÄôt been audible until now.

âÄúI think we play with a lot of dynamics and a lot of subtlety and quietness,âÄù band member Marshall LaCount said. âÄúItâÄôs been kind of a natural progression to this point.âÄù

Regardless of how they got there, the newfound emotion serves to reinvigorate the groupâÄôs appeal, securing them, for the time being, another 15 minutes of Minneapolis music scene fame.

Within the walls of the Theatre, itâÄôs clear the process worked well. It is the distant, haunting refinement of âÄúWild GoâÄù that establishes most of its beauty and sonic appeal. The quiet introspection of the album shouldnâÄôt be underscored as any sort of talent downgrade. ItâÄôs deliberate, and though it takes a darker turn than their previous material, itâÄôs still brimming with skilled musicianship.

The band has surely succeeded in that realm with this musically mature release.

Come Saturday, the six-part collective will take on the First Ave. Mainroom, formally unveiling the new record. Following the album release show, the band will embark on a tour that will carry them across the country and eventually on to Europe.

The musicians anticipate audience feedback on âÄúWild Go,âÄù but they remain humble and content with their internal achievements.