Rachel Banham had 21 points, and Amanda Zahui B. scored 14 points. 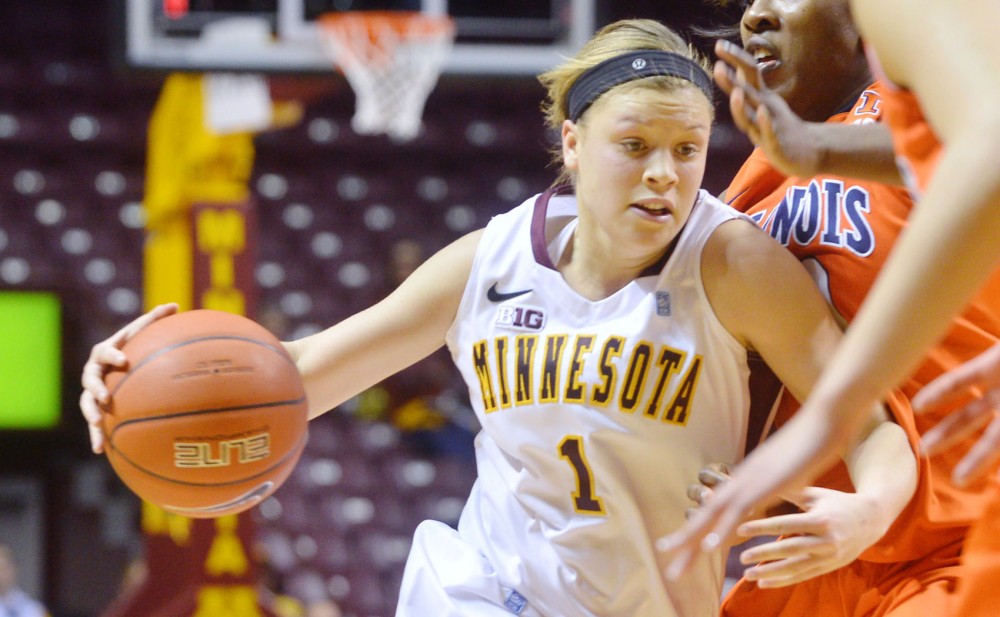 Minnesota’s women’s basketball team finished up its exhibition slate Saturday with a 69-54 win over Minnesota State-Moorhead at Williams Arena.

After a hotly contested first half, the Gophers pulled away in the second en route to the 15-point win.

“I thought we played better the other night,” head coach Pam Borton said in a press release. “This was a little bit of a reality check. I thought our players faced adversity out there, but I thought we did some good things.”

Unsurprisingly, junior point guard Rachel Banham led Minnesota with 21 points. She wasn’t highly efficient in the game, shooting 5-for-12 from the field, but she made 10 of 11 free throw attempts.

Banham has been the Gophers’ best player since she arrived on campus, and the team will continue to rely on her.

She might have a little more help this season, though.

While the team’s active roster lists only 10 players, it returns almost everyone from last year’s team. And  6-foot-5-inch center Amanda Zahui B. is in the mix this season.

Zahui B. redshirted last season but has already made an impact in two exhibition games. She had her second straight double-double against MSU-Moorhead and scored 14 points to go along with 12 rebounds.

Zahui B. played alongside senior power forward MicaÃ«lla RichÃ© for the first time this year. RichÃ© missed the first exhibition with a bum ankle but added 10 points Saturday.

Though the Gophers got good minutes from both of their bigs, they were outrebounded 43-41 in the game.

That’s an area of Minnesota’s game that needs improvement before the official season opener Saturday.

“I think we were exposed in some areas,” Borton said in the release, “but it’s a good thing it happened now so that we have a whole week to work on it and get better.”

The Gophers officially open the regular season at Northern Iowa on Saturday. They return to the Barn for their home opener against Charlotte on Nov. 13.