Taking the back roads with Chastity Brown

Although the singer-songwriter has been pegged in a number of genres, one thing’s for sure: She doesn’t write pop music. 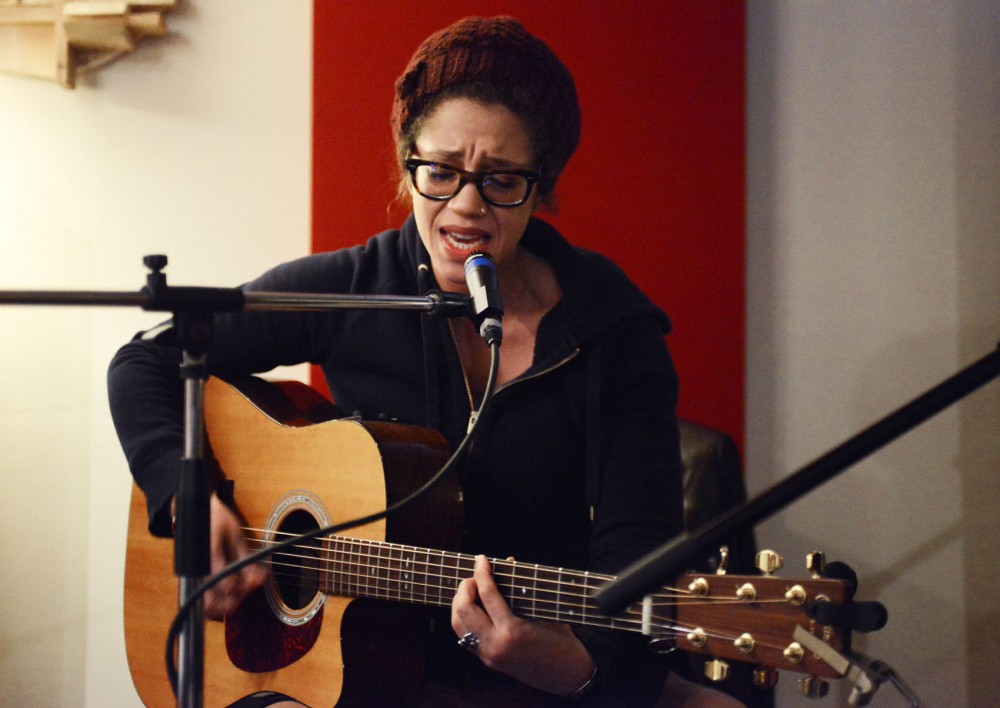 Minneapolis singer-songwriter Chastity Brown rehearses with her band on Tuesday, April 2, 2013, at a studio in Northeast Minneapolis. She released her latest album, Backroads Highway, on March 24, 2013, and will be performing at the Cedar Cultural Center on Friday.

Even in the intimidating music scene and on ice-covered roads, Brown has managed to find traction in Minneapolis. Her most recent album release, “Back-Road Highways,” made its way onto the 2012 best-of lists from 89.3 The Current, the Star Tribune, City Pages and Lavender Magazine.

****“‘Back-Road Highways’ really set a bar for me,” she said. “We’ve gotten a lot of support from this record, and a lot of our summer shows we have lined up are all because this record.”

While Brown has built herself a home in the local scene, she also stands out from the pack. On top of banjos and bluesy guitar licks, she croons catchy lines in a smoky, Southern voice.

Music reviewers often trip up on attaching genres to Brown’s work; “Back-Road Highways” has been described as folk, jazz, Americana, soul, blues and roots, often all in the same sentence. Each of these labels is true to an extent, but none of them feels quite right.

“All these people who term these phrases are just looking to sum it up, so people can at least know I’m not punk rock,” Brown said. “Different aspects are highlighted on different songs.”

Brown’s distinctive voice gives “Back-Road Highways” a cohesive feel, even with what some might consider abrupt genre changes.

The upbeat, full-bodied “After You” weaves African and Western influences, creating a piece oddly reminiscent of the soundtrack from “The Lion King.” The album then takes an unexpected — but not unappreciated — turn into “I Left Home,” a stripped-down duet between Brown and an acoustic jazz guitar.

“Creatively, I feel like all of my roots were solidified in this record,” Brown said. “I’m not at war with myself for creating different-sounding songs.”

Brown’s lyrics also help tie together the disparate elements. Across the album, she tells stories of escapism, returning multiple times to the image of driving without a destination.

Brown is proud to be a staple in the local music scene.

“I don’t know what’s in the water here,” she said, “but there’s some good stuff cooking.”