The winner will be announced Wednesday, at the earliest. 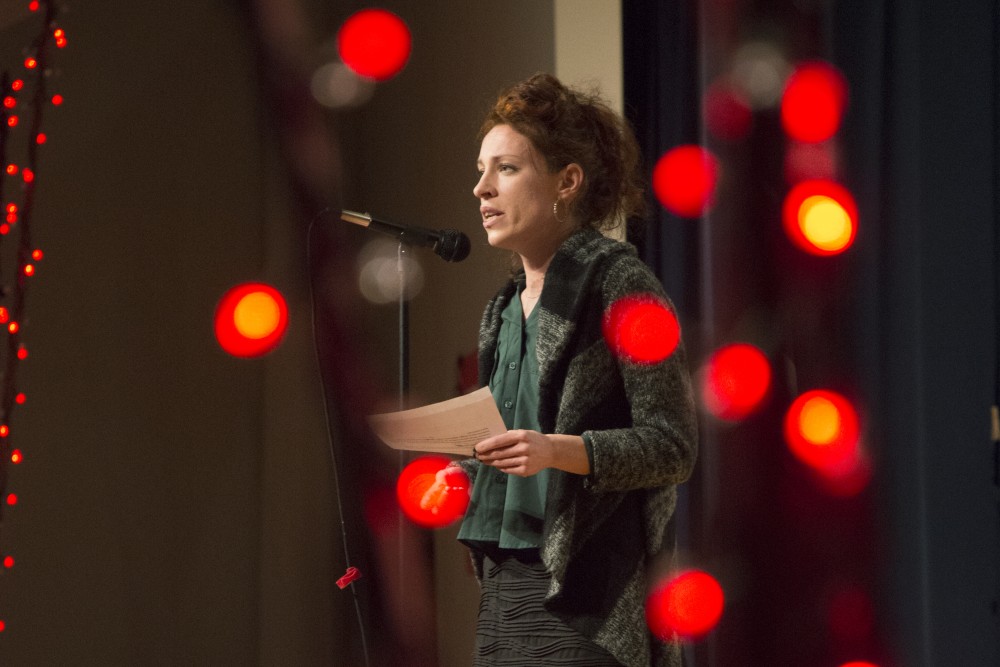 Ginger Jentzen speaks with supporters during her Election Day party at the Ukrainian Event Center on Nov. 7.

Four candidates ran a close race in the ward, which covers the Marcy-Holmes and Dinkytown neighborhoods. The council seat for the nearly 30,000-person district was left open by City Council Member Jacob Frey’s mayoral bid. Voters can expect an announcement with the winner Wednesday at the earliest, following rank-choice tabulation.

Tuesday night, about 200 supporters talked and danced at a high-energy Jentzen election party.

“Regardless of the result of the election, the fight isn’t over,” Jentzen told a cheering crowd at the Ukrainian American Community Center. “Tonight, Minneapolis voted socialist.” Jentzen set a record for Minneapolis city council candidate fundraising, raising $156,688.52 as of Oct. 26. She pushed for rent control and police reform during her campaign and was endorsed by the Minnesota Nurses Association and Democratic Socialists of America, among other groups.

Fletcher won endorsements from U.S. Rep. Keith Ellison, D-Minnesota and State Rep. Ilhan Omar, D-Minneapolis, among others. Fletcher — whose platform centered on affordable housing and social justice issues — raised about $42,900 as of Oct. 26.

“I’m pretty sure we won this race,” Fletcher said to a cheering crowd of about 30 people at Mac’s Industrial Sports Bar Tuesday night.

At an election party co-hosted by Levy-Pounds, energy levels remained high through Tuesday night. Pree-Stinson said she got more support than she could have imagined during the race.

“Regardless of outcome, this is a win tonight,” she said.

Frey was elected as Ward 3’s city council member in 2013, when he unseated the ward’s two-term incumbent. As a council member, he focused on constituent involvement and economic development.