Minnesota's comedy darling will be rounding out a 4-day stint at Acme Comedy Club on Friday with a taping of his latest special. 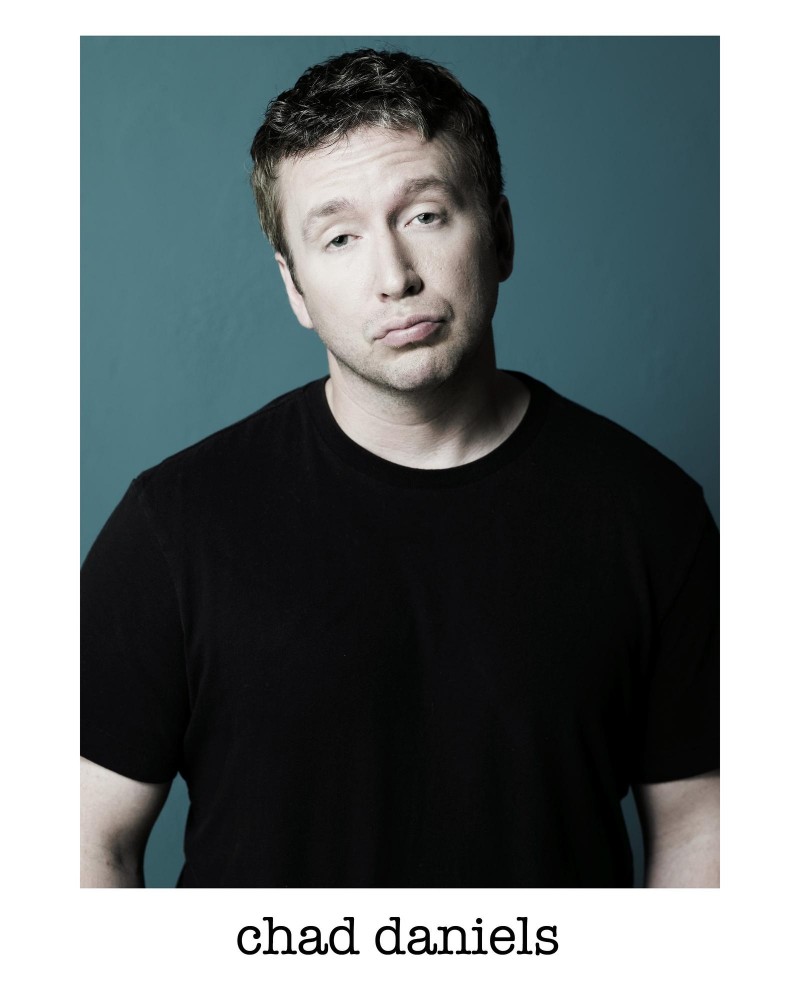 Chad Daniels wants you to stop being stupid – yeah, you.

On the surface, Chad Daniels looks like your typical, Midwestern working man: the timid, clean-cut father of two with an unwavering aversion to all things controversial.

But as a comic, Daniels, a fast-talking, Fergus Falls native, isn’t anything like that guy. While the tone of his material isn’t necessarily scathing or acrid, he’s an obvious far cry from the wholesome “Minnesota Nice” clichÃ©.  Daniels doesn’t really have time or patience for everyday inanity. And he’s not going to hesitate calling you out on yours either — even if it gets him into trouble. That’s nothing new to him.

“I guess I was always a smart-ass growing up, at least that’s what people told me,” Daniels said. “I don’t have a lot of tolerance for stupidity … even though that’s kind of hypocritical because I definitely am stupid sometimes.”

At 36, Daniels has had one of the more steady and successful career arcs of any Midwestern comic in recent memory. Over the course of 14 years, he’s released two CD’s, filmed a half-hour “Comedy Central Presents” special and made multiple appearances on the network talk show circuit that include “The Tonight Show with Conan O’Brien” and most recently “The Late Late Show with Craig Ferguson.” This Friday, all of that will come full circle as he rounds out a four-day stint at Acme Comedy Club with a taping of his new special. Oh, and it’s his 37th birthday, too.

“Acme’s where I started. Out of all the clubs in the country, it has this very intimate feel. It’s downstairs at this old warehouse. And it feels like that’s just how comedy should be,” Daniels said.

But Daniels didn’t have to grow up to realize he wanted to be a comic. He knew by the time he was in kindergarten. But you’ll have to ask his mom about that. He doesn’t actually remember making that decision.

“In kindergarten, I filled out a ‘What do you want to be when you grow up?’ questionnaire, and I put comedian on it. And when I was really young, I just remember my grandpa used to listen to Bob Newhart vinyl records. And I would sit and listen, and I wouldn’t understand it, but I remember he was howling he was laughing so hard,” Daniels said.

Despite all the continuing success and his burgeoning audience, Daniels, who still lives in Minnesota with his wife and two kids, says he isn’t striving for arena-sized fame. He’s usually not even on the road for more than five days at a time. He insists he just wants to be comfortable.

“A lot of guys will tour and make that circle, and I kind of go back and forth. It’s not as cost effective, but my kids didn’t ask for their dad to be a comedian,” Daniels said. “I figured out how many hours I actually have face time with my children versus if I had an eight-to-five job here in town. And I figured out that I spend more time with them being gone. Because when I’m home, I’m home. I don’t do anything else.”