Minnesota will look to bounce back from its loss to No. 1 Baylor. 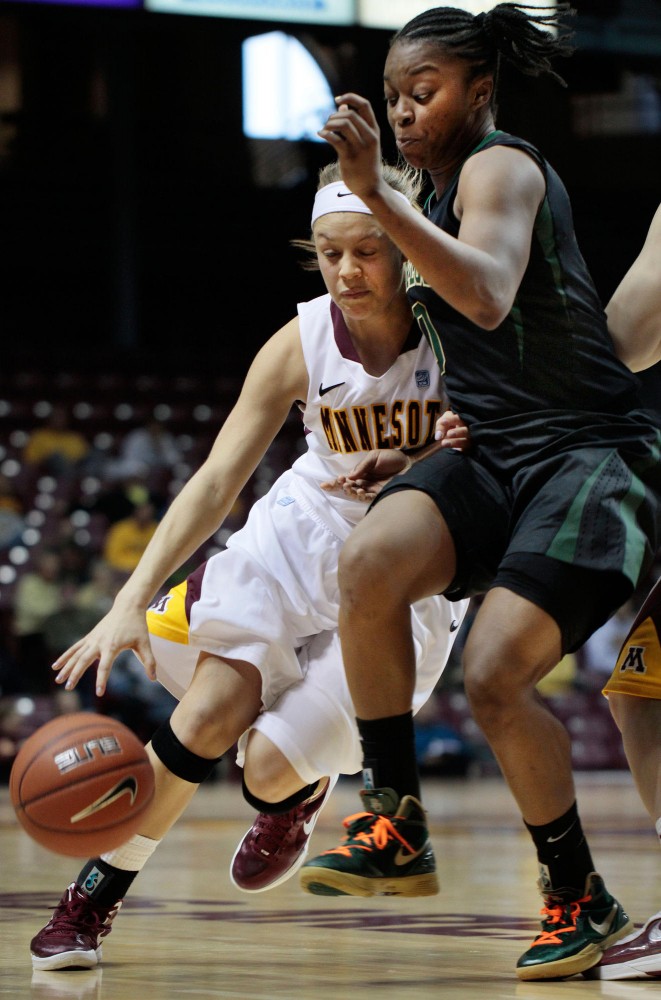 The Gophers host Air Force on Wednesday night at Williams Arena at 7 p.m. and will look to bounce back against the Falcons after losing Sunday to No. 1 Baylor.

Air Force and Minnesota have identical records of 4-5. The Falcons most recently lost to South Florida, a team the Gophers lost to Nov. 13.

Head coach Pam Borton said she believes the Gophers are primed to succeed after some early season struggles.

âÄúPlaying the second half with a lot more confidence and aggression against Baylor âÄî I think we ended the game feeling better about ourselves as a team,âÄù Borton said. âÄúIt probably took us a little too long to get there.âÄù

MinnesotaâÄôs two-headed guard attack of freshman Rachel Banham and senior Kiara Buford has emerged as a consistent force on offense.

The two guards have combined to average 25 points, nine rebounds, six assists and four steals a game. Buford is the captain of the young Minnesota team.

âÄúI have a great feeling about this team, especially talent-wise,âÄù Buford said. âÄúI think weâÄôre still learning, weâÄôre still trying to find the gel we need as a team.âÄù

The GophersâÄô defense has been a constant nuisance to its opponents this season. It has generated 19 turnovers and 10 steals per game.

Minnesota will likely focus its defensive effort on Air Force guard Alicia Leipprandt, who scored 32 points on 11-for-18 shooting against South Florida. SheâÄôs averaged more than 18 points per game on the season.

âÄúSheâÄôs a great player, definitely a player that can play in our league,âÄù Borton said. âÄúSheâÄôs a prolific scorer, sheâÄôs got a great pull-up [jump shot] and can get to the rim.âÄù

Borton said Air Force is an aggressive team and that she expects a series of defensive traps and pressure from the Falcons.

âÄúItâÄôs going to be 40 minutes of full-court pressure, run-and-jump defense, and they are very good at it,âÄù Borton said.

Gophers post players Katie Loberg and Micaella Riche were ineffective against Baylor. Loberg made only one of her six shots and Riche didnâÄôt make a single shot in seven attempts. The post play will have to improve for the Gophers to succeed this season.

âÄúWe just need to produce more because the guards do a really good job,âÄù Riche said. âÄúPressuring the ball, rebounding, scoring âÄî in general we need to step up our game. ItâÄôs just a question about being tougher.âÄù

The two teams havenâÄôt played since 2002, when the Gophers won 88-75 with strong performances from Lindsay Whalen and Janel McCarville.