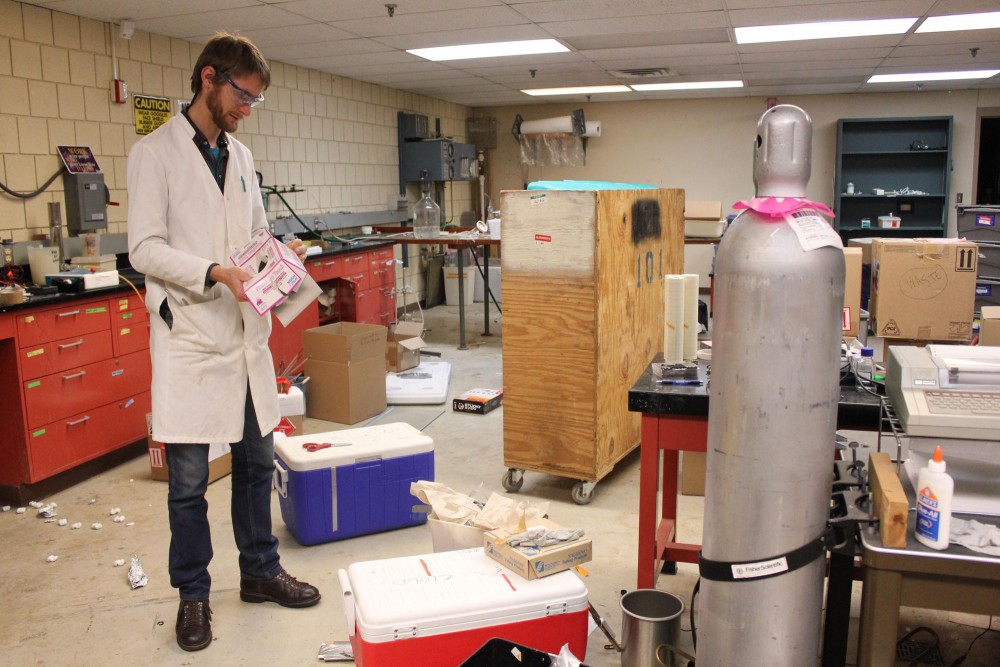 Mold has forced students and their experiments to move out of one floor of the University of MinnesotaâÄôs Civil Engineering building.

Students and laboratory equipment are moving to the St. Paul campus and will stay there indefinitely until the problem is solved, Ballarini said.

Most of the equipment is moving to Gortner Laboratory  in St. Paul, and the rest is moving to neighboring Shepherd Labs in Minneapolis.

The relocation affects about 20 students and staff involved in environmental engineering experiments, said Raymond Hozalski, a professor at the department who is in charge of the migration.

The department uses the space to conduct experiments involving wastewater, storm water treatment, microbiology and pollution prevention. Much of the equipment is electronic.

Air quality tests showed that the mold did not pose a health hazard. Much of it has been cleaned up, but the source of the problem âÄî the water leak âÄî remains.

Meanwhile, the move is welcomed by students and staff who are looking forward to working above ground, said Andrew Rescorla, a civil engineering student and research assistant.

The Civil Engineering building opened in 1983 as an experiment in resource independence following the energy crisis. It runs 110 feet underground and won a prestigious award from the American Society of Civil Engineers after opening.