The Soap Factory board held a town hall meeting early this month to address its multimillion dollar debt and community frustrations with its leadership. 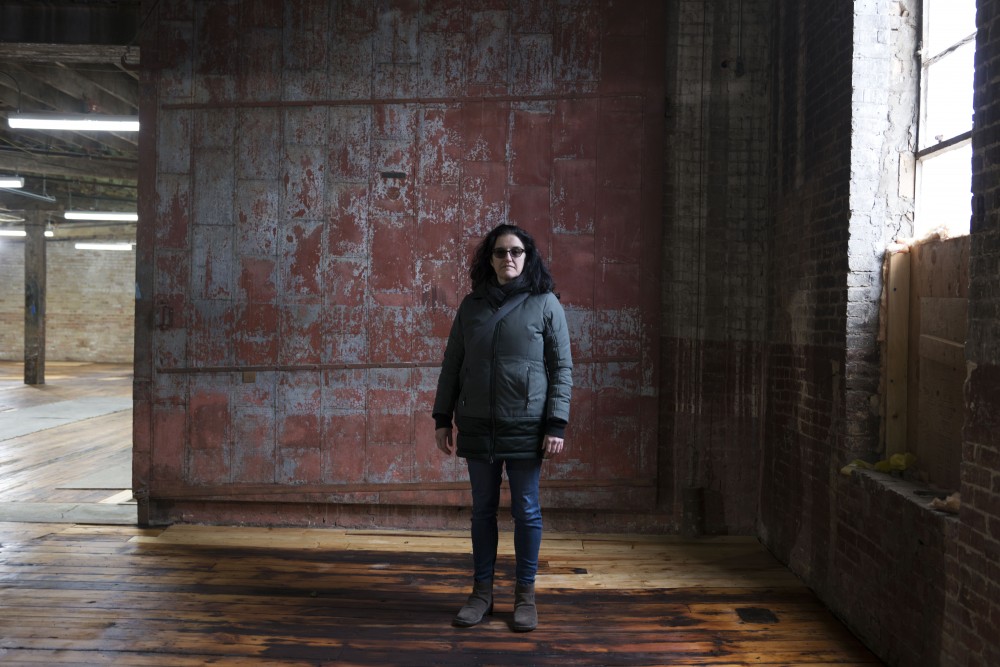 Rosemary Williams, vice president of the Soap Factory's board, poses for a portrait in the empty art non profit on Monday, Jan. 21. The The Soap Factory, which occupies the historic National Purity Soap Factory, is more than $2 million in debt.

The Soap Factory in Marcy-Holmes faces an uncertain future as it struggles to pay off millions of dollars in debt.

The art venue currently owes around $1.2 million to an investment firm after attempting to finance a reconstruction project. If the Soap Factory fails to pay off its debt to the investment company by the summer, the company will take over the building’s title. Community members were made aware of the situation at a town hall earlier this month.

Renovations on the Soap Factory building began late fall 2017 to meet standards for the Americans with Disabilities Act and address concerns related to heating and usability. When the organization was rejected for a mortgage to continue the renovations, construction stopped last spring.

During the halt, an investor who had planned on converting the space into a restaurant moved on, taking $1 million he had invested into the building. At this point, RJM Construction, the company completing the renovations, stepped in and bought the $1 million mortgage from the investor.

The mortgage was later sold to an investment firm for $1.2 million. The Soap Factory board has until June 17 to raise the money to buy that mortgage back and retain the title to the building. The building owes an additional $1.25 million to RJM for already completed construction. Attendees of the Jan. 7 meeting expressed frustration with the organization’s lack of communication as these issues arose. While the community wants to help, many questions remained unanswered, said artist Andy DuCett, who sits on the Soap Factory’s artist advisory board.

“How [is it that] a nonprofit was able to take so much risk?” DuCett said. “It seems like an entire game playbook predicated on Hail Mary’s. And each Hail Mary [was] depending on that first one connecting.”

While community members have suggested ways to improve communication, Williams said financial issues have kept the board occupied.

“We’ve been having meetings with all the parties involved, we’ve been going through our books and we’ve been trying to put that stuff together,” Williams said. “So, that’s really where we’re putting our energies.”

Williams said the organization did lose sight of community members who wanted to be involved in the conversation, but the focus on finances seemed appropriate at the time. She said they are trying to meet with experienced community members before holding another town hall and putting groups together.

“And then, I think we’ll be ready to have a town hall, put some information out there that’s a little bit more detailed,” Williams said. “And at that point, there might be clarity around what those committees could do.”

Three local artists started a GoFundMe page in late December to raise $250,000 for the Soap Factory. It has raised over $11,000 as of Jan. 23. By raising one-fifth of the amount needed for the building, board members have a better chance of convincing investors to help the Soap Factory, said Patty Healy McMeans, one of the artists who started the page.

City of Minneapolis leaders, including Mayor Jacob Frey, have also expressed support for the Soap Factory. At the January town hall, Frey said the City has no clear solution for the organization.

“I could stand up here today and tell you we’ve got everything figured out,” Frey said. “The truth is that I can’t tell you that yet. But I’m going to do everything possible to make sure that the Soap Factory is really retained for the long haul.”