The students’ guide to the 2017 Minneapolis municipal election

Everything you need to know about your ballot on Tuesday, Nov. 7. 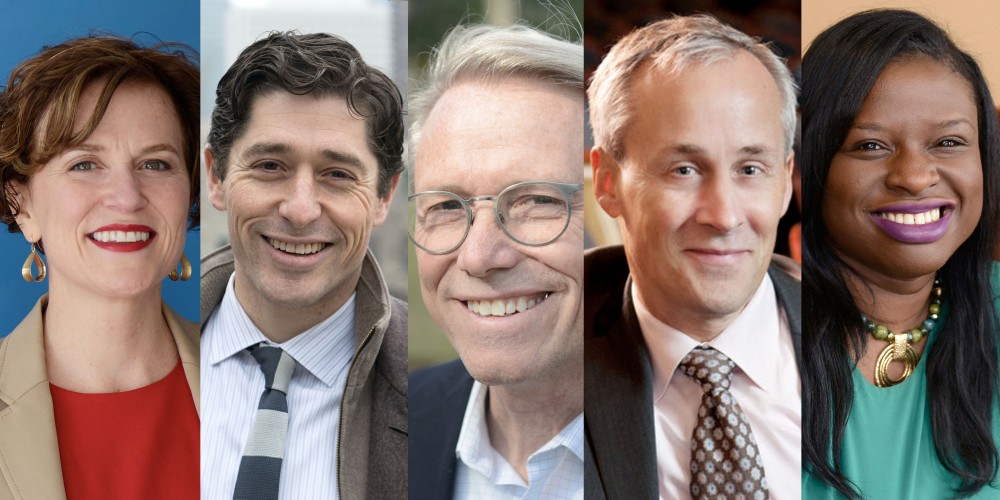 With the Minneapolis municipal election set for Nov. 7, learn about the candidates, rank-choice voting and where you can vote in the Minnesota Daily’s election hub. This year, positions in the mayor’s office, city council, park board and board of estimate and taxation are all up for election.

The election for mayor is expected to be a tight race, with no clear front-runner. Betsy Hodges, the incumbent mayor, faces stiff challenges from a variety of candidates including City Council Member Jacob Frey, State Rep. Raymond Dehn, businessman Tom Hoch, and civil rights activist and attorney Nekima Levy-Pounds.

Betsy Hodges is the incumbent. In her time as mayor, she pushed for policies that address racial and social disparities, while being an outspoken critic of President Donald Trump’s rhetoric and proposals. Hodges has received endorsements from Lt. Gov. Tina Smith and U.S. Sen. Al Franken, D-Minnesota, among other prominent politicians.

Jacob Frey was elected to the Minneapolis City Council in 2013, representing Ward 3. Frey has campaigned on initiatives focusing on police reform, minimum wage and paid sick leave, affordable housing and marijuana decriminalization. Frey has been endorsed by the DFL Environmental Caucus and Stonewall DFL, the party’s LGBTQ caucus.

Frey has a degree in government from the College of William and Mary and attended law school at Villanova University.

Raymond Dehn has been a DFL state representative since 2012, representing District 59B. Dehn is campaigning on affordable housing, police accountability and establishing Minneapolis as a sanctuary city. Dehn has received endorsements from the Minnesota Nurses Association, Minnesota Young DFL, Our Revolution National and state Rep. Ilhan Omar, DFL-Minneapolis.

Dehn has a master’s in architecture from the University of Minnesota.

Tom Hoch is a former founding president and CEO of Hennepin Theatre Trust and has served as deputy executive director of the Minneapolis Public Housing Authority. He has been credited with developing housing for low-income seniors and praised for his business experience.

Hoch attended college in St. Cloud, Minnesota and pursued graduate studies at the University of Minnesota. He has a law degree from Hamline University School of Law.

Nekima Levy-Pounds is a civil rights attorney, legal scholar and blogger and is the author of several articles and essays focused on racial justice, poverty and incarceration. She is a supporter of $15 minimum wage, and she is an advocate for the LGBT community and criminal justice reform. Levy-Pounds is endorsed by City Council members Cam Gordon and Elizabeth Glidden along with City Council candidates Andrea Jenkins, Samantha Pree-Stinson and Raeisha Williams, among others.

Levy-Pounds served as a law professor at the University of St. Thomas Law School for 13 years, as president of the Minneapolis NAACP and as an advisor to Black Lives Matter Minneapolis. Steve Fletcher is a technology professional, researcher and community organizer. Fletcher served as the founding executive director of MN Neighborhoods Organizing for Change and fought against marriage and voter ID amendments the organization saw as discriminatory. Fletcher has won the DFL endorsement for Ward 3, along with an endorsement from the Teamsters Union and Our Revolution Twin Cities.

Samantha Pree-Stinson is the Green Party candidate for Ward 3. A U.S. Army Veteran and former educator and associate director of education at Corinthian Colleges, Pree-Stinson is campaigning on increasing the low-income rental rate, expediting Minneapolis’s clean energy plan and including mental health response officers to the city’s police department. She received endorsements from the Green Party, the Sierra Club and Minneapolis Firefighters Association, Local 82.

Pree-Stinson has a degree in organizational psychology from Franklin University and a program management certification from University of California-Berkeley extension.

Ginger Jentzen is the former executive director for 15 Now, the main organization pushing for a $15 minimum wage in Minneapolis, and current Socialist Alternative candidate. She has also pushed for rent control, introducing a tenants’ bill of rights and police reform. She has been endorsed by the Minnesota Nurses Association, Our Revolution Twin Cities and Democratic Socialists of America, among others.

Tim Bildsoe is a Wells Fargo insurance manager, former 16-year Plymouth city council member and a DFL candidate for Ward 3. He serves as President of the North Loop Neighborhood Association and a member of the Steering committee for 2020 Partners. Bildsoe has campaigned on increasing access to affordable housing, supporting small business and repairing city infrastructure. He has also pushed for improved communication from City Hall, a modernized transportation system and improved pedestrian safety. Abdi Warsame is the incumbent Ward 6 council member, elected in 2013 as the first Somali-American in a municipal office. Warsame says he wants to pass a higher city-wide minimum wage, improve environmental regulations and strengthen communication between communities and the police department. He founded the Citizen’s Committee for Fair Redistricting, a group that participated in the redrawing the city’s wards. He holds the DFL endorsement, along with endorsements from U.S. Rep. Keith Ellison, D-Minnesota and state Sens. Kari Dziedzic, DFL-Minneapolis and Jeff Hayden, DFL-Minneapolis.

Mohamud Noor currently serves as the executive director of the Confederation for Somali Community in Minneapolis, which seeks to integrate Somali immigrants into Minnesota communities. He supports a $15 an hour minimum wage, increased access to home ownership and transforming the prison system from punitive to rehabilitative. He was selected to serve as a Minneapolis School Board director in 2013 and has run as the DFL candidate for the state senate’s District 59. He has run twice for the state House of Representatives for Senate District 60B. Noor has received endorsements from state Rep. Ilhan Omar, DFL-Minneapolis, and incumbent mayor Betsy Hodges.

For the fourth straight term, incumbent Cam Gordon will serve as Ward 2’s city council member. Ward 2 covers the University of Minnesota campus, some of West Bank and Como neighborhood.

Cam Gordon is running unopposed for his fourth term serving the city’s second ward. Gordon’s priorities for the coming term include fighting climate change in the city, supporting more affordable housing around the University of Minnesota and Augsburg campuses and closing racial and economic disparities in health, housing, education and the criminal justice system. Gordon has been endorsed by the Minneapolis Regional Labor Federation, the Service Employees International Union and TakeAction, among others.

Gordon has a bachelor’s of science in education from the University of Minnesota and completed graduate work in early childhood development and Montessori education. In District One, three candidates are vying for the position. District One encompasses most of the University area and surrounding neighborhoods. Chris Meyer, Mohammed Barre and Billy Menz are all pursuing the seat. Voters also choose one of nine candidates for an at-large commissioner.

Where you can vote

In Minneapolis, voting area is assigned based on home address. If you aren’t registered to vote, the city lays out how to be eligible come Tuesday.

Since 2009, Minneapolis has used ranked-choice voting, where voters rank candidates instead of voting for just one of the candidates. If no candidate is the first choice for a majority of voters, then all votes cast for the candidate with the fewest votes are redistributed to the remaining candidates based on who is ranked next on each ballot. The process gives voters more options and essentially eliminates vote splitting.