Yet another out-of-this-world charity concert is being organized by our cities’ biggest rap label. 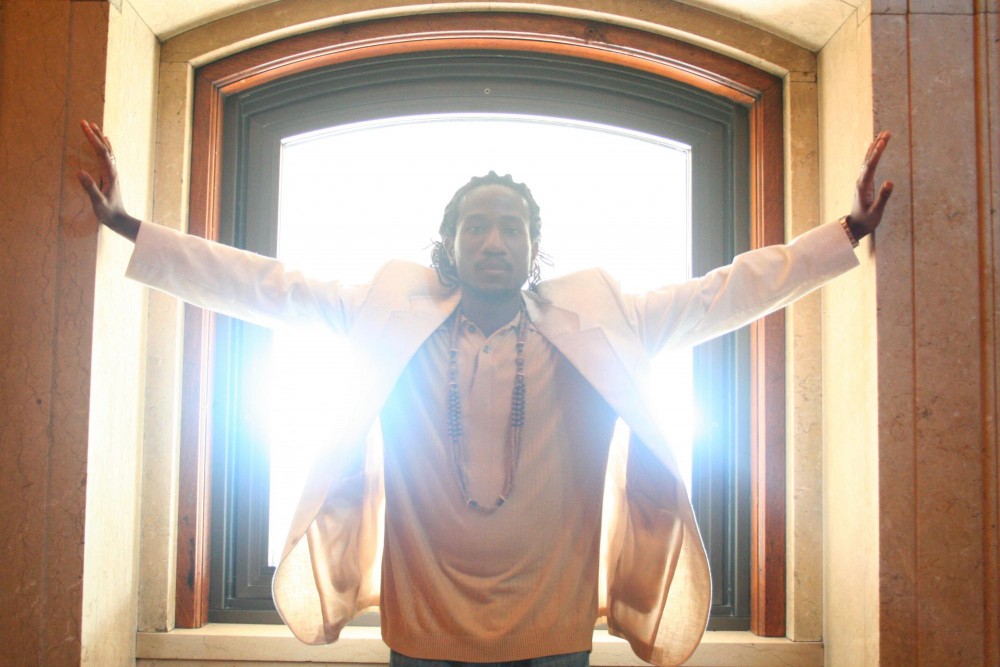 Toki Wright plans to give away his EP for donations to help Haiti. PHOTO COURTESY RHYMESAYERS ENTERTAINMENT

WHAT: Rhymesayers Presents a Benefit for Haiti WHO: Slug, Brother Ali, Sage Francis & B. Dolan, Freeway & Jake One, I Self Devine, Sims and Toki Wright WHEN: Tuesday, Feb. 9, 7 p.m. WHERE: First Avenue, 701 First Ave. N. Modern law of nature: When there is a disaster, there is a relief benefit. Given that the most recent disaster âÄî an earthquake in Haiti bulldozing an entire city, killing 150,000 plus âÄî was one of cataclysmic proportions, the instinct to help reverberated all the way up to our tundra-like climate. Rhymesayers, who are not only one of the most prominent music enterprises in Minneapolis, but also the most politically sincere, are taking a break from business to extend a philanthropic hand to Haiti. The label has gathered some of its heaviest hitters to raise money by encouraging fans to raise the roof, with 100 percent of the proceeds going to the relief effort. A&E caught up with one of those sluggers, Toki Wright, to try to make sense of the tragedy, and to talk about what part music can play in dealing with catastrophes. What went through your head as you started to hear that hundreds of thousands of people had died from the earthquake? Well I had an artist [Haitian Marie Suzette Pierre, who survived the earthquake, but lost her home and much of her family] that I had worked with in Canada, and I was immediately concerned about her whereabouts. I mean, that was my initial thought. How did you and Rhymesayers get in contact about doing a Haiti benefit? Well itâÄôs funny, I actually have a new [8-song EP called âÄúBlack MaleâÄù] that I was gonna give away. And I came up with the idea that instead of giving it away, I would ask for donations âÄî people could give whatever they want âÄî to give to an organization for the relief effort. Then I got in touch with Rhymesayers and they said they had a few things in the works, and that we could probably tie it all in together. And I threw my two cents in, and they threw their two cents back. Does the EP have any coincidental humanitarian or political undertones? Well I think most of my work usually does already. I got a grant from the Minnesota State Arts Board to do a project on African American men, especially in Minnesota. [It is] part of the African Diaspora, and the relationship between all Africans in the Western Hemisphere, how we all have a point of origin. What roles do you think hip-hop or music in general can play in dealing with disasters? I donâÄôt think this disaster would have even been recognized as much as it has without people like Wyclef Jean, who is able to have a relationship both as an ambassador to Haiti and as a hip-hop artist, and being able to reach out to people politically and in the entertainment field. ItâÄôs really media that carries the message on to the masses. Whatever that message is really depends on who is delivering it, and for it to come from an authentic place, someone who is not only a native of Haiti but can relate to masses of young people. The same people that put Barack Obama into the office by digging in their pockets and donating five dollars, two dollars or whatever they can to something they believe in. In his performance at the Hope for Haiti benefit, he really switched the tone from somber wallowing to uplifting. Is that what Rhymesayers intends to do? This isnâÄôt about crying âÄî there have been enough tears âÄî this is about working together. I remember my mother telling me a long time ago that she doesnâÄôt want any sad music played at her funeral. She said, âÄúI want there to be a party.âÄù I want people to understand the magnitude of whatâÄôs going on, but if a natural disaster hits and everybody is stuck in their devastation, nothing ever moves forward. We gotta maintain forward motion.