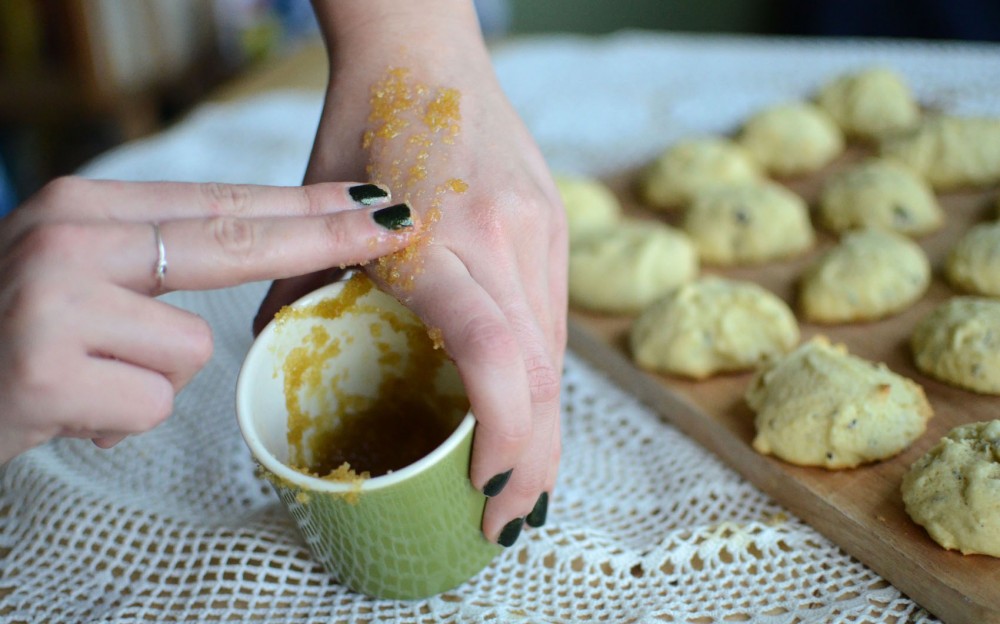 This sugary blueberry lemon soup is an ideal hot soup for skiers and is filled with spices.

Soup has the ability to turn the coldest of days into the coziest. A bowl of creamy tomato basil makes a tall stack of readings bearable. A mug filled with vegetable beef alongside the first paper of the semester lessens the blow of readjusting to the real world.

Obviously, this Kitchenista has a thing for soup. The question to you, fellow college cooks, is this: Why remain stagnant in the soup safety-zone? There is a wide, wide world of soup out there to explore, and canned chicken noodle doesn’t begin to graze the cusp.

Bridget Jones taught us one unfortunate way to make blue soup. Nordic skiers have shared a much more delicious recipe. Used as an all-natural energy shot during long, cold races in Sweden, this sweet soup is a great outdoor warm-up for those less athletically inclined, too.

Wash lemon, and slice it into wedges. Combine all ingredients in a sauce pan over low heat. Stir until all the sugar has dissolved. Once dissolved, continue to cook the mixture until the berries have softened. Remove the lemon slices and cinnamon stick. Blend the mixture with an immersion blender. Enjoy with a Swedish rusk. Adapted from Bon Appetit’s Blueberry Soup.

Vegetarians and vegans get very nervous eating soup at a restaurant. For those who prefer a meat-free diet, cautiously slurping a spoonful of unidentified soup can be dangerous. Meat can hide in small chunks at the bottom of the bowl or be masked as a murky stock.

Tell your animal-conscious friends to come over and bring a mug. This vegan dish slowly simmers all the flavor of rich vegetables and herbs into a stock while the potatoes and spices keep this soup hearty.

To begin, carefully wash leeks. This vegetable has a sneaky way of holding onto gritty dirt, which can turn a smooth soup into a gravelly stew. Cut the leeks into small pieces, and let them soak in a bowl of cold water for 5-10 minutes. Rinse. In a large pot over medium heat, melt butter. Add the leeks, and saute them until soft. Finely chop the parsley, carrots, potatoes and onion. Add them to the pot. Toss in the spices, and add water. Cover, and let simmer for at least two hours. Use an immersion blender to turn this chunky peasant stew into a refined feast for royalty. Blend until very smooth. Enjoy with a crusty baguette. Freeze leftovers in gallon freezer bags.

Used as a cure-all hangover treatment in much of Eastern Europe, this red borscht will have you feeling rehydrated and back on your feet after a night of heavy boozing. The vitamin-dense beets will give you a boost while you’re down, and the rich, salty marrow will satisfy those hangover flavor cravings.

In a large pot over high heat, combine half the beef with the bone, garlic, onion (peels intact), carrot, celery, leek, bay leaf, peppercorns and water. Bring to boil, then reduce to a simmer. Simmer covered for two hours. In a small sauce pan, cover beets with water and bring to a boil. When beets are tender to the jab of a fork (about 30 minutes), remove from heat. Let cool. Peel the beets and cube into small pieces.

Strain beef broth, removing all solids and saving the clear liquid. Return to the large pot. Add the cabbage, remaining meat and beets. Cook over medium heat until the beef is done and the cabbage wilted. Salt to taste Enjoy with a very large glass of water and some Advil. Adapted from Kate Ramos’ Borscht.

A soup can be so much more than the MSG-laden goo Campbell’s doles out in the grocery store. Get creative in the kitchen, and experiment with chowders, broths and consommÃ©s. Pretty soon, you’ll be able to list soup connoisseur in the “special skills” section of your rÃ©sumÃ©.