The University is having students support around $80 million over the next 25 years. 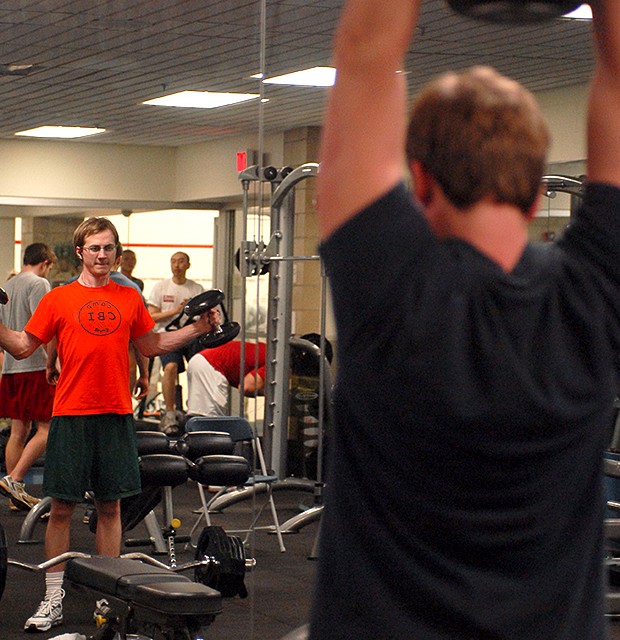 No plans are officially set, but the University of Minnesota is looking to beef up recreation center facilities, and students will be left to do the heavy lifting when it comes to paying for it. Future improvements include possible additions to the East Bank center, a satellite West Bank recreation center and new recreational sports facilities. In June 2008, the Board of Regents approved the Capital Enhancement Fee, which Chief Financial Officer Richard Pfutzenreuter said will support up to $80 million worth of debt as the University builds new recreational facilities sometime in the next two years. Current first-year students are paying $12.50 per semester for the enhancement fee, but it will increase until it reaches $75 in fall 2012 and will be paid by every student. âÄúI think everybody understands and realizes clearly that recreational facilities are important to student life,âÄù Pfutzenreuter said. The fee will be charged to incoming students each semester for around 25 years, which is the typical length of time for the bonds, he said. The University used a similar method to fund the 1999 Coffman Union renovation, Pfutzenreuter said. Students are still paying through Student Services Fees. The recreation center received new equipment last March, but Department of Recreational Sports Director Jim Turman said the facility needs to expand. Turman said a 2005 facility planning and program management study indicates that students are not content with the centerâÄôs size. The study showed that 69 percent of students would use the facility more if it was less crowded. The expansion would also help the University stack up better compared to other universities. Currently, the University offers 6.8 square feet of recreational space per student. The recommendation for a large urban university is 10 square feet. Ohio State University offers about 13.9 square feet per student, and students at the University of Illinois have 11 square feet to use, Turman said. âÄúI think we ought to be comparable to our other benchmark institutions that have adequate facilities to serve their populations,âÄù Turman said. Based on TurmanâÄôs recommendations, the University would have to add more than 160,000 square feet of recreational space to the current total of 346,800 square feet to be adequate. Turman said he believes more facilities will inevitably result in greater use and thus a healthier University. Finance first-year Mathew Marcussen said he didnâÄôt realize he was paying for the future facilities, but he said the additions are necessary. âÄúI go there nearly every day, but IâÄôd say the expansion is a great thing because it gets pretty saturated at times,âÄù Marcussen said. Although many students do not currently use the facilities, Marcussen said when they begin paying for them, they might become more enticed to use them.