Minnesota Hillel reopens building to students of all faiths this fall

Minnesota Hillel began remodeling its building last November. Now, it is navigating welcoming students back during the pandemic. 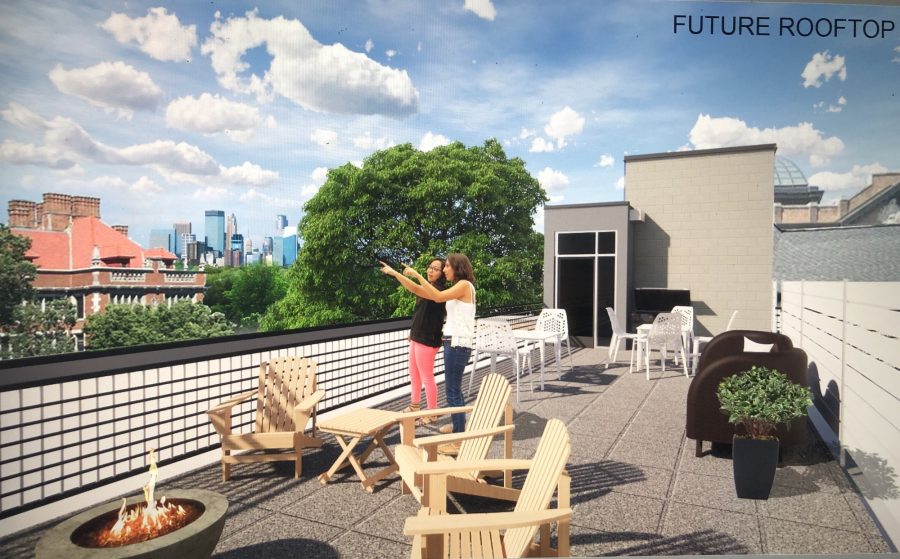 The University of Minnesota’s Jewish student group Minnesota Hillel is experiencing measured joy as they cautiously prepare for their new student space to open on campus this fall.

Hillel began remodeling its building on University Avenue last November, but the coronavirus pandemic continues to create uncertainty about how in-person spaces may be used when students return to campus. While Hillel develops its COVID-19 response, its leadership remains hopeful that they have built a space capable of serving many groups on campus beyond the Jewish community.

Executive Director Benjie Kaplan said Hillel works to be inclusive of all students. Kaplan said the organization has been on campus since 1940, and the original building opened in 1955. He said it was important for the organization to reimagine a space for today’s student.

“It was built for a different time and a different generation of students,” Kaplan said. “We realized that the facility was not modern enough.”

Hillel is the only Jewish prayer space on campus, and it hopes to offer its space to other religious organizations that may not have their own building, Kaplan said.

“That’s one of the drivers for us is having the only space,” Kaplan said.

In the interior, the remodel added energy-efficient renovations as well as an event center and study spaces. Hillel also remodeled one of the only Kosher kitchens on campus and added all gender-neutral restrooms.

Hillel is also adding a roof deck to campus overlooking downtown Minneapolis and Folwell Hall. There will be a new security system and an outdoor patio space on the front of the building. Kaplan said he is excited to take advantage of their outdoor spaces as students return to campus.

“Being able to have some safe healthy spaces will be good for us,” Kaplan said. In response to COVID-19, Hillel made all bathrooms hands-free and converted its board room into a Zoom room instead, Kaplan said. An online room reservation service will also be used for contact tracing.

Student leadership played an important role in figuring out students’ needs in the new design. Carli Shapiro, Hillel’s previous president, said leadership posted a basic blueprint for the building where students could fill in where they might want to see improvements.

Shapiro said her main goal was to make the space warm and inviting, and it was fun to see some of the ideas her peers imagined. One student suggested a room be converted into a ball pit and another suggested a skyway to Bordertown Coffee Shop.

Shapiro said almost every practical student suggestion ended up being part of the final plan, and she is excited about how students will use the space in the upcoming year. She sees Hillel being used as a community center for many different groups across campus.

“It’s crazy with COVID, but I’m excited to see what this physical space does for the Jewish community on campus,” Shapiro said. “It’s going to be such an opportunity to build relationships with other student groups on campus.”

During the remodel, all of Hillel’s programming moved to the YMCA on campus. Current President Kelsey Bailey said seeing updates on the new building has been exciting, and she was happy that Hillel’s different initiatives continued through the project.

“It was cool to have a home away from home, even if it wasn’t our building,” Bailey said.

During her freshman year, Bailey said she did not realize that people could come to the building whenever they wanted. She said she hopes it is a place where people can come do homework or hang out with friends.

“We didn’t realize we could go there just to study in our freshman year!” Bailey said.

While Bailey is excited about the space, she said Hillel is planning on taking a measured approach to open the building up to students. While other organizations may take different approaches, she said that student safety is a priority.

“I don’t know what other people are doing, but we are making sure it’s more cautious,” Bailey said.

Hillel planned to have a grand opening on Sept. 9 that will now be a much smaller ribbon-cutting ceremony with University President Joan Gabel. While the building will not allow full capacity right away, Bailey said she is excited for the future of how it will be used by the Jewish community as well as other campus organizations.

“It’s a really welcoming space, and you don’t have to believe one thing to find your people there,” Bailey said.