The Gopher women are competing in their third-consecutive NCAA cross country championship this weekend. 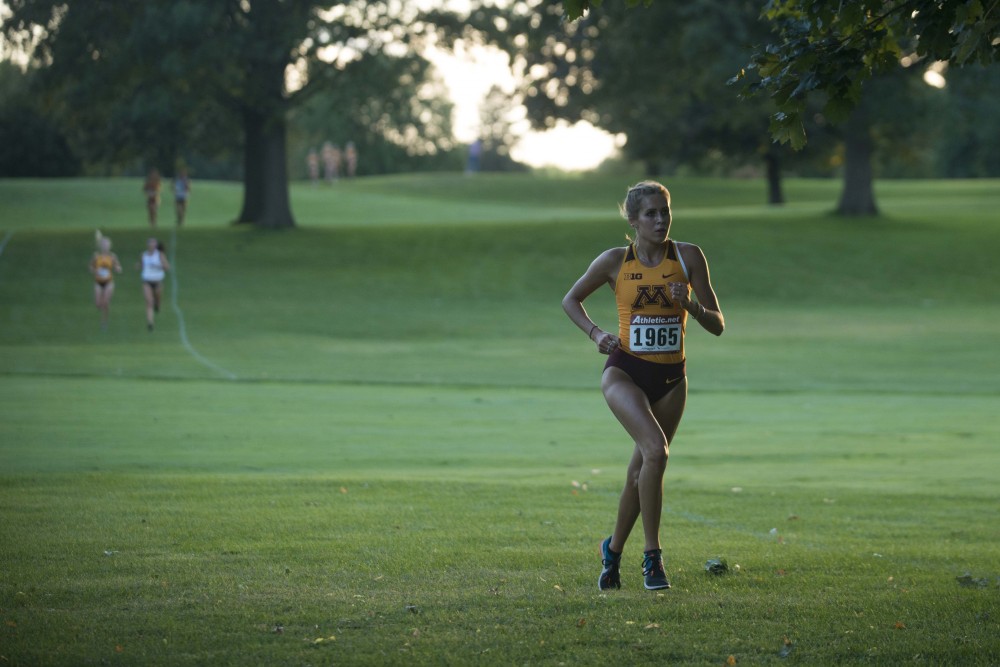 The Minnesota women’s cross country team will be one of 31 teams to compete in the final cross country meet of the season, this weekend’s 2019 NCAA Championship.

The top two teams from every regional meet qualify for the NCAA Championship. Heading into the Midwest Regional last weekend, Hopkins thought the Gophers would have a strong chance to finish first or second at the meet. However, Minnesota finished third at the regional meet and earned one of the 13 at-large bids awarded to teams.

“We’re in a good position that if we’re third, we have a really good shot of being there but we still got to take care of business,” Hopkins said before the Midwest Regional meet. “You might have some sense of what your points look like but you don’t really know until every region gets [to] run. You only score points off other automatic teams. We beat some of these teams that look to be automatic teams but they also have to hold up their end of the bargain on the day of the meet.”

This will be the third-consecutive season and 14th time in 15 years that the Gophers have appeared in the NCAA Championships. The team’s highest finish in the championship meet most recently was 18th in 2015. Last season, the Gophers finished 29th out of 31 teams.

Redshirt sophomore Anastasia Korzenowski leads the way for the Gophers heading into the championship meet, as she has been Minnesota’s top runner in four of the five main races of the season. Redshirt juniors Abby Kohut-Jackson and Sarah Werking also look to help the team’s performance, as they both earned All-Region honors last weekend along with Korzenowski. Korzenowski and Kohut-Jackson both competed in the championship meet for the Gophers last year.

The Gophers enter the meet as the No. 27 ranked team in the country. Arkansas is the top-ranked team, followed by Stanford, BYU and Washington. Colorado is also competing in the meet to defend its crown after winning the women’s championship last season.

Minnesota has had only one week to recover from the NCAA Midwest Regional meet in preparation for the championship meet. The Gophers will race in the last meet of the season on Saturday at 10:15 a.m. in Terre Haute, Indiana.